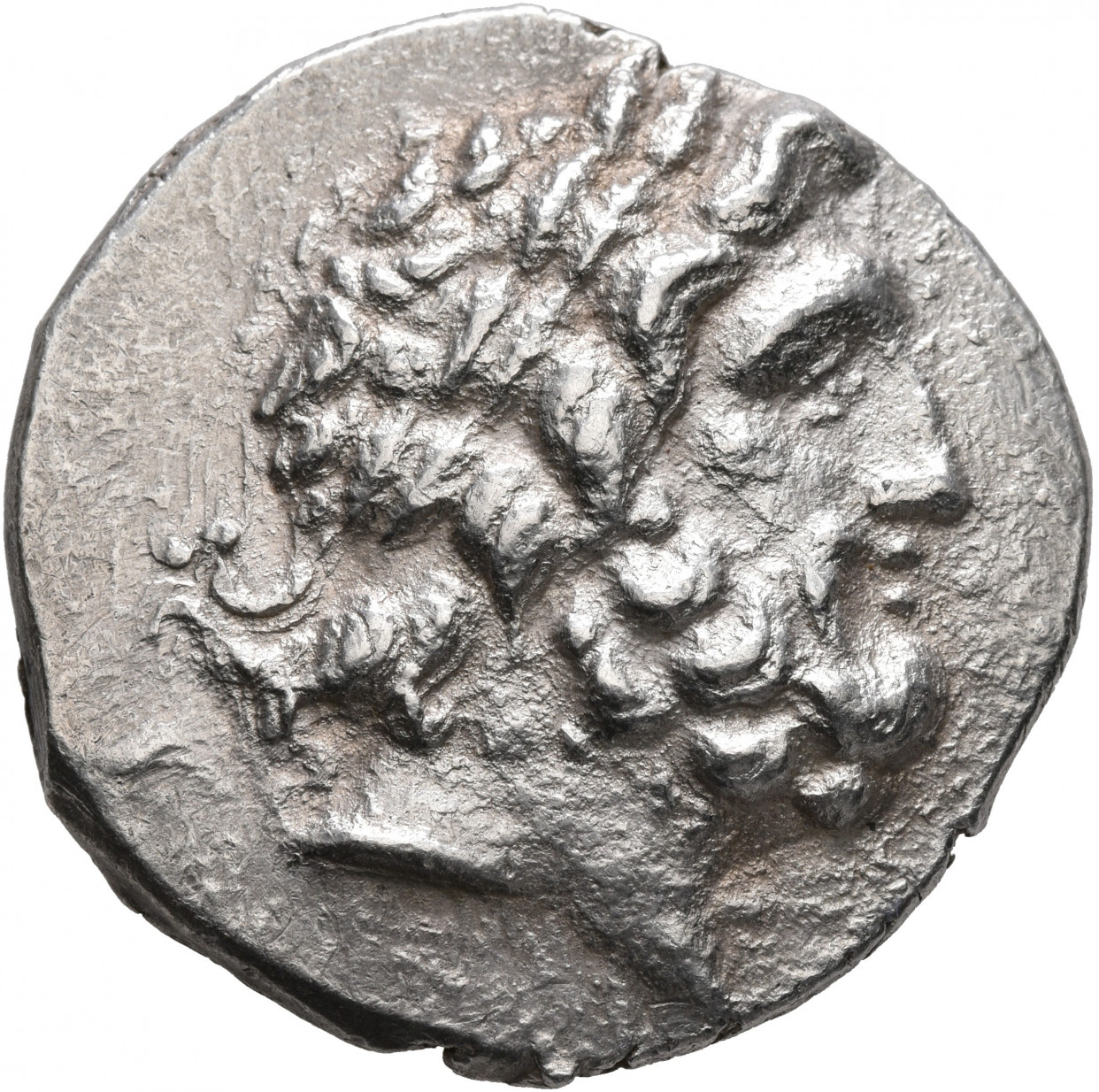 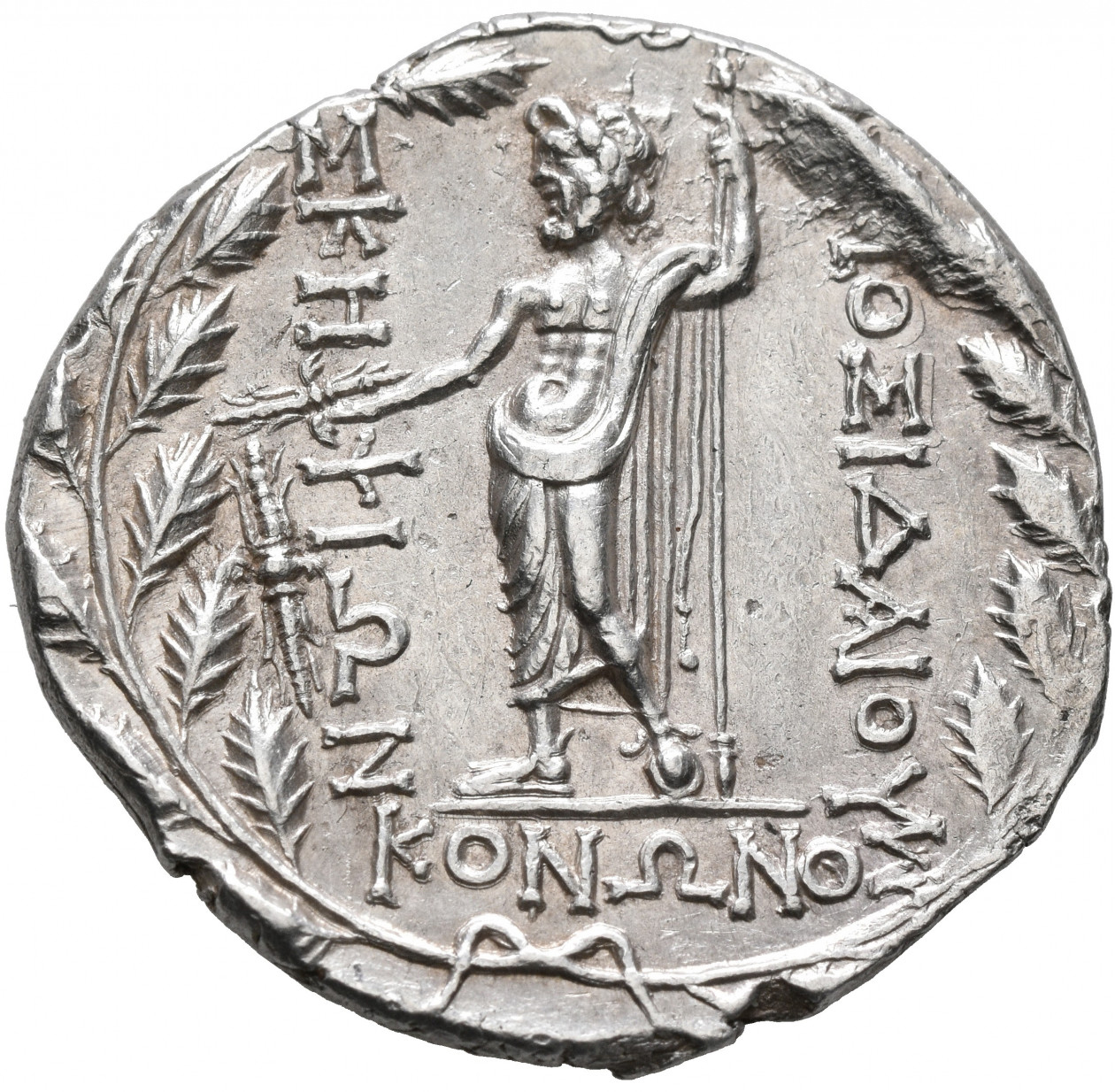 The coin selected as our Coin of the Month for September 2022 brings us to the Troad, representing a previously unattested silver issue of Skepsis that sheds new light on the city’s coinage, prosopography and religious history in the late Hellenistic period.

Prior to the appearance of this specimen on the market as Leu Numismatik 10 (21.10.2021) 2139, our knowledge of the city's Hellenistic coinage was limited to a few small issues of bronzes that cannot be compared with the city’s minting activity in the previous period. This coin is interesting first of all since it allows you to add another centre to the list of Troad cities that produced the so-called stephanophoroi. The appearance of stephanophoroi marked a significant innovation in Greek coin design, dubbed the Great Transformation. Its manifestation was not only the characteristic framing of the reverse images with wreaths, but also the focus on specific local cults with elaborate ‘portraits’ of deities on the obverse and their full-figure images on the reverse. Appearing in the 160s BC as part of a broader shift in the self-representation of Greek communities, issues of such coins, minted on the Attic weight standard, continued into the following century. The obverse of our coin shows the laureate head of Zeus, whose half-naked figure with a sceptre in one hand and a thunderbolt in the other we also find of the reverse. There can hardly be any doubt that in this case we are not dealing with a generalized image of Zeus, worshiped by all Greeks, but with the local cult of Zeus Idaios, the existence of which in the area is already attested by Homer (Il. 8.48, 16.604-605), and whose images, accompanied by an explanatory inscription ΖΕΥC ΕΙΔΑΙΟC CΚΗΨΙΩΝ, we find on the coins of Skepsis from the time of Commodus, Caracalla and Alexander Severus. In addition to the control 'thunderbolt' and the ethnic-name ΣΚΗΨΙΩΝ placed in the left field of the coin, the reverse also features two names in the genitive, ΠΟΣΙΔΑΙΟΥ and ΚΟΝΩΝΟΣ. Although the first of these does not seem to be attested in this form in Greek onomastics and coincides with the name of the month, which in the form Ποσιδεῖος is recorded, for instance, in the neighbouring city of Dardanos, we rather deal here with the Aeolian form of the Greek personal name Ποσίδειος. This name suggests the existence in the city of the festival of Poseidon, τὰ Ποσιδεῖα, known, for example, on Delos, as well as of the month Ποσιδάϊος / Ποσιδεῖος in the Skepsian calendar, in which so far only the months Thesmophorios, Phratrios and Lenaion were attested. The use in the name of the characteristic form of alpha with a broken crossbar suggests the first-century BC date, which in turn gives grounds to identify the second magistrate on our coin with Konon, son of Bakchios, who represented the delegation of the Skepsians in the decree from Ilion (I.Ilion 10) concerning the reorganization of the finances of the koinon of Athena Ilias. This Konon is the only person with a similar name attested in Skepsis and the entire Troad, except for one mention in Assos of an unknown date. Should this assumed identification be correct, the 77 BC date of the Ilion inscription also allows us to narrow the date of our coin issue to c. 85-70 BC. This coin deserves, however, a proper publication, which I am planning to do in the nearest future.