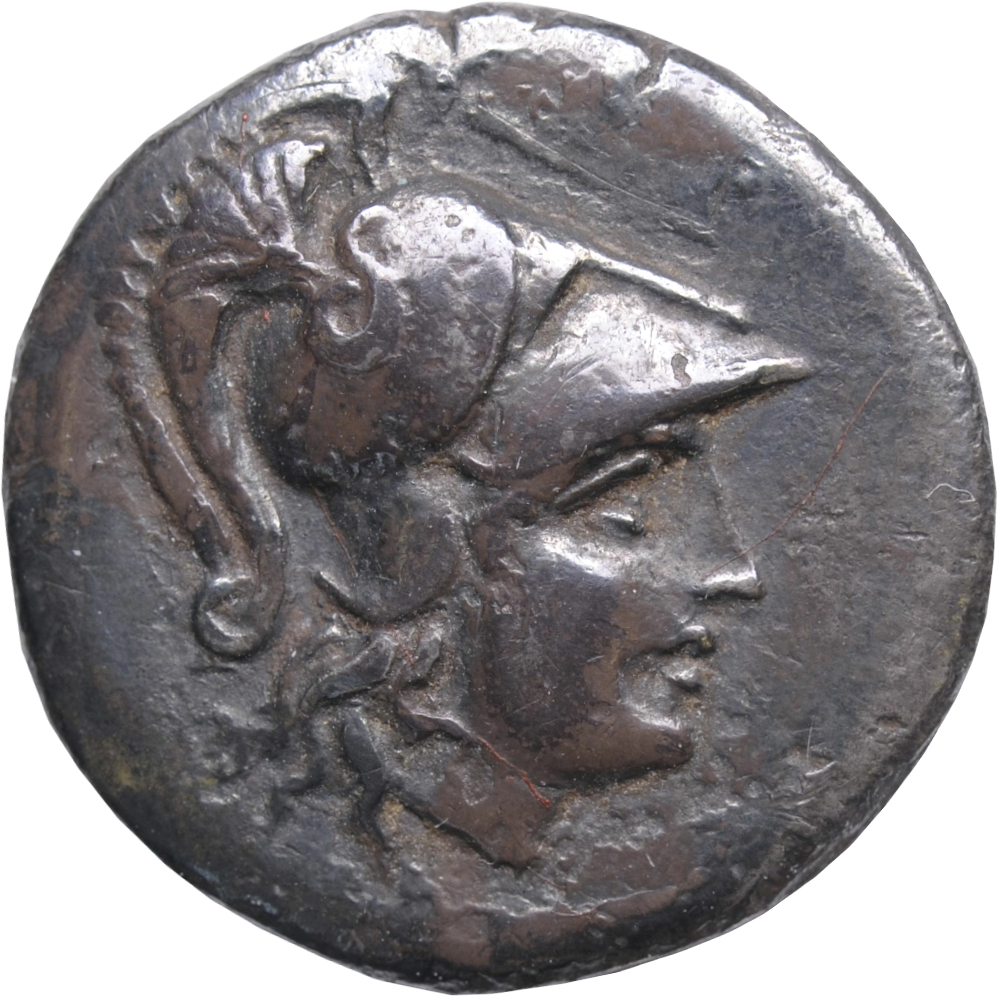 The coin selected as our Coin of the Month for June 2022 belongs to a short-lived early Hellenistic series, whose identity has troubled scholars for almost two centuries and, despite the wealth of proposed theories, remains a major numismatic riddle.

Much is said about these coins yet so little is known. The discussion that unfolded around them involved such outstanding authorities of the last two centuries as Ludwig Müller, Friedrich Imhoof-Blumer, Warwick Wroth, Lois Robert, John Cook and others. The series is represented by two main types, of which one is struck in silver and one in bronze. Silver coins feature the head of Athena wearing Corinthian helmet, while the bronzes show a female head usually identified as Hera. The reverses of both metals have a common design of a thunderbolt, which is accompanied by different control marks and the inscription ΑΙΟΛΕ. While the scholars generally agree about the early Hellenistic age of these coins, their interpretation and attribution to a specific mint caused significant controversy. Already in 1876, Imhoof-Blumer with his remarkable intuition dismissed the previously assumed connection of these coins with the Thracian Chersonesos and viewed them as an alliance coinage of the Aeolian cities, possibly produced in Methymna, on Lesbos. He justly drew attention to the fact that the finds of these coins are not characteristic of Thrace. The coin finds also remained the key argument in the hands of his opponents. Working from the fact that the majority of reported finds come from the Troad, they ascribe these coins to this region rather than Lesbos, regardless of whether this series is considered a civic coinage of an otherwise unattested polis (Robert) or an issue of a koinon of Aeolic cities (Cook, Lazzarini, Lenger, Ellis-Evans). Several scholars viewed Assos as the center and most likely mint of this presumed alliance. However, the attempts to support this attribution with typological and stylistic parallels in the coinage of Assos were not entirely successful. The fact that our database places these coins under Assos reflects the status of the published debate rather than the acceptance of such an attribution. A number of arguments put forward by Imhoof-Blumer still preserve their validity, suggesting that the discussion is far from being over. The intrigue persists, calling for a new in-depth study of this interesting coinage.