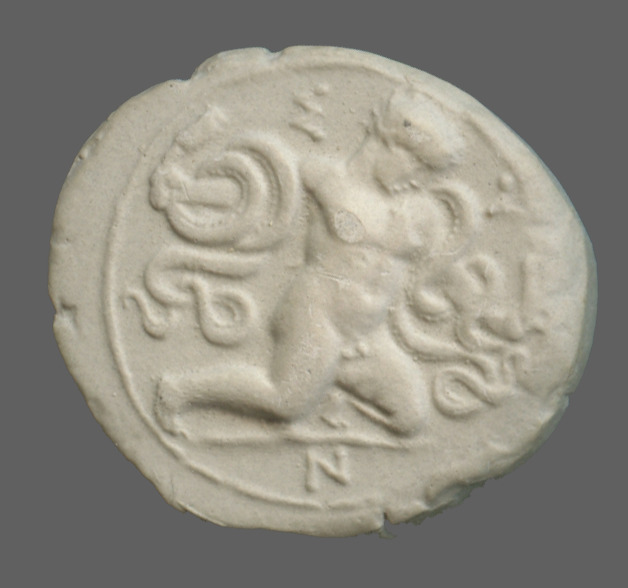 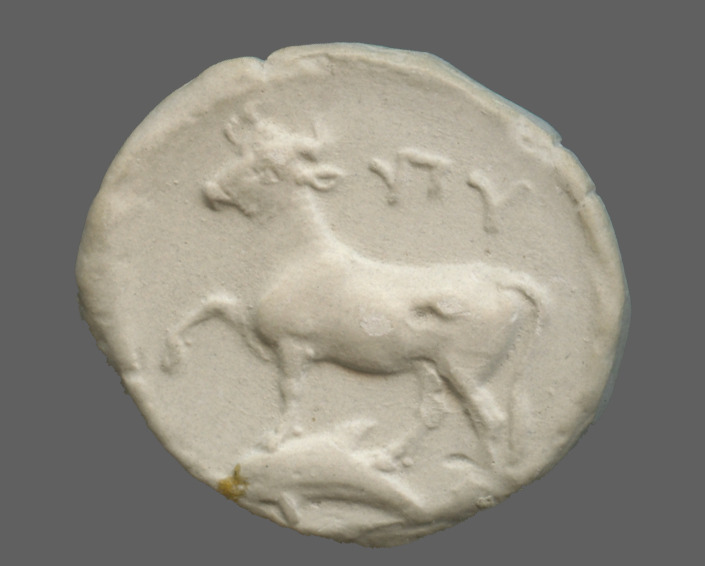 In May, finally, the complete typology of the coinage of Byzantium will be visible here on our website. We take this as an opportunity to take a closer look at a special coin as our Coin of the Month.

It is an alliance coinage, to which several poleis have joined. In addition to Byzantium, coins from the cities of Kyzikos, Ephesus, Samos, Iasos, Cnidus and Rhodes are known. These coins share a common obverse image: the naked Heracles boy fights with two snakes, the letters ΣΥΝ can be found in the field. The depiction on the round coin is dynamic and balanced, the winding snake bodies around the arms stretched out on either side of the body offer a good opportunity to fill the space.
Each participating city designed the reverse of the coins according to the model of their own coinage, naming the city. In this conceptual approach, the alliance coinage of the 4th c. BC  is comparable to the design of our current euro coins, which also have common obverse motifs with the denomination and for which each member country may issue its own reverse motifs, which are often based on motifs from their previous currency. In Byzantium, the emblematic obverse motif of the city's coinage, the cow on the fish, was chosen as the reverse motif.