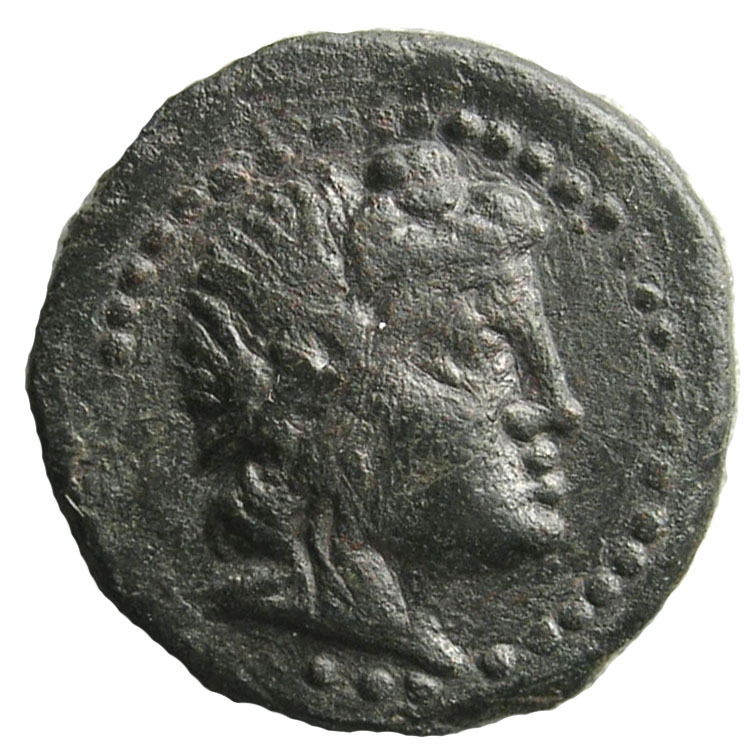 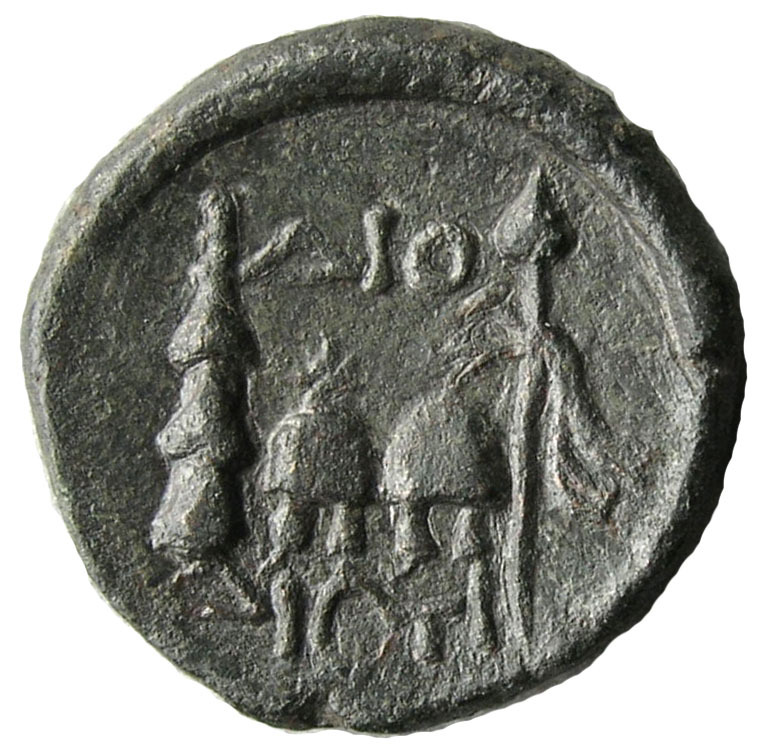 A small late Hellenistic bronze coin from Dionysopolis provides a hitherto unknown name of a local coin official. We invite you to discover a coin depicting on its reverse the attributes of three different deities: Heracles, the Dioscuri, and Dionysus.

Dionsyopolis, modern-day Balčik on the west coast of the Black Sea, began minting coins in the 4th century BC and also issued bronze coinage with some interruptions during the imperial period from Antoninus Pius to Gordian III.

The coinage of Dionysopolis was first studied by Behrendt Pick in 1898 as part of the Berlin Corpus Project, after which the body of material has grown up considerably. The publications by Leon Ruzicka (1917), Viorica Canarache (1957), and Dimitar Draganov (2000) have expanded the number of known types of the autonomous bronzes from three to 38. In 2014, Jannis Tačev published his doctoral thesis on the coinage of the city, which presents additional types (now 65) and varieties, as well as a comprehensive catalogue of dies (Sofia 2014, 22020).

The type of the coin presented here is attested: its obverse pictures the wreathed head of Dionysus. This image is natural for a city whose name refers to this god. According to Pseudo-Scymnus, the settlement of Krunoi had received its new name Dionysopolis because of an image of the god, which allegedly was washed ashore at this location. The reverse of the coin shows the piloi of the Dioscuri, as suggested by the two stars discernible above them. A club and a thyrsus, which represent the attributes of Heracles and Dionysus, respectively, flank this image. Above them, an abbreviated ethnic-name ΔΙΟ is clearly legible. Another name, ΔΙΟΤΙ, which we read below, is that of a local official. A common practice of placing the names of magistrates on the coins, be it in the form of monograms, abbreviations, or written in full, is also attested in this west-Pontic city. However, the name Dioti(mos) was hitherto unknown in the coinage of Dionysopolis and adds to the list of local coin officials. Also in the city’s anthroponymy, the name Διότιμοϛ seems to occur for the first time, as suggested by the Lexicon of Greek Personal Names (LGPN), although it appears elsewhere in the region. Draganov and Tačev mention this type with magistrate names ΗΡΑΚΛΕΙ( ), ΑΚΟΡΝ( ), and ΔΙΟΝ( ). A Dionysius is also attested on other types, but our COM suggests that there was another magistrate whose name also began with ΔΙΟ - the ΔΙΟΤΙ(μοϛ).