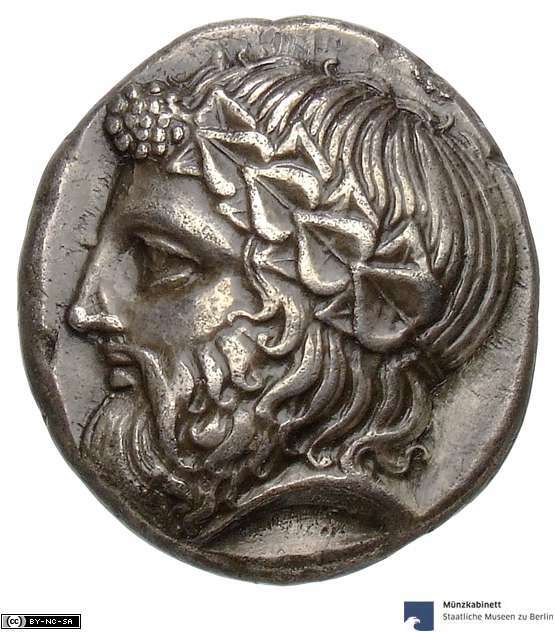 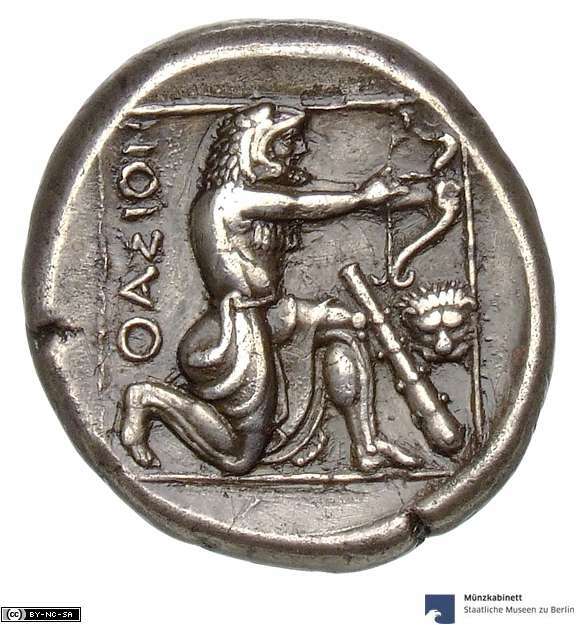 For October we travel to the beautiful island of Thasos and take a closer look at its coins. The output of the island's coinage in silver and bronze was massive during some periods of its history and found a lot of imitators on the mainland.

The presented splendid tetradrachm comes from the 4th c. BC and is showing two main motifs of the island's coinage from its second mitning period on: Dionysos and Heracles. On the obverse a bearded head of Dionysos with a wreath of ivy to the left is shown . The reverse is depicting Heracles in an archaizing manner with a linear square reminiscent of the quadratum incusum. The hero is kneeling and draws his bow, his club is leaning against his knee. The series - in addition to tetradrachms, drachms are minted wih the same types - can be distinguished by symbols in the space between the frame and the club. In the case of our Coin of the Month a lion’s skinhead, but as you will find in our typological database there are also among others a shield, a grape, a lyre, a cicada, a kerykeion as well as different monograms.

A feature of the thasian coinage is that both gods are presented in a young and an old version. As Simone Killen has shown in her research on Greek parasema both Heracles and Dionysus are not only depicted in the coinage of the island but also on its bricks, market weights, measuring cups and votive gifts and where serving as parasema of the city of Thasos.