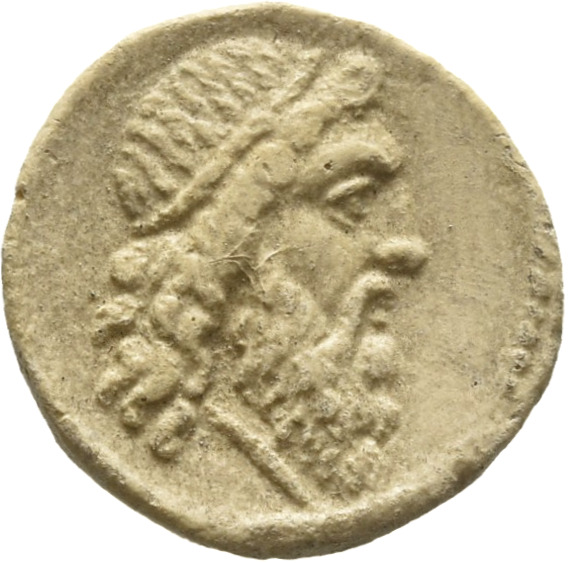 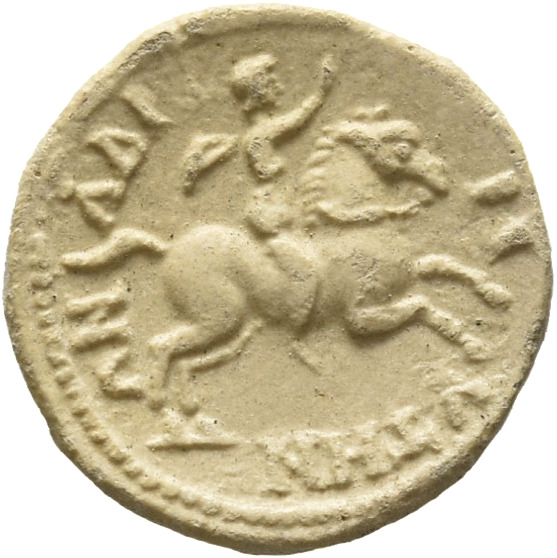 July 2021: The Lydian City Founder Adramys on the Coin Image

It’s all in the details. Whether it’s a laurel wreath or taenia is an important distinction, which can be seen in a coin emission from Adramyttion about the Lydian king’s son, Adramys.

On the small bronzes of the city of Adramyttion with an average diameter of 14-15 mm, a bearded head with taenia to the right appears several times. These types have been variably dated in the literature, but we are of the opinion that all of these types were minted in the imperial period. The head has been described as Zeus, which is the most common coin motif in Adramyttion. Hans von Fritze identified and described the taenia, but drew no conclusions from it. Yet it is this attribute that clearly distinguishes this head from the bearded father deity who identifed as Zeus by the laurel wreath. The taenia has been the mark of royal rulers since the Hellenistic period. Additionally, it is a mark of people revered as heroes, such as rulers and city founders. This is how it is meant here. The coins show a reconstructed portrait of Adramys. He is depicted as a bearded man in the way Lydian rulers had been portrayed in art since the 5th century BC. The portrait typologically resembles representations of founding heroes, who are usually depicted bearded and wearing heroes' bandages. The emergence of this coin image during the imperial period finds a parallel in neighbouring Pergamon, which during the Domitianic and Hadrianic periods also depicted a founding hero on its small bronzes, whom it clearly named by the accompanying coin legend ΠΕΡΓΑΜOC.