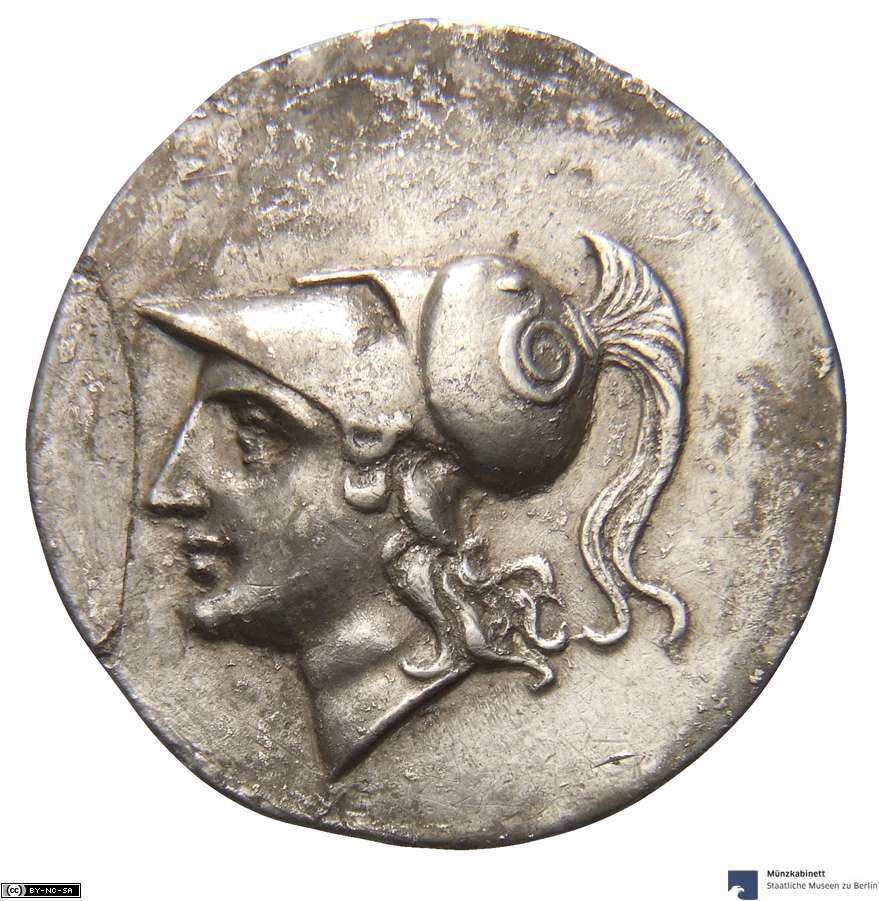 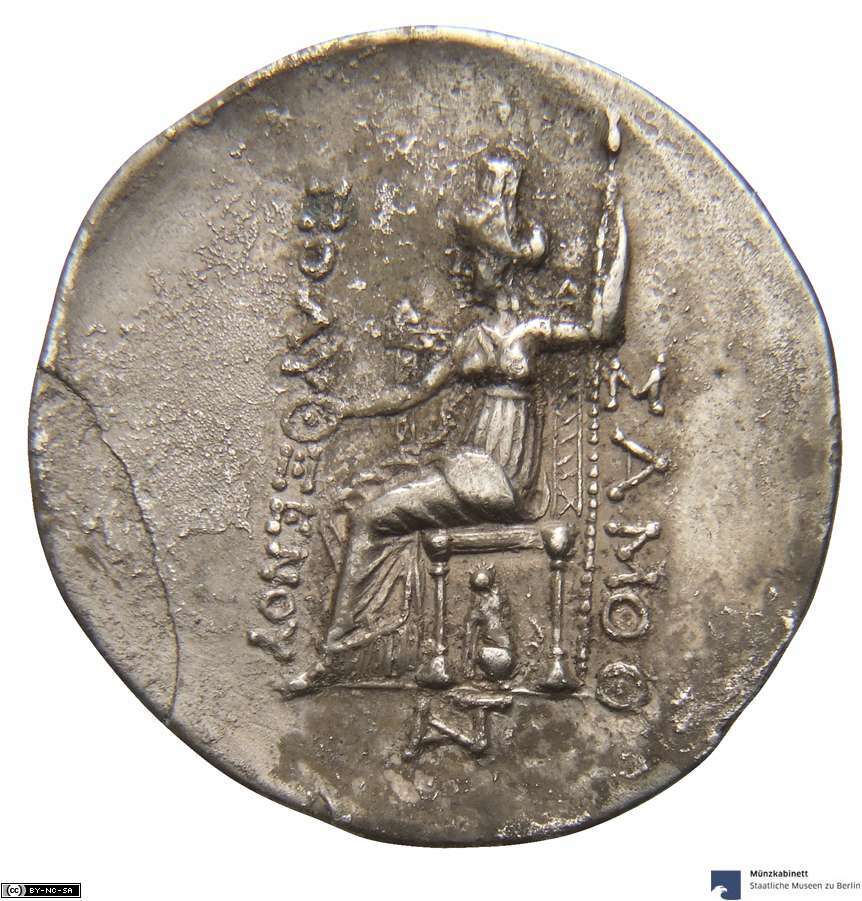 For the first month of this summer we would like to travel with you to the Greek island of Samothrace! Samothrace is located in the northern Aegean Sea between Thasos and Imbros and was once the home of the second most important site for the mystery cult in Greece, the Sanctuary of the Great Gods (Megaloi Theoi). Homer called the island Thracian Samos, revealing its Thracian roots.

According to the Iliad, the Greek sea god Poseidon is said to have watched the Battle of Troy from the island’s Mount Saos (also Fengari).

Our type for June is represented by only two specimens. This Hellenistic tetradrachm in the Berlin Münzkabinett was included in the IGCH 1774 hoard, which was discovered in 1901 in Babylon and was presumably buried around 150 BC. The silver coins have an average weight of 16 g and a diameter of 36 mm. This type features on the obverse the head of the goddess Athena to left wearing a Corinthian helmet. On its reverse a goddess, seated on a throne wearing a chiton, himation, and polos is shown. In her left hand the goddess holds a sceptre and in her right hand a patera, a ritual vessel for pouring libations. On this particular coin a lion is seated beneath the throne. In exergue a monogram of AT can be recognized. The Greek letters ΣΑΜΟΘ on the reverse are the abbreviation for the ethnic name ΣΑΜΟΘΡΑΚΩΝ and indicate that the coin is a local Samothracian issue. The city’s magistrate ΠΟΛΥΞΕΝΟΣ, whose name is also attested on bronze coins as ΠΟΛΥ[ΞΕΝΟΣ], can be read.

The identity and nature of the deity on the reverse still remain largely enigmatic. A goddess known as the Great Mother was the central figure of the pantheon of the Great Gods in Samothrace. Although the goddess worshipped locally in the sanctuary was known as Axieros, also associated by the Greeks equally with Demeter, most scholars have identified our seated goddess as the Anatolian mother goddess Cybele. This type of the seated goddess on the reverse is the best known of the Samothracian issues of the bronze series in the Hellenistic period. However, the civic silver coinage of Samothrace of the 2nd century BC consisted only of a tetradrachm and didrachm emission featuring Athena and “Cybele”.