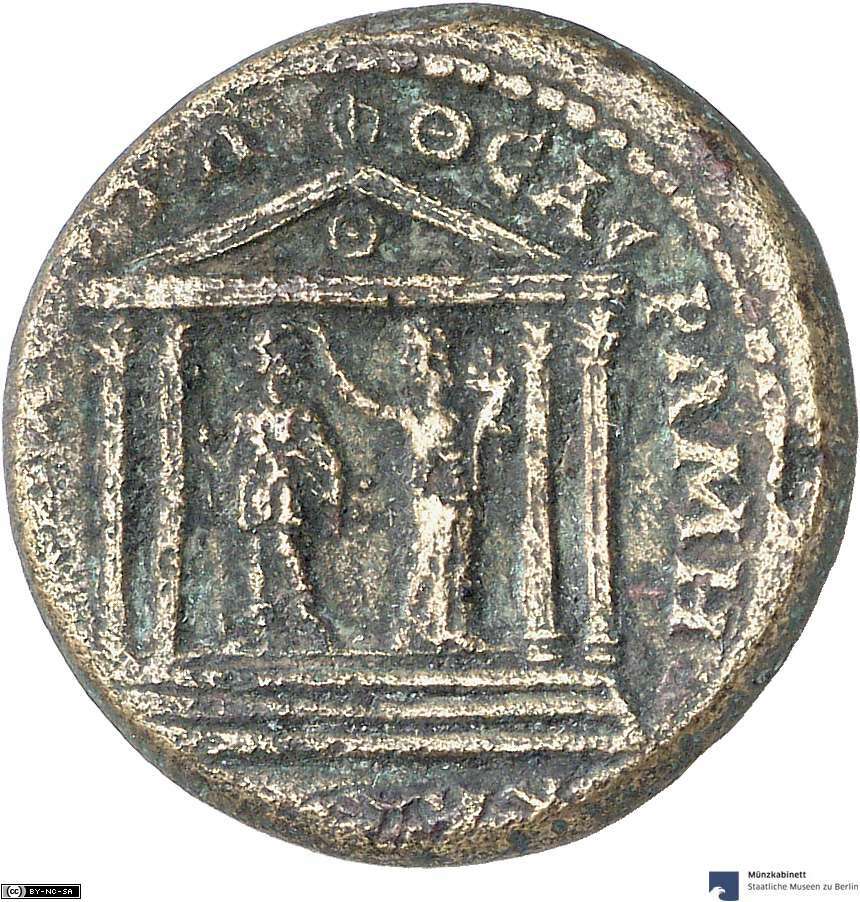 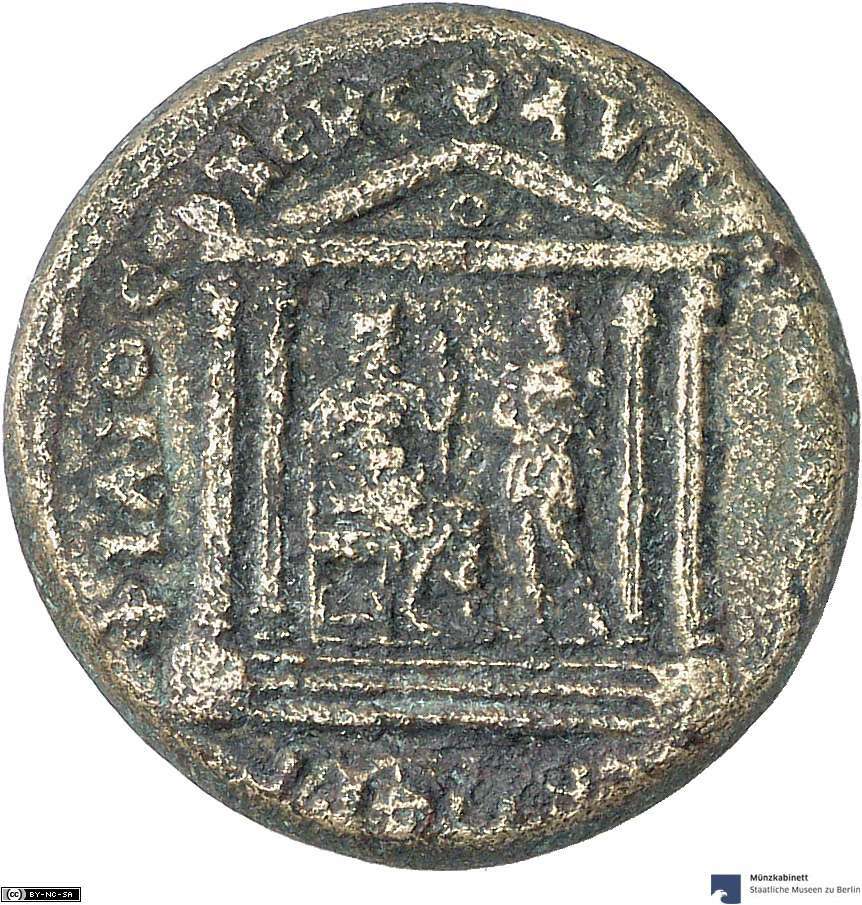 The Coin of this Month is presented by Andrea Gorys and Bernhard Weisser.

The Book of Revelation locates Satan's throne in Pergamum, but what is meant by this? The imperial coinage of the city provides the answer.

The Book of Revelation (the Apocalypse of John) is usually dated to the final third of the 1st century AD. The epistle to several cities in the then-Roman province of Asia must be understood within this chronological context. In it, the prophet calling himself John addresses the Christian communities of seven cities, including Pergamum (Rev. 2:12-16).

There it says: “I know where you dwell: there, where the throne of Satan stands. And yet you hold fast my name and have not denied faith in me, even in the days when Antipas, my faithful witness, was killed among you, in the place where Satan dwells.” (Rev. 2:13). For the author, Pergamum was not only the city where Satan's throne was located, but also the place where the Devil himself dwelt. The author assumed that his Christian readers understood what he meant by the 'throne of Satan' in Pergamum.

Information about how the city was perceived in the first and second centuries AD is illustrated by coinage. The emissions, issued by the governor of the province of Asia, included silver so-called cistophores, which corresponded to three Roman denarii. On different series of these cistophores, the portrait of Augustus is shown on the obverse, but the reverse depicted the emperor's cult temple, where all non-Roman inhabitants of the province of Asia worshipped the emperor Augustus and the personification Roma since 29 BC. It was the first temple for the emperor cult (a so-called neocoria) in the province of Asia. These coins circulated throughout Asia Minor and beyond (example: CN_40218).

The emperor's cult was associated with festivals (Romaia Sebasteia), which were based on the Olympic Games. The cultic image of the emperor himself was sacred and served as a pars pro toto of the ruler. There were sacrifices to the emperor and Roma, as well as games. The supra-regional importance of the emperor cult of Pergamum can also be seen in the fact that wealthy elites from other large cities would repeatedly provide their chief priest (archiereus) of the emperor cult for this purpose. All this generated income and increased the esteem of the city of Pergamum, at least in Rome and among the notables of the other cities of Asia Minor, who competed with each other for prestige.

The municipal coins of Pergamum offer evidence of the importance that the city itself attached to the imperial cult. From the Augustan period onward, the imperial cult and the close connection to the Roman imperial house were the main themes of Pergamum's municipal coinage. Other themes would have been quite possible, as Pergamum's coinage, which dates back to the 5th century BC, would have offered attractive models. However, unlike the neighboring Adramyttion, for example, the decision was not made to maintain a continuity of images, but rather to try to convey the new form of rule and proximity to the emperor to fellow citizens and other users of the city's money. Until Flavian times, the pictorial themes focus exclusively on the temple of Augustus/Roma and the Roman imperial house.

It was not until Domitian that other pictorial themes were gradually added to Pergamum's municipal coinage. Already under Trajan, however, the emperor cult again played a central role in this coinage, when the city, again as the first metropolis in Asia Minor, received a second emperor cult temple, this time for Trajan and Zeus Philios.

The coin of the month from the Münzkabinett, Staatliche Museen zu Berlin, focuses on the granting of the second neocoria temple.

While the Temple of Augustus has not been located and may have been a central site of Augustan urban expansion at the foot of the acropolis hill, in recent decades the Trajaneum on top of the city’s acropolis has been uncovered and carefully conserved for restoration. As the competition between the cities of Asia Minor for importance and cultural precedence intensified in the following years, Pergamum repeatedly emphasized in its coin inscriptions that it was the first of all the cities (of the Roman Empire) to be granted two imperial cult temples.

Like their contemporaries, Christians rightly perceived Pergamum in the first and second centuries as the center of the imperial cult in Asia Minor. What the other cities looked upon with some envy, however, was problematic for Jews and Christians. The compulsion to worship the emperor as a god meant a central conflict of faith for them, even though the doctrine of the two kingdoms provided for the acceptance of Roman sovereignty, including with regard to taxes and executive power (e.g., Mrk. 12:17; Rom. 13:1-7; 1 Pet. 2:12-14). In this respect, the ‘throne of Satan’ can only have indicated that Pergamum was the supraregional center of the imperial cult.