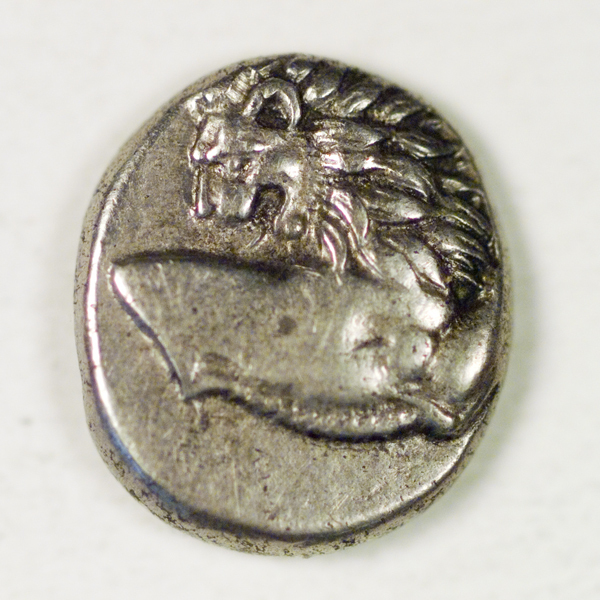 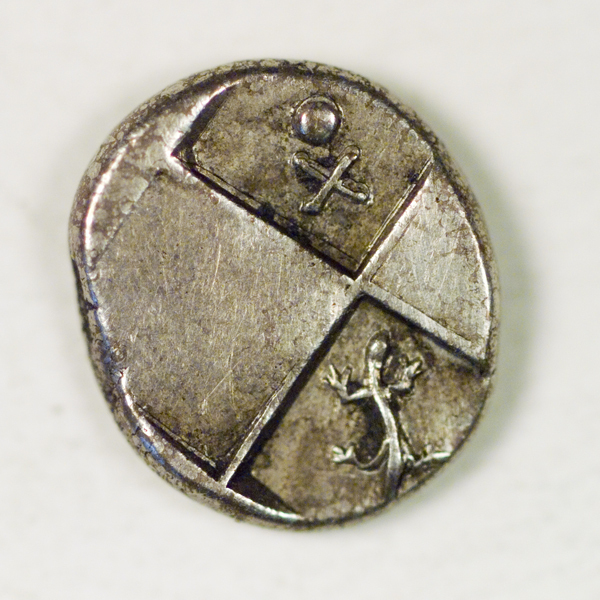 August means vacation, finally time to devote yourself to the very small, seemingly irrelevant motifs sometimes found on coins — the symbols. These small images are often found on the edge of the primary motif on Greek coins and are interpreted with a constant coin image in such a way that, like letters and monograms, they serve to differentiate emissions from one another.

A common Thracian example of this phenomenon is found in Ainos, with its goat on the reverse that is often accompanied by smaller symbols in the lower left or right field. The whole series can be easily viewed by entering ‘Ainos’ in the search bar at Corpus Nummorum.

This month, I would like to introduce a special series of coins from Thrace that shows these additional characters in combination with monograms and letters as the only images in the fields of a quadratum incusum.

There is great deal of uncertainty regarding the dating of this series, the standard and denomination used for it, and its place of manufacture; we only know that it is a silver series from the Thracian Chersonese, which could be interpreted as the common currency of the peninsula, since the coins manufactured there were otherwise only minted in bronze. The obverse of the anepigraphic series shows a lion protome right with its head turned back and on the reverse a quadratum incusum with four segments. In the two lower ones, there are various monograms, letters and symbols that appear alone or combined with each other, as our example from Princeton shows.