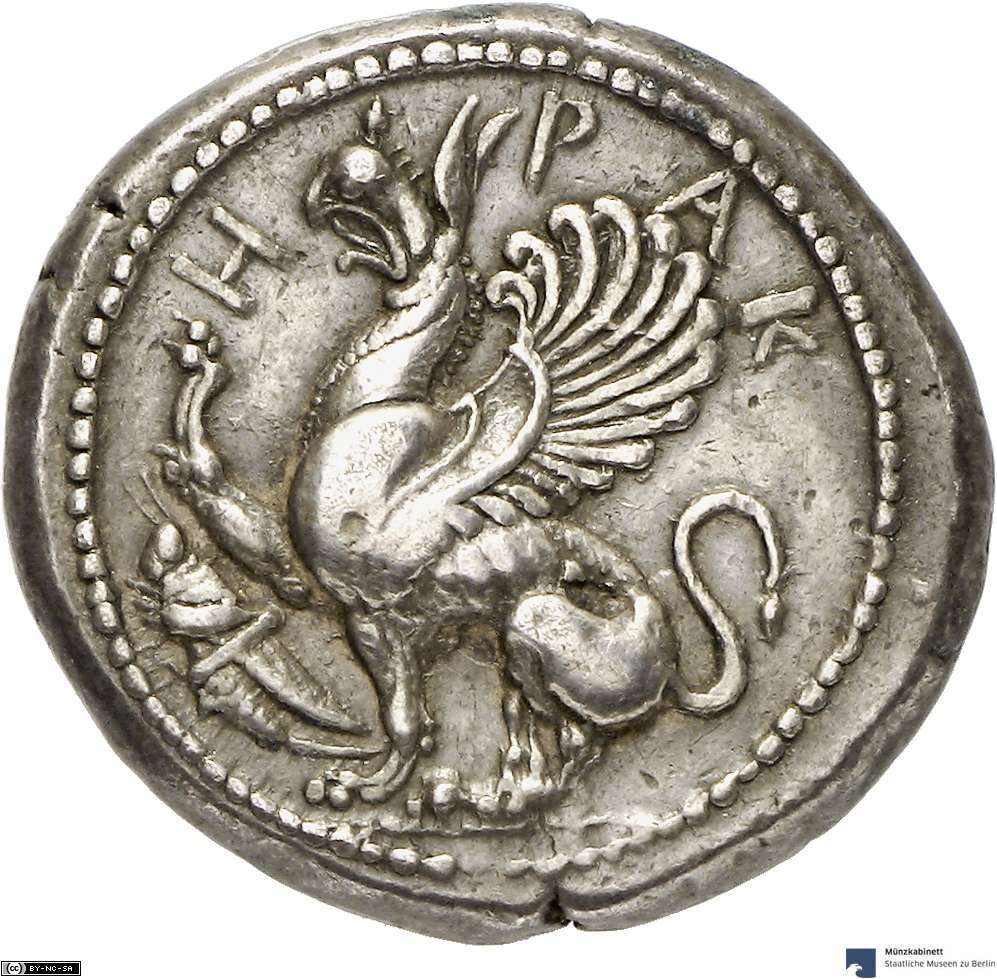 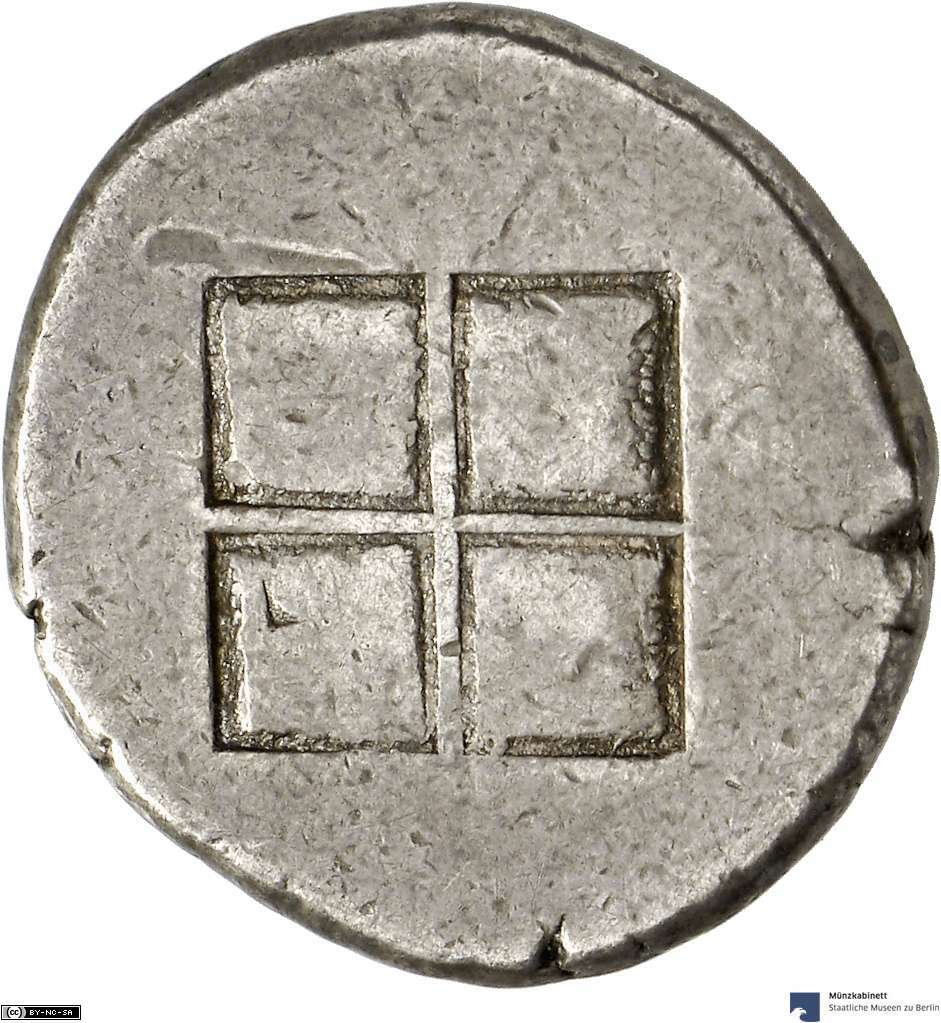 The April 2020 Coin of the Month was selected by Desirèe Brunsch, student assistant in the Thrace project section in the Berlin Coin Cabinet. She comments on this coin from the coastal Thracian city of Abdera: “On the obverse you can see a very detailed griffin with a cicada beneath its claws, a legend and a border of dots. This suggests a high level of skill in creating the die and in production. Why is there a quadratum incusum on the back that requires little skill? What is the significance of the quadratum incusum? Why didn't they choose a more elaborate motif?”

The coin chosen by Desirée dates back to the first half of the 5th century BC. It shows the motif of a griffin (typical of Abdera) on the obverse and a quadratum incusum on the reverse, even though coins with figurative designs on both sides were quite common at that time.

At the beginning of coinage - whenever that was exactly, probably in the 7th century BC - we often come across coins where only one side has a figurative design (though there were also coins with a figurative motif on both sides minted in parallel - albeit much fewer in number). The second side of the coin, which forms the upper side in the minting process and which we understand to be the reverse, is also 'designed' on these early coins. Here we find the imprints of one or more square, rectangular, or other shaped punches.

In comparison to these early specimens, the coin from Abdera shows a high degree of stylization in the representation, concerning both the image on the obverse - the griffin - and the reverse, whose quadratum incusum is very symmetrically and evenly filled. Formalization and standardization can be observed in the minting series to which this coin belongs. The coins have a regular round outer shape and a similar thickness. The border of dots on the obverse serves to delimit the image, and it was obviously important to place it as completely as possible on the blank. In the next series names of officials on the reverse surround the incusum, causing it to shrink. Presentations of figures and objects would soon be shown in this small central square. However, these representations change as often as the official names and could possibly have been related to them.

The answers to Desiree's questions are complex and only partially certain. The appearance of the coin presented here could have been the result of a deliberate decision to use an archaizing design. Perhaps there was no need for a second figurative motif, or it could not be decided which one to choose. Originally, the punches or incusa of the reverse were witnesses to the manufacturing process, which also served to make the material visible and thus possibly to guarantee the authenticity of the coin.