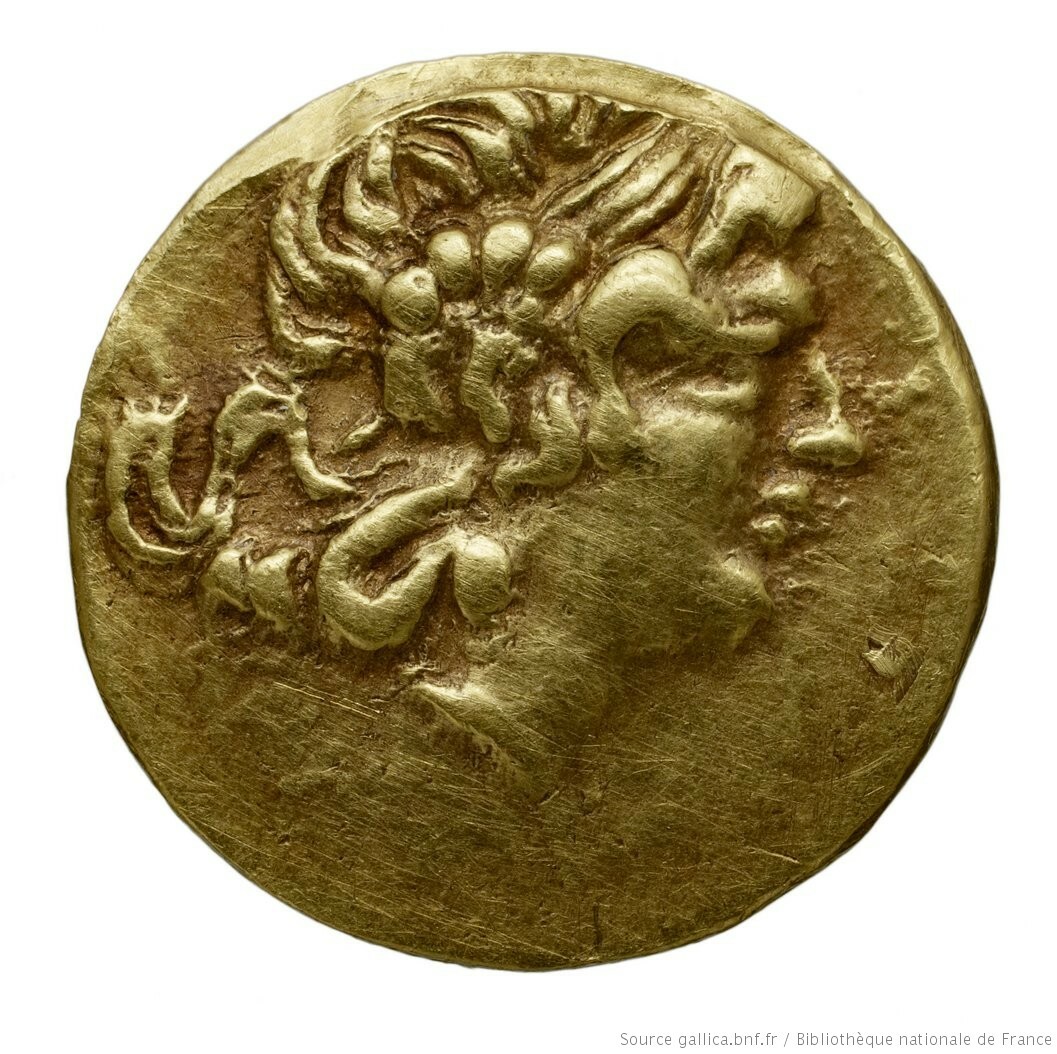 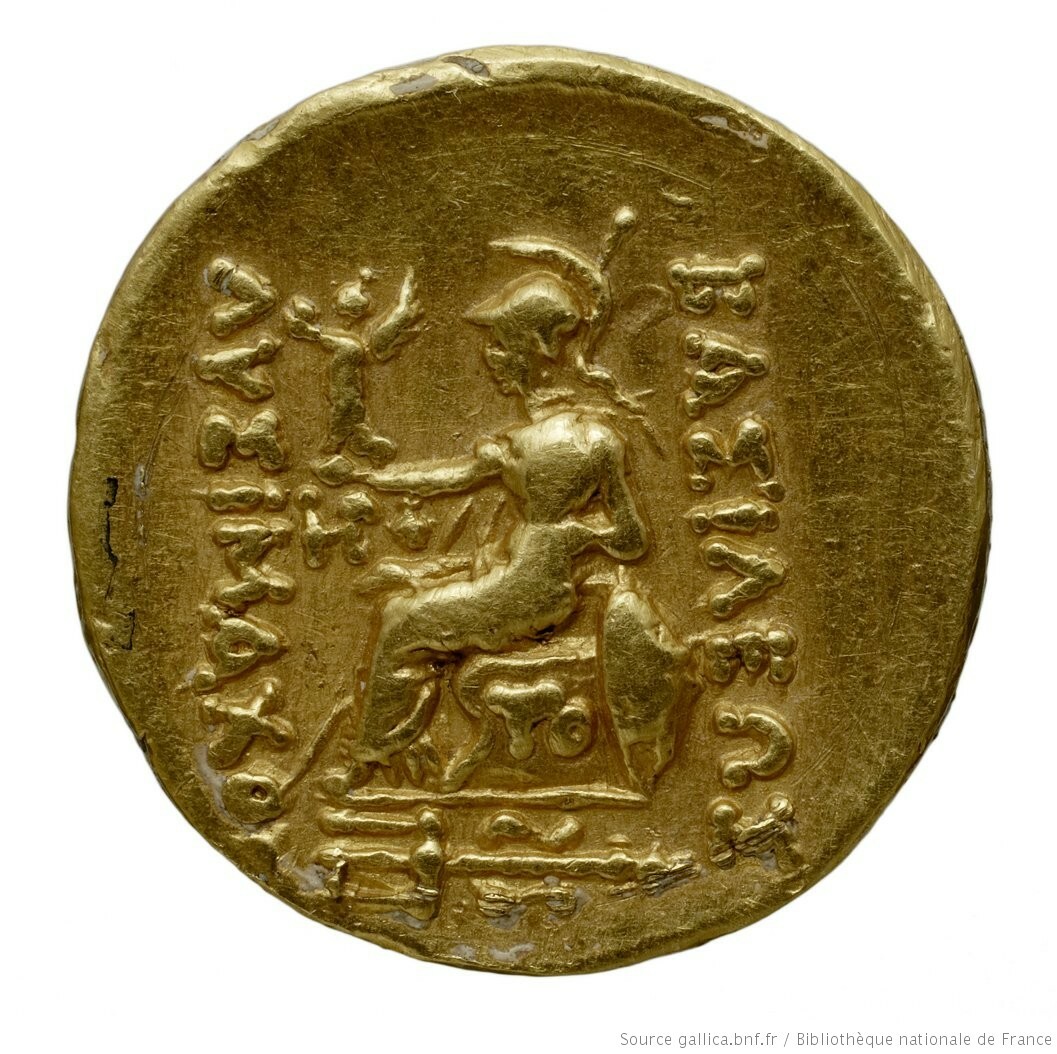 How can a king establish his place on the throne? How can a leader assert dominance? These questions are almost as old as mankind itself, its leaders frantically searching for the right answer since time immemorial. For the diadochi of Alexander the Great, the situation was not different from many others before and after them—and Lysimachos is no exception. This is exactly the reason I find the coin presented this month (the new year now in full swing) so interesting: One can witness the struggle of an ambitious ruler to link his name to the legacy of another and to capitalize on his victories, while the gold gives it an air of luxury.

These series of coins minted under Lysimachos are not solely present in the area of Tomis, as identical types can be found across the territories that the former somatophylakas of Alexander once controlled and the depictions on each specimen, despite its conservation status, are usually the same as the rest: On the obverse, a young male diademed head, mostly interpreted as a portrait of Alexander (even though some believe it to be a hybrid between his and Lysimachos’ likenesses, while others have even attributed it to other leaders of the Hellenistic period) facing right, adorned with the horn of Zeus Ammon. On the reverse, the enthroned helmeted goddess Athena with the aegis and holding Nike. The golden stater is directly linked to the diadochus through the legend ΒΑΣΙΛΕΩΣ ΛΥΣΙΜΑΧΟΥ, evidently also linking him to the deceased Macedonian king. Still, there’s a catch. This specific type evidently dates to the 1st century BC and must therefore have been issued during the reign of King Mithridates, ca. 200 years after Lysimachos’ death. Leaders and magistrates kept issuing types identical to the originals, maybe attracted to the stability that came with them. However, one cannot help but wonder about Lysimachos’ initial motivation to produce such coins on such a large scale: Was that his way of paying tribute to the fallen and keeping his memory alive in the daily lives of his citizens? Or did he try to connect his name and likeness with those of Alexander, establishing his own identity as a worthy successor and victorious leader? Whatever his motives might had been, Lysimachos seems to have managed to establish himself on the coinage of the city and keep his name and memory alive for quite a long time after his death.