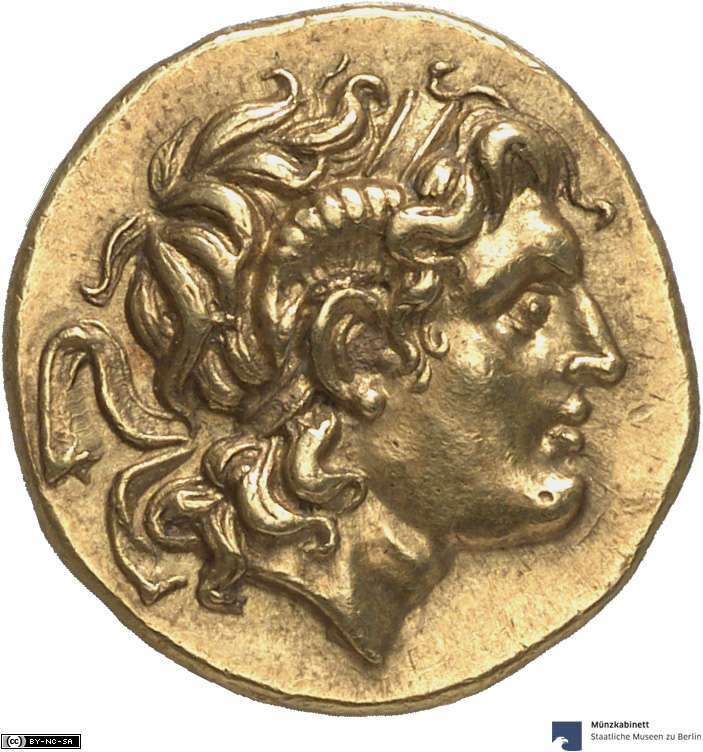 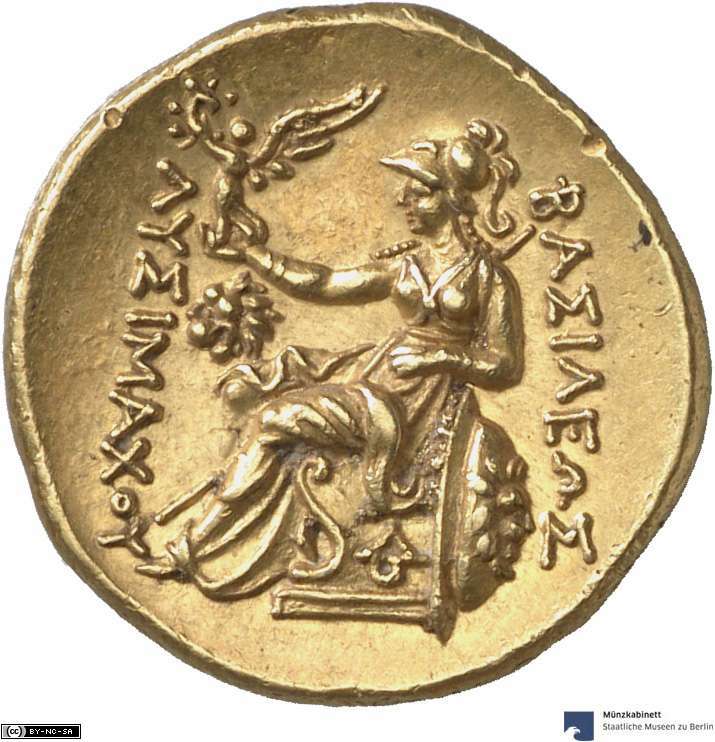 For the end of this gloomy year, we have chosen a coin that will bring some sparkle and joy to our monthly coin section and hopefully also to our readers and friends of Corpus Nummorum, as befitting the holiday season.

This type, a gold stater of Lysimachus, is well known. The head of the deified Alexander in profile is depicted on the obverse, while the reverse comprises the enthroned Athena Nikephoros with the legend of Lysimachus. The coinage of Lysimachus, with its magnificent gold and silver emissions, enjoyed great popularity long after his death and was produced until the 1st century BC (you will find some of them by searching for coins with the authority ‘Lysimachos’ in our advanced search). Later coins can often be recognized based on stylistic grounds and by the placement of the motifs they depict. This is probably a specimen minted during Lysimachus’ lifetime. The different mints can also often be identified by means of monograms and symbols on the coin reverses. On the reverse presented here, there is a lion's head on the left and a monogram on the throne, which may be read as Δ/ΛΩ. The lion's head is interpreted as a personal symbol of Lysimachus, who is said to have killed a lion with his bare hands. This is why these coins with the lion's head symbol are assigned to the Lysimacheia mint. Lysimachus himself had founded the city on the Thracian Chersonese in 309 BC.