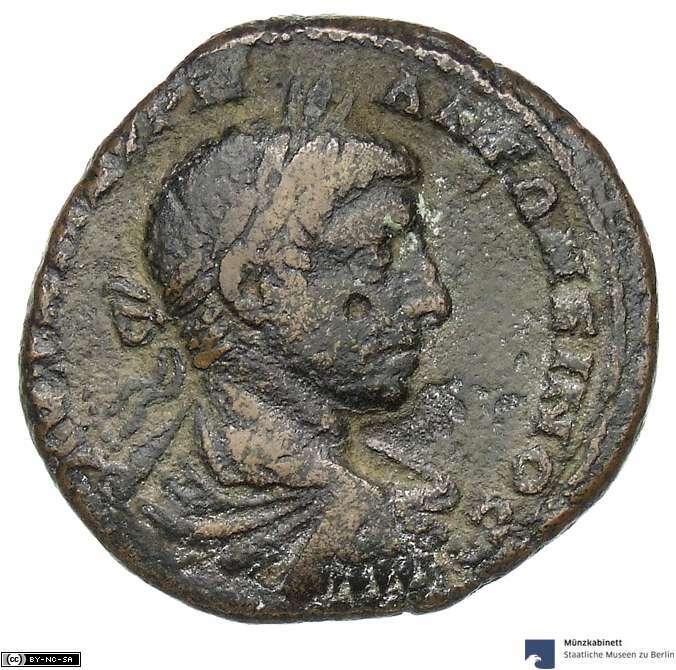 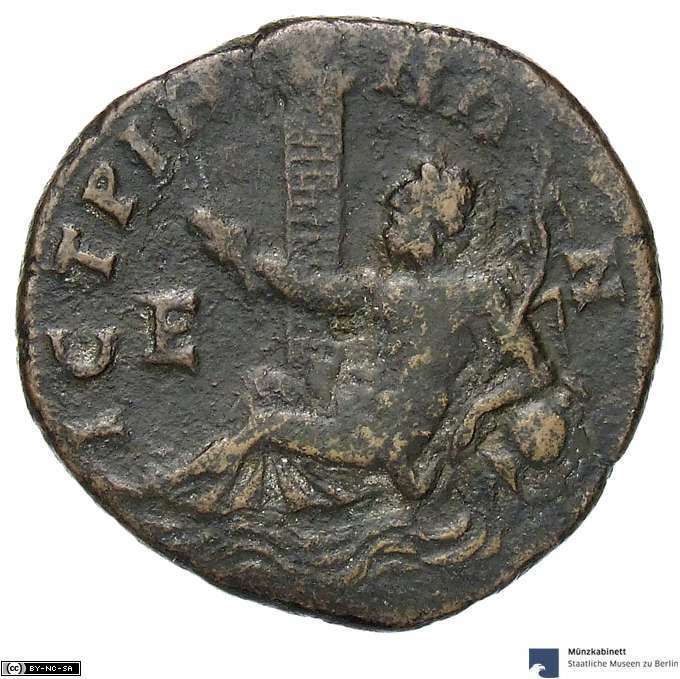 October 2020: The Lighthouse of Istros

Despite the considerable number of large port cities and beautiful harbours in the Greek oecumene and the enormous importance of lighthouses for navigation, images of lighthouses on coins are rare, with the exception of Alexandria’s—one of the Seven Wonders of the Ancient World. To our knowledge, coins of Istros are the only known Roman provincial coins that show a river god in combination with a lighthouse.

Among the Moesian coinages, there is a reverse type that was used on coins minted in Istros under Elagabalus—here, we see one such specimen from the Berlin Coin Cabinet—as well as under Severus Alexander on which a lighthouse is depicted.
For the eponymous rivers, to which the Istros can be counted, images of river gods as types were particularly prominent. The fact that the river deity depicted here is Istros is evidenced by other coins issued in the 3rd century AD, which explicitly mention the name of the god in exergue. With the image of a fish in the deity’s right hand, the coins refer to the rich resources of the river. Several inscriptions of Istros from Roman times also mention salted fish as the city’s main source of income.
If the image depicted of the river god essentially follows the iconographic canon that had developed in Roman provincial coinage, the additional representation of a lighthouse at whose feet the deity is seated is almost singular. From neighbouring Thrace, we know of the connection between a river god and topographical details—such as the city wall—on coins, but a lighthouse has not otherwise been documented.
The exact location of this lighthouse—either at the mouth of the Danube or in the urban port of the Black Sea polis of the same name, but a good 20 km to the south—and why it was chosen as a coin type precisely among these two Severan emperors has been explored in an essay that will soon appear in volume 50 of the magazine Chiron.