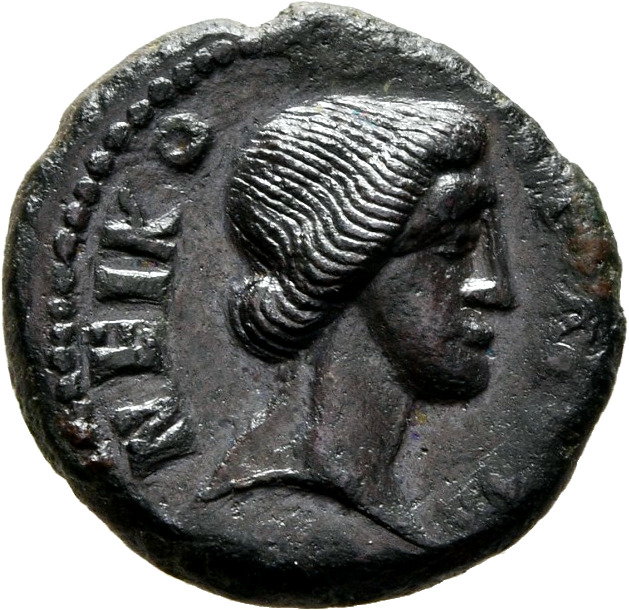 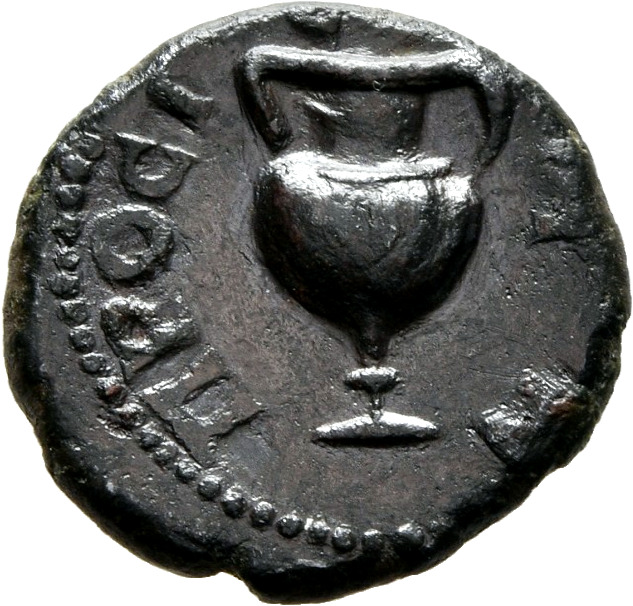 The type of this month (TOM) is represented by a very rare specimen from the SHH collection. It is a tiny bronze coin of 1.44 gram in weight and 14 mm in diameter. As its flan size is much too small to accommodate the legend indicating the issuing authority, here we have a rather unusual case of the city name being split in two and placed on both sides of the coin. On the obverse, we read NEIKO-[…] which must be followed by ΠΟΛ(Ε)ΙΤΩΝ in the full or abbreviated form. The rest of the legend, ΠΡΟC ΙCΤΡON, proceeds on the revers. In Thrace, the province to which the city belonged in pre-Severan times, another Nicopolis, i.e. Nicopolis ad Nestum, existed. While the latter, Thracian Nicopolis, was situated on the river Nestos, the former, “our” Nicopolis, was situated on the Danube’s (Istros’) southern tributary. Hence, this important addition to the legend makes it clear, which of the two cities issued the type in question.
The city was founded by the Roman emperor Trajan in memory of his victory over the Dacians, as Ammianus Marcellinus (31.5.16) tells us. Nicopolis ad Istrum issued coins from the time of Antoninus Pius to Gordian III. As our type bears no image of an emperor or his family members, it represents a so called “pseudo-autonomous” issue. Its obverse shows a young head with specific hairstyle to the right, while a krater is depicted on the reverse. The identification of the obverse image is difficult. The absence of any attribute makes possible different interpretations. Keeping in mind the city’s name, one could think of Nike, as suggested already by B. Pick (AMNG I 1, p. 332, 342). There are, however, other pseudo-autonomous types of Nicopolis with the bust of a winged goddess wearing a mural crown. Given the fact that the head on the TOM shows close similarities with the head of Apollo on a pseudo-autonomous issue of Philippopolis in Thrace, the image on our type can also be interpreted as that of Apollo. This head (of Apollo or Nike) also appears on other pseudo- autonomous coins of Nicopolis ad Istrum that show an eagle or a grape on the reverse.
The city issued only very few pseudo-autonomous types (see U. Peter: Die ’pseudo-autonomen‘ Münzen von Moesia Inferior – ein erster ikonographischer Überblick, in: The Numismatic Chronicle 177, 2017, p. 245–259; N. Hristova/H.-J.Hoeft/G. Jekov, Nicopolis ad Istrum 2017, p. 17–21A).