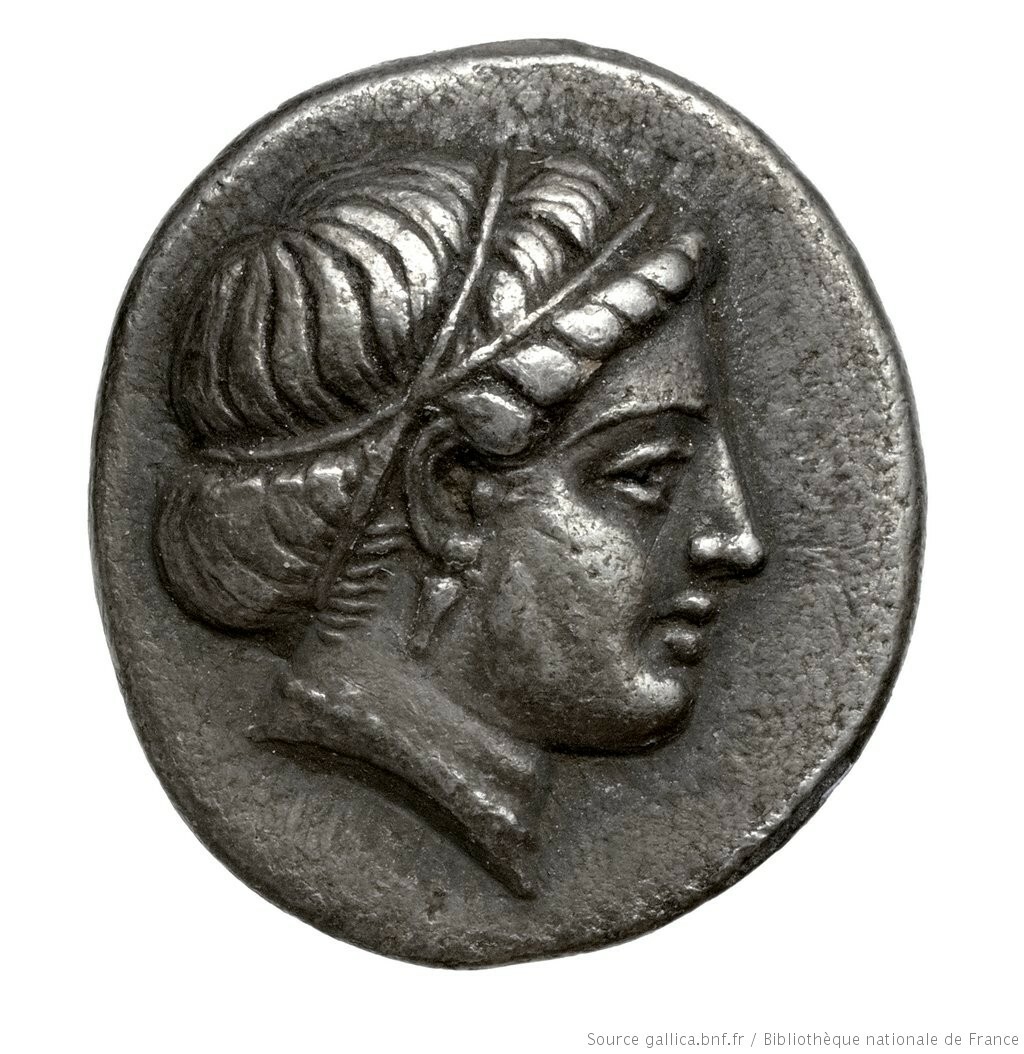 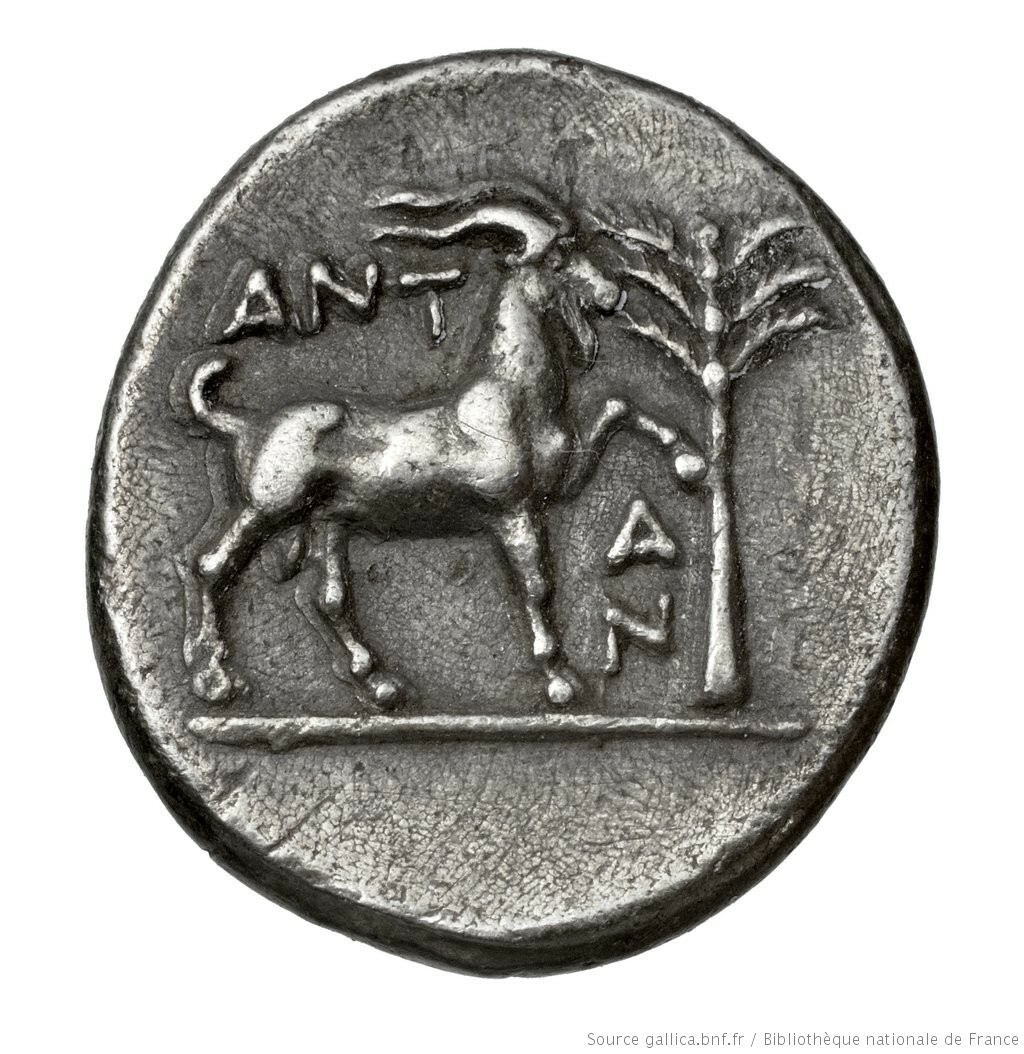 Antandros is situated on the northern side of the Bay of Adramyttion, in the vicinity of the modern-day village of Avcılar. It was founded by the Aiolians and became an important centre during the Peloponnesian War due to its supply of timber and pitch for ship building. This seems to have been an important source of the city’s revenues also in the later periods as illustrated by this coin from the Paris Cabinet des Médailles. Its revers shows a goat – the city’s traditional emblem – standing in front of a fir-tree, which has been identified more accurately as Trojan fir (Abies equi-trojani). The identity of a goddess whose head, wearing crossed hairband and a single-pendant earring, occupies the obverse of this type remains obscure. The proposed interpretations include the Artemis Astyrene, whose temple in a grove at the neighbouring Astyra was under the administration of Antandros, a nymph or, as suggested more recently, the Great Mother or Meter Idaia. For the city’s coinage history, this specimen is of particular interest, as it seems to mark the transition from the Chian to the Persian weight standard. While, according to its weight, this is a drachm struck on the reduced Chian standard, its reverse shows already the design characteristic of the hemidrachms of the Persian weight.