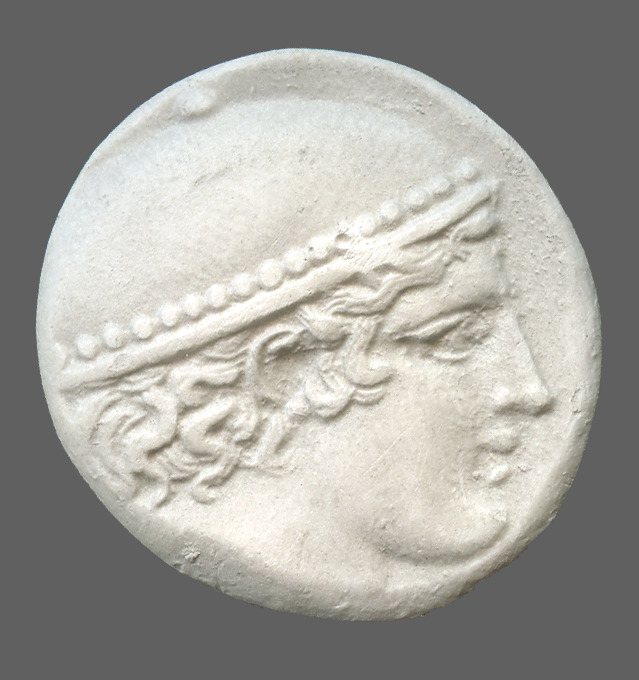 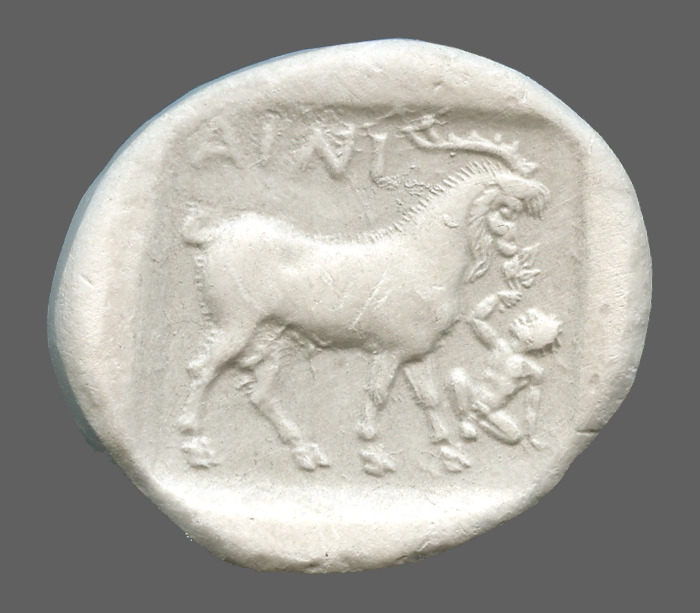 The Thracian city of Ainos, an Aeolian foundation of Mytilene and Kyme via Alopekonnesos, is minting constantly for a long period very similar coin types. The main motifs of the silver coinage do not change in the classical time; the emissions can only be differentiated by accompanying symbols. On the obverse a head of Hermes is shown on the earlier coins in profile – later almost en face – and on the reverse a goat is depicted. On the reverse, most of the time on the lower right side, various symbols appear. Sometimes they are set in relation to the main motif, the goat, for example when the goat is nibbling on a plant, or they are related to Hermes like a caduceus or Hermes’ hat. But also very often like in the cases of a fly, a cantharus, a club or an astragalus for example, no obvious connection can be detected. Beside these emblematic images, sometimes these symbols are much elaborated and show a fascinating degree of detail. A very nice example –shown on our type of the month – is the symbol of a sitting satyr (or naked boy?), who is feeding the goat with a branch. The way he is represented is reminding one strongly on the depictions of the early coins of Naxos in Sicily, where a satyr sitting in such a pose is the main motif of the reverses of the archaic coins.