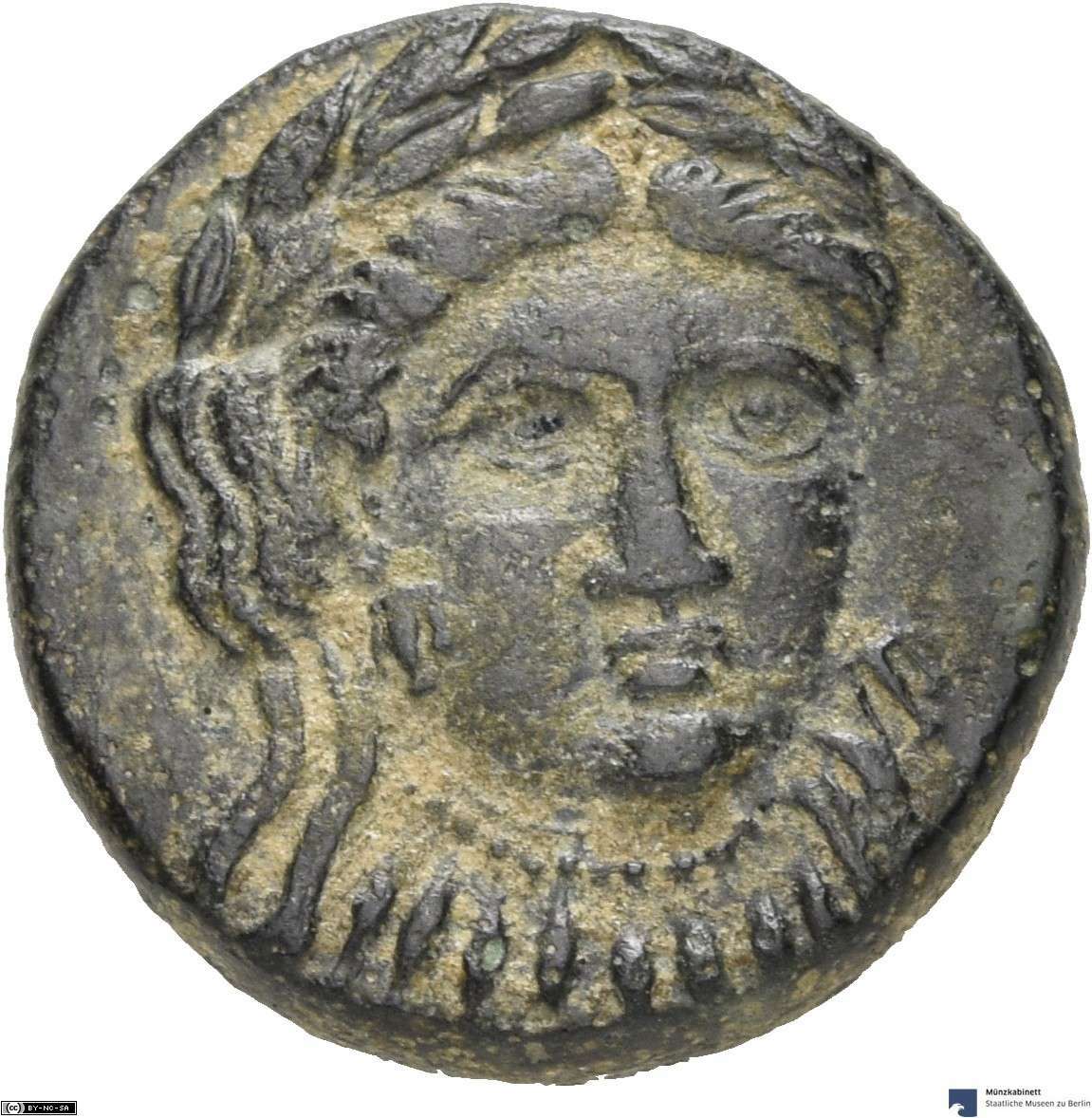 Probably not every resident of ancient Hellas, especially outside the Troas, could tell with certainty what Gergis is and where exactly it is situated. Literary and epigraphic evidence about the town is scarce, and one of the reasons it did not completely disappear into oblivion is its association with the Hellespontine Sibyl or prophetess, also known as the Gergithian Sibyl or Sibyl Herophile. Thus the inhabitants’ choice of design for their coinage was not so difficult and quite predictable. Gergis\' exact location remains unknown. According to Herodotus (7.43.2), it was a predominantly ‘barbaric’ polis situated in the inland region to the east of the route followed by Xerxes to Abydos in 481, to which the village of Marpessos, the birthplace of Herophile, also belonged. The city’s bronze coinage was short-lived and included four fractions all struck in the 4th century BC. This coin, which shows the Sibyl’s head wearing a laurel wreath and a necklace on the obverse and sphinx of Gergis on the reverse, comes from the collection of Arthur Löbbecke acquired by the Münzkabinett Berlin and represents one of the best preserved specimens of the type.