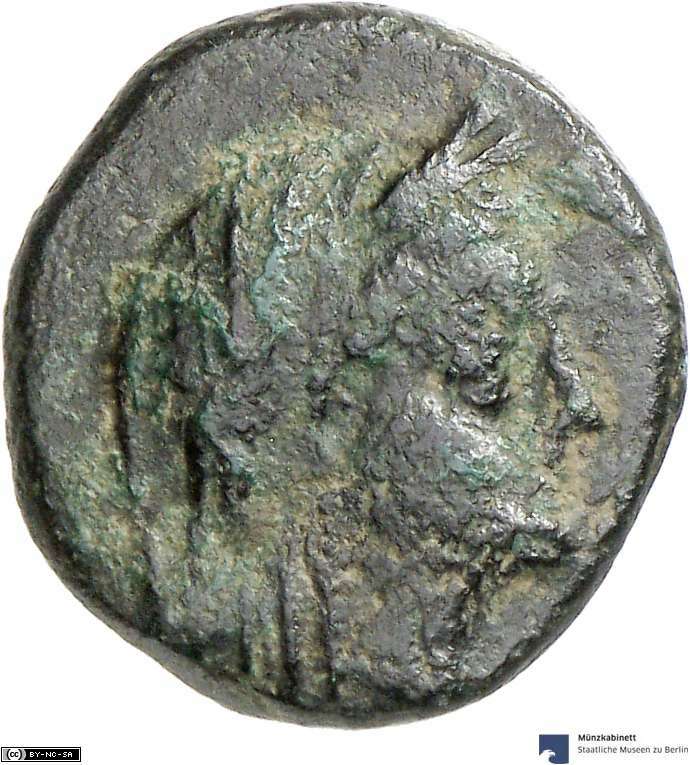 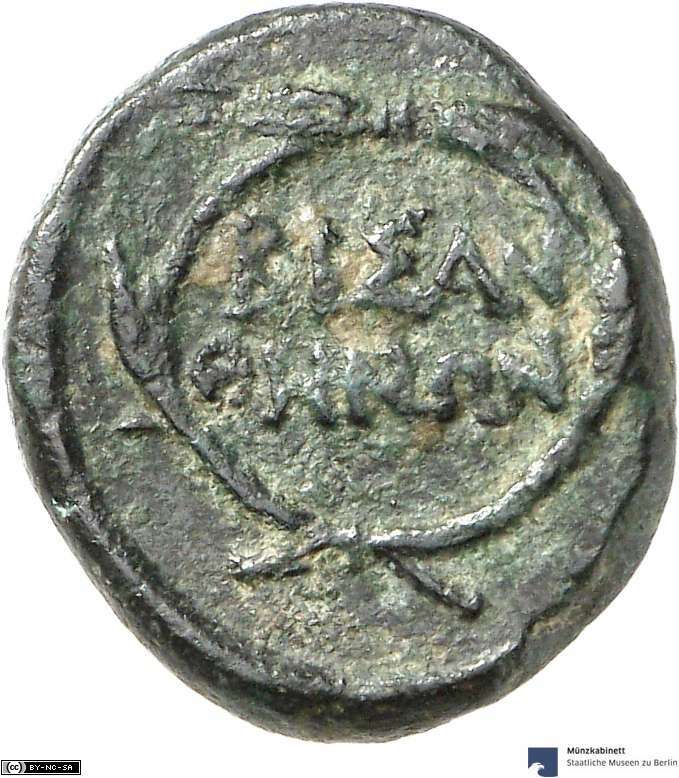 This coin type originates from the ancient city of Bisanthe, which was situated on the northern coast
of Propontis and is usually identified with mediaeval Rhaedestos, now the modern city of Tekirdağ in
Turkey. Bisanthe was a colony founded by the Samians in the sixth century BC and as many other
cities in Thrace, issued only bronze coins during a short period. Its coinage has been studied in detail
by Edith Schönert-Geiss, who observed a bronze coinage of three denominations in the third and
second centuries BC.
Our coin type from the Berliner Münzkabinett, represented here by CNT 3673, occurred on the
largest denomination, having an average weight of ca. 6.1 g and a diameter of approximately 20 mm.
On the obverse we can see the veiled head of Demeter wearing a corn wreath, while the reverse
presents a wreath of ears with the ethnic ΒΙΣΑΝΘΗΝΩΝ inside, naming the minting authority. There
is a great variety of the city’s name on the coins, sometimes written fully in Greek, as shown here, or
abbreviated as BI, BIΣΑ(N). This series with the head of Demeter paired with the wreath belongs to a
widely popular Thracian type, found also on other mints, such as Perinthos or Lysimacheia and can
be dated on the third century BC.
On other coin types of Bisanthe the head of Apollo/tripod, head of Zeus/eagle, head of Dionysos/
grape, /head of Athena/owl, head of Demeter/grain ear, head of Dionysos/cantharus are depicted.
Therefore, we can generally assume, that all coin types of Bisanthe show the head of a Greek deity of
the obverse and its attribute on the reverse. However, Demeter seems to be the most popular
goddess in this polis, since she appears more frequently on its coins. Schönert –Geiss noted, that the
fact that most coins of Bisanthe are considerably worn out, suggests that the circulation time was
long.