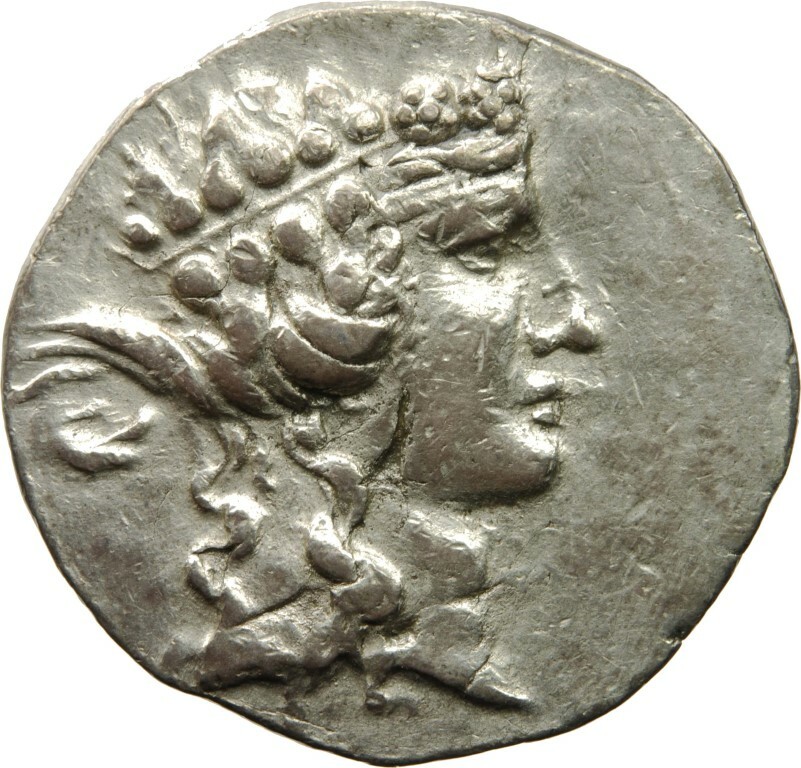 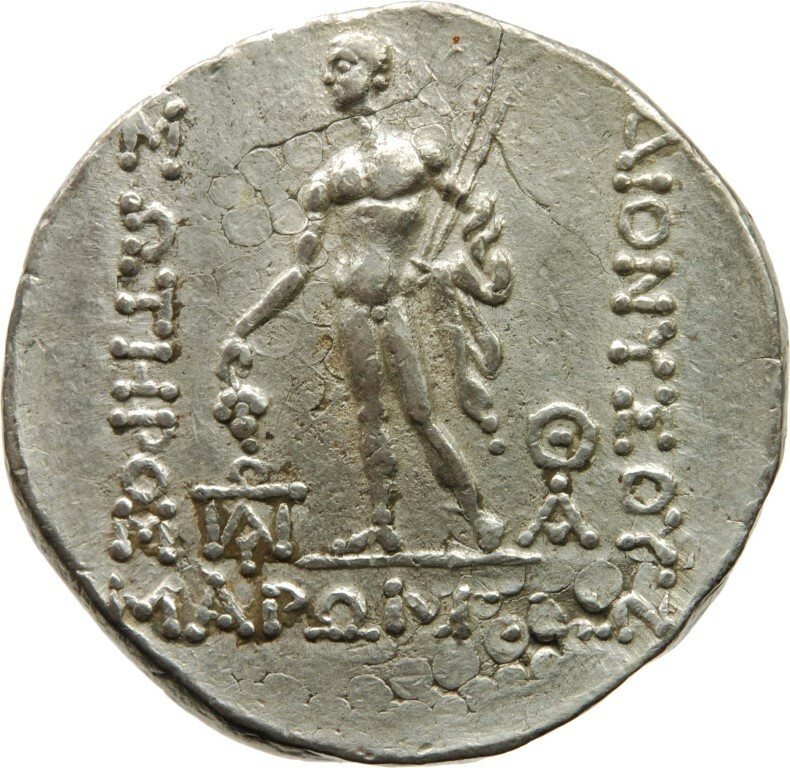 For this month we have chosen the type of Hellenistic tetradrachms from Maroneia. The silver coins have an average weight of c. 16 gr. (but there is a wide range in the weights) and a diameter alternating between 28 and 37 mm. On the obverse the head of youthful Dionysus wearing an ivy wreath with leafs and flowers to the right is shown. The reverse is depicting a nude male figure standing to the left and holding in one hand grapes and in the left arm his cloak as well as two spears. The figure is also interpreted as Dionysus. With these coins Maroneia has chosen new types - formerly the coins were dominated by pictures of horses and grapevines - but holds on to the theme of the city’s wine production.
The great resemblance of these tetradrachms of Maroneia to tetradrachms of Thasos is obvious. On Thasos we see also the head of youthful Dionysus on the obverses and the reverses show Herakles in a very similar manner resting his hand on a club instead of holding grapes. Not only the pictures of the coins are very alike but it has also often been assumed that they were minted in the same period and had an identical area of circulation. Differences are the much wider variety of monograms in Maroneia and the lower average weight in the Thasian tetradrachm series.
The rich variability of monograms - seldom there is none, more often one, two or three - led Edith Schönert-Geiss to the suggestion that these monograms and their combinations could mark the year of minting the coin. She comes to concluding that the tetadrachms were minted over a rather long period from 189 to 45 BC. There has been much debate on the dating of the tetradrachms in numismatic literature in the last decades. It seems to be clear that the long time proposed of minting these tetradrachms by Edith Schönert-Geiss has to be reduced. Their output has begun later; a generally accepted date is after 146 BC, the provincializing of Macedonia. François de Callataÿ made an even later date after 125 BC with a bulk of minting after 100 BC and especially around 85 BC through careful observation of overstrikes probable.