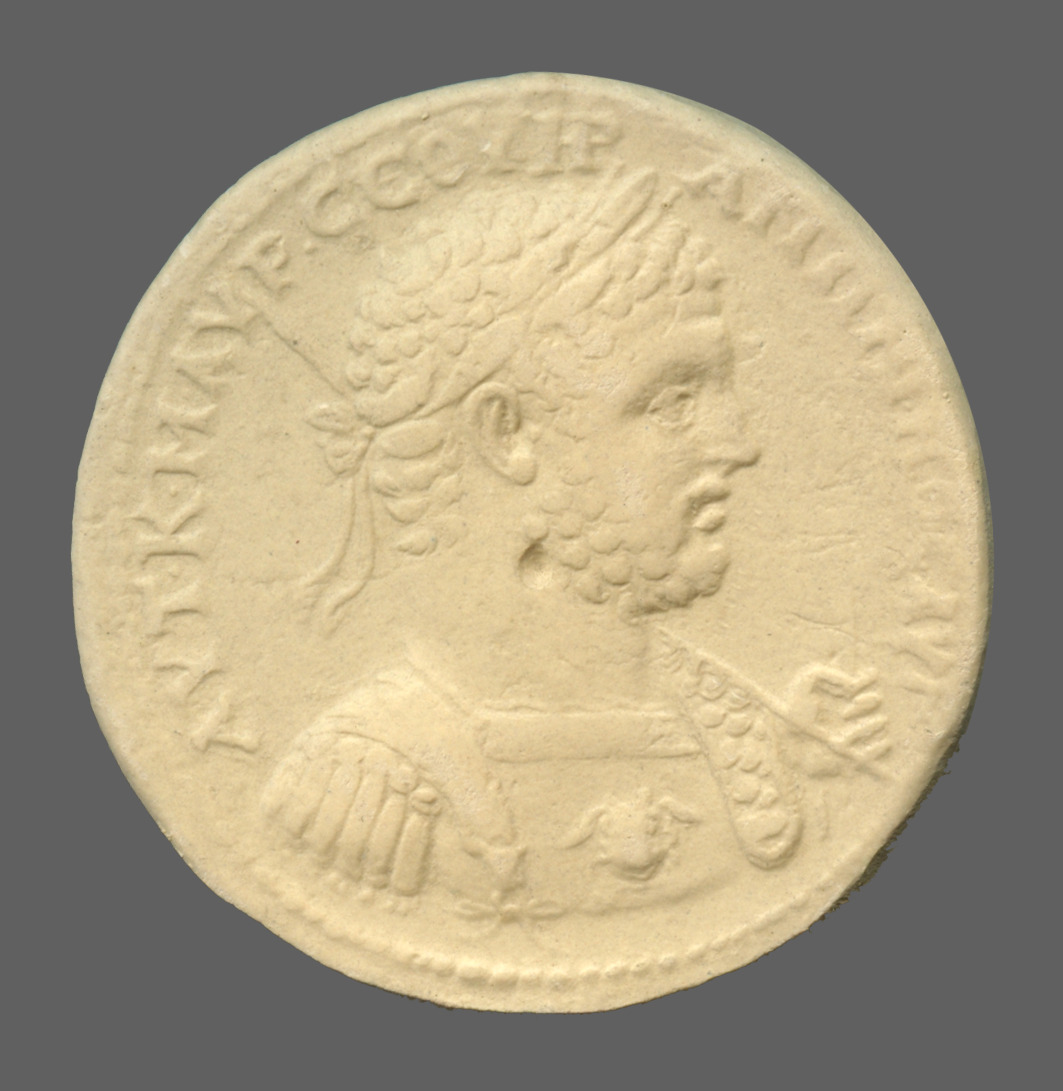 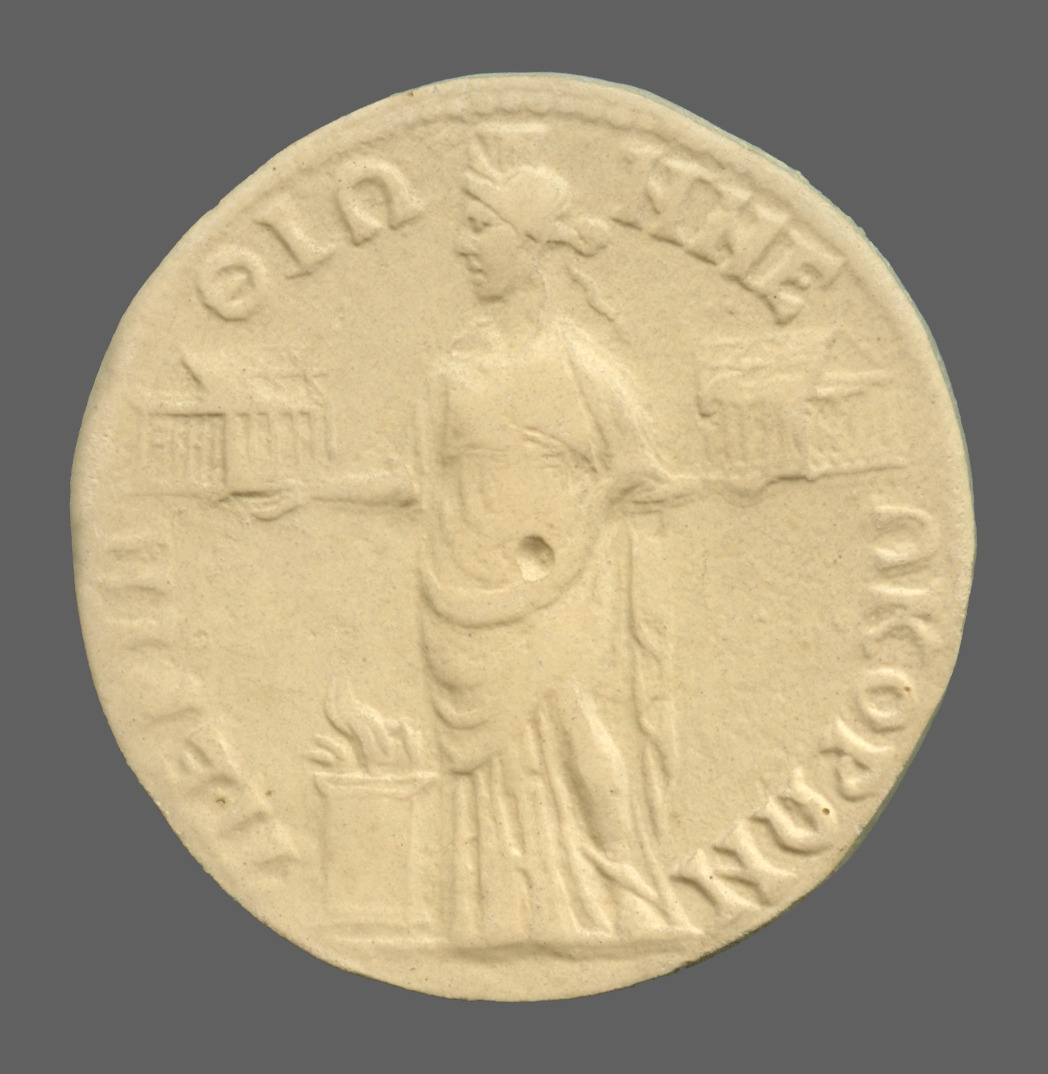 Minted during the reign of Caracalla (198-217 AD), this bronze medaillon (41 mm, ca. 39 g) shows the laureate and cuirassed bust of the emperor to right, carrying a spear, and accompanied by the legend ΑVΤ Κ Μ ΑVΡ ϹЄΟVΗΡ - ΑΝΤΩΝΙΝΟϹ ΑVΓ. The reverse is filled by a turreted Tyche, holding two objects that at first sight one might not expect in the hands of a goddess: miniature temples. A lit altar at her feet gives the scene a sacred character. The reverse legend ΠΕΡΙΝ-ΘΙΩ-Ν ΝΕ-ΩΚΟΡΩΝ mentions not only the minting authority, the city of Perinth, but also the possession of the neocoria. This dignity was given to those cities who had installed a temple and cult for the emperor and/or his family. In fact, the right to erect such a building was granted to the city during the first stay of Septimius Severus in the town in 194. This information gives the key to the understanding of the peculiar motif which has been studied since the ground-laying study of Behrendt Pick (1904): It is an exact picturing of the word “νεωκορος“, which means „guardian of the temple”. Tyche as representation of Perinthos symbolizes the guardian or the “holder” of the temple, as the city maintains and runs the temple. Now, what is striking is that Tyche holds two temples, while under Caracalla Perinth is known to hold only one neocorate (the city could boast herself with having been granted the very sought-after honor of holding the neokoria twice not before the reign of Elagabalus). Why then two temples? – The only explanation is that when receiving the privilege of the neocoria under Septimius Severus, Perinth must have received the right to build a second temple for the emperor’s sons, Caracalla and Geta, flanking the first and until then only neocorate, although no written sources have survived.