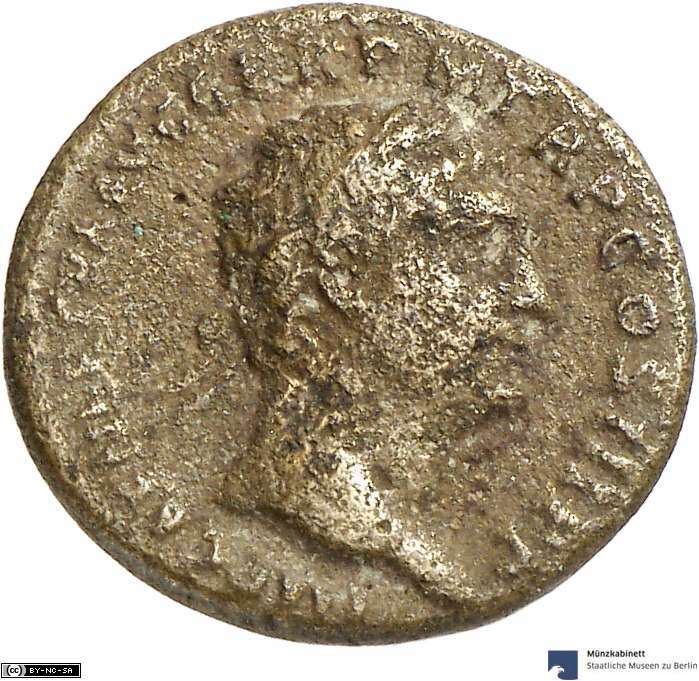 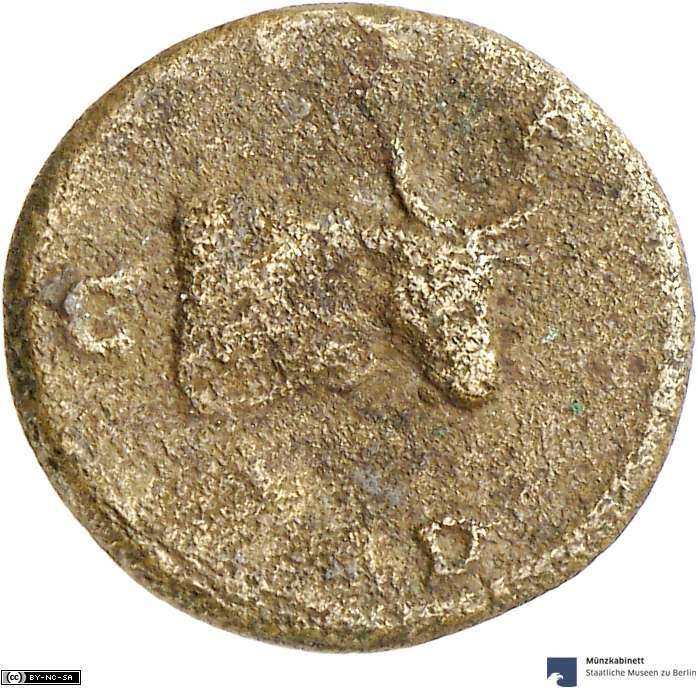 As type of the month we would like to present you a very famous type minted in Deultum, the only
Roman colony located to the south of the Balkans to strike coins. Deultum is situated on the coast of
the Black Sea next to the river Sredetska near the modern village of Debelt. Deultum was founded
under the reign of Vespasian by the veterans of Legio VIII Augusta. Its coinage has been studied by
Dimitar Draganov and Jordanka Jurukova, who edited the first two comprehensive catalogues of coin
types of Deultum.
The obverse of this type depicts the laureate head of Trajan looking right. The legend reads as
follows: IMP CAE NER TRA AVG GER PM TR P COS III PP. On account of this legend this coin type can
be precisely dated to AD 100 – i.e. it was struck during the third consulate of the emperor. The
reverse of this type shows a bull’s head to right, which happens to be the usual emblem of Legio VIII
Augusta. It is quite obvious that this motif refers to the foundation (deductio) of the colony. This
image is combined with the legend C F P D, which names the minting authority, – an abbreviation of
the official name of this colony reading Colonia Flavia Pacis Deultensium. This shortened form of the
legend is characteristic of the small denomination in Deultum.
It has been suggested that this type has been struck on the occasion of the 30th anniversary of the
foundation of Deultum. At any rate, this type is an extraordinary peculiarity: with regard to the
complex legend on the averse, this type seems to be composed for one special occasion. Moreover,
it is the very first coin type to be minted in Deultum and the only type minted under the reign of
Trajan; afterwards, it took another 110 years until Deultum finally continued minting coins under the
reign of Caracalla.
The bull’s head appears again on the coinage of Maximinus, Gordian III., Philippus Arabs and
Philippus iun. being likewise a reminiscence of the foundation of Deultum. Eventually, this image has
turned out to be one of the characteristic motives of the small denomination.