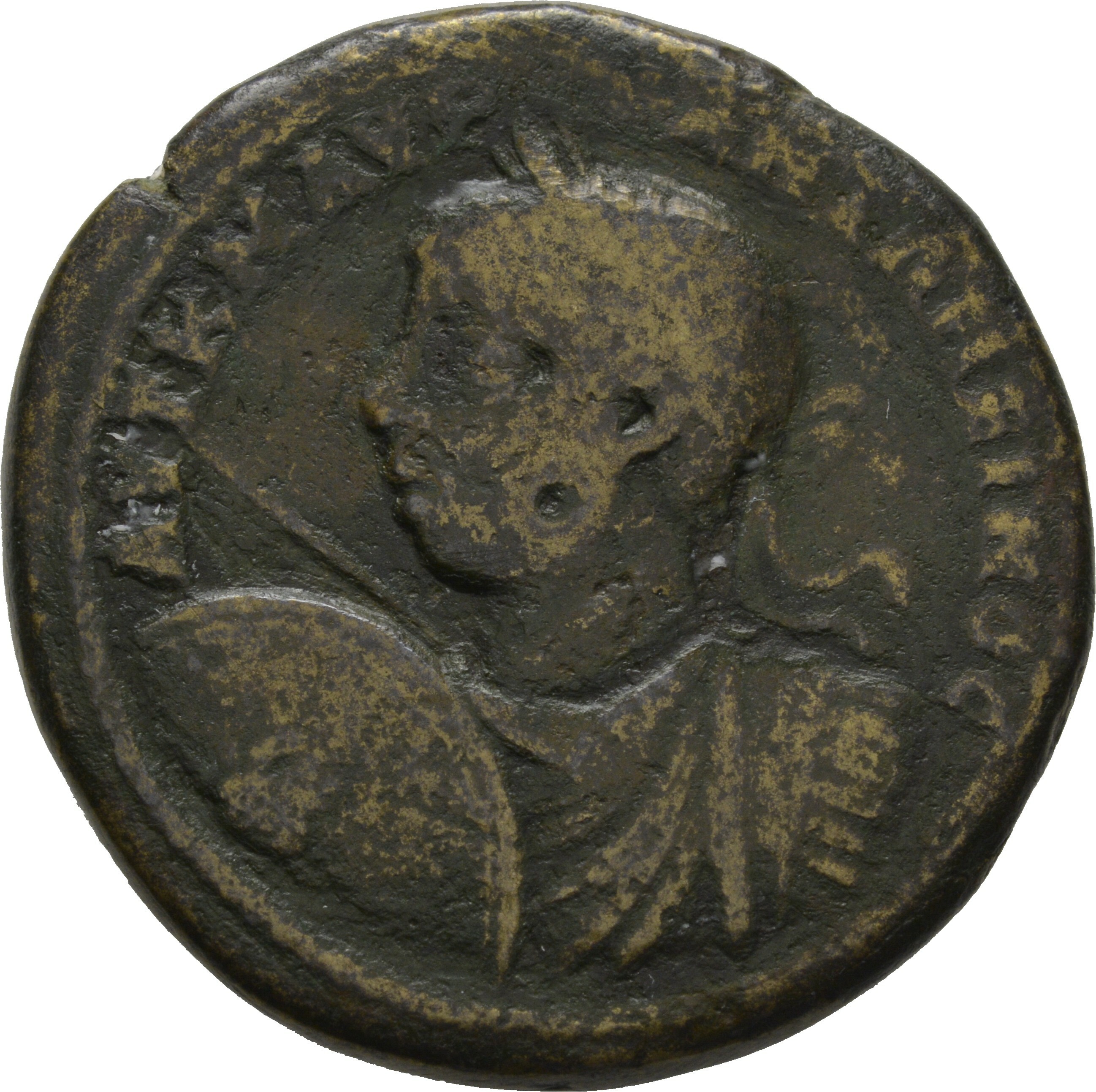 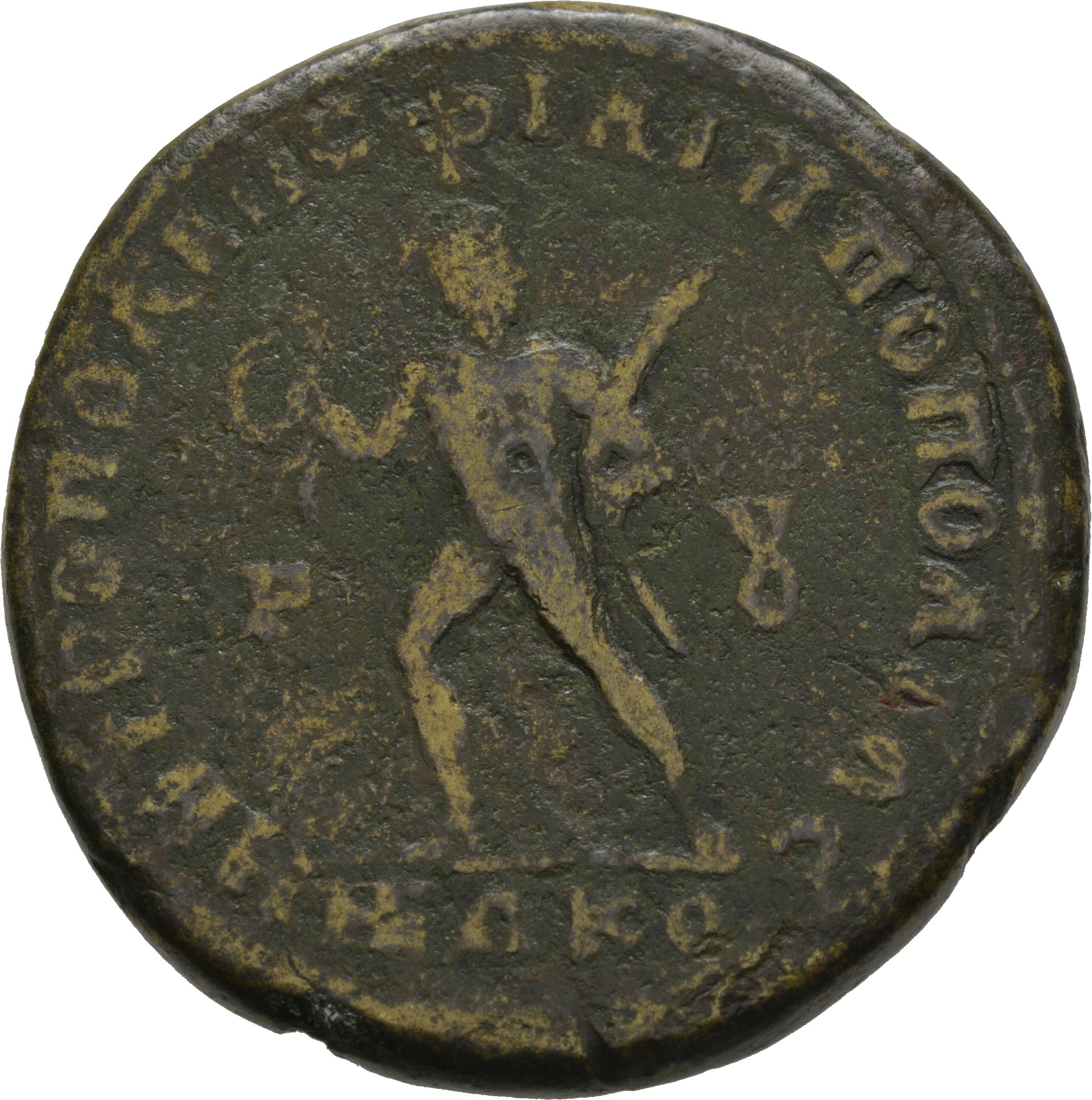 The type of the month for October is represented by a coin from the coin collection in Munich, Germany. It is a bronze issue of Philippopolis in central Thrace. As the reverse legend tells us the city was the Thracian metropolis. It is attested by inscriptions that Philippopolis probably received this epithet already in the first century AD under the Flavians although on the coins this honorary title is known only from Septimius Severus onwards. The other part of the reverse legend refers to another honorary title “neokoros”. Philippopolis got the right to call itself “neokoros” under Elagabalus and we see this emperor depicted on the obverse. The laureate bust of Elagabalus is shown in a military attitude. He is wearing a cuirass and a paludamentum and is holding a spear in his right hand and a shield on his left shoulder. The reverse presents an athlete who was honored with a palm branch and a wreath as indications of having won in a competition. The temple of the main deity in Philippopolis, Apollon Kendrisos, became the cult temple of the emperor Elagabalus that means the temple of the neokoros. Elagabalus and Apollo were both worshipped in the existing temple. In addition to the neokorate also games were established in honor of the Emperor. These games, organized according to Pythian rules, received the epithet Kendreiseia. The coin is an example that benefactions of an emperor were always commemorated in the coinage. The cities – here Philippopolis – were proud of these privileges and used them for their self-presentation and in their competition with other poleis.