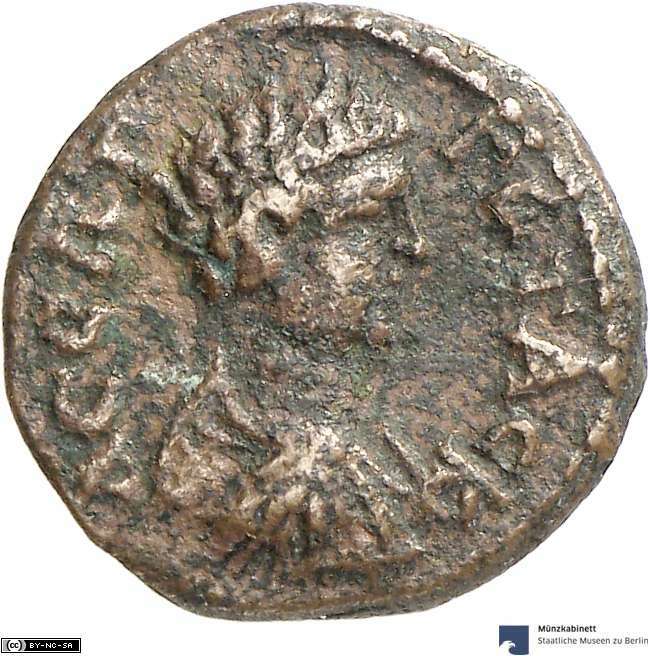 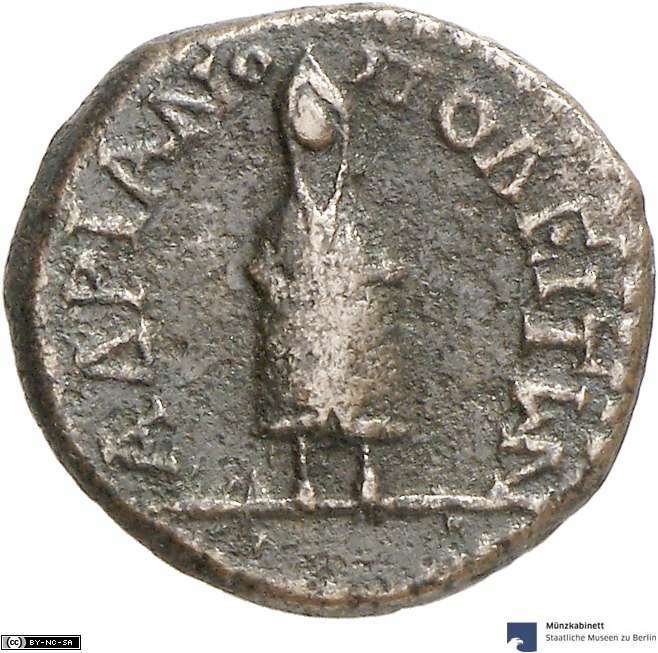 The „boy with hoodie“ instantly raises interest. He doesn’t seem to fit into our idea of depicting rulers, gods or heroes. In this case, the peculiar image is found on an aes coin from Hadrianopolis, minted AD 198-209 and presenting on the obverse the bare-headed bust of youthful Geta to r., wearing cuirass and paludamentum, combined with the legend Λ ϹΕΠΤ - ΓΕΤΑϹ Κ. The reverse names the minting authority, ΑΔΡΙΑΝΟ-ΠΟΛΕΙΤWΝ, while the strange figure remains unlabeled. Fortunately, from other media such as votive reliefs or statuettes we know that this iconography indicates Telesphoros. Being associated with Asclepius and other healing gods, this deity became popular in the Imperium Romanum only about 100 BC. Typically, he is presented barefooted and standing facing, wearing a hooded mantle. Although there are voices who attest him a Thracian origin, he might rather be a Celtic deity: His hooded mantle connects him to the genii cucullati, dwarf-like hooded spirits with healing powers. In Thrace, Telesphoros is often connected to Asclepius and/or Hygieia. Inscriptions and votives attest his worship e. g. in Pautalia, Anchialos and Deultum.