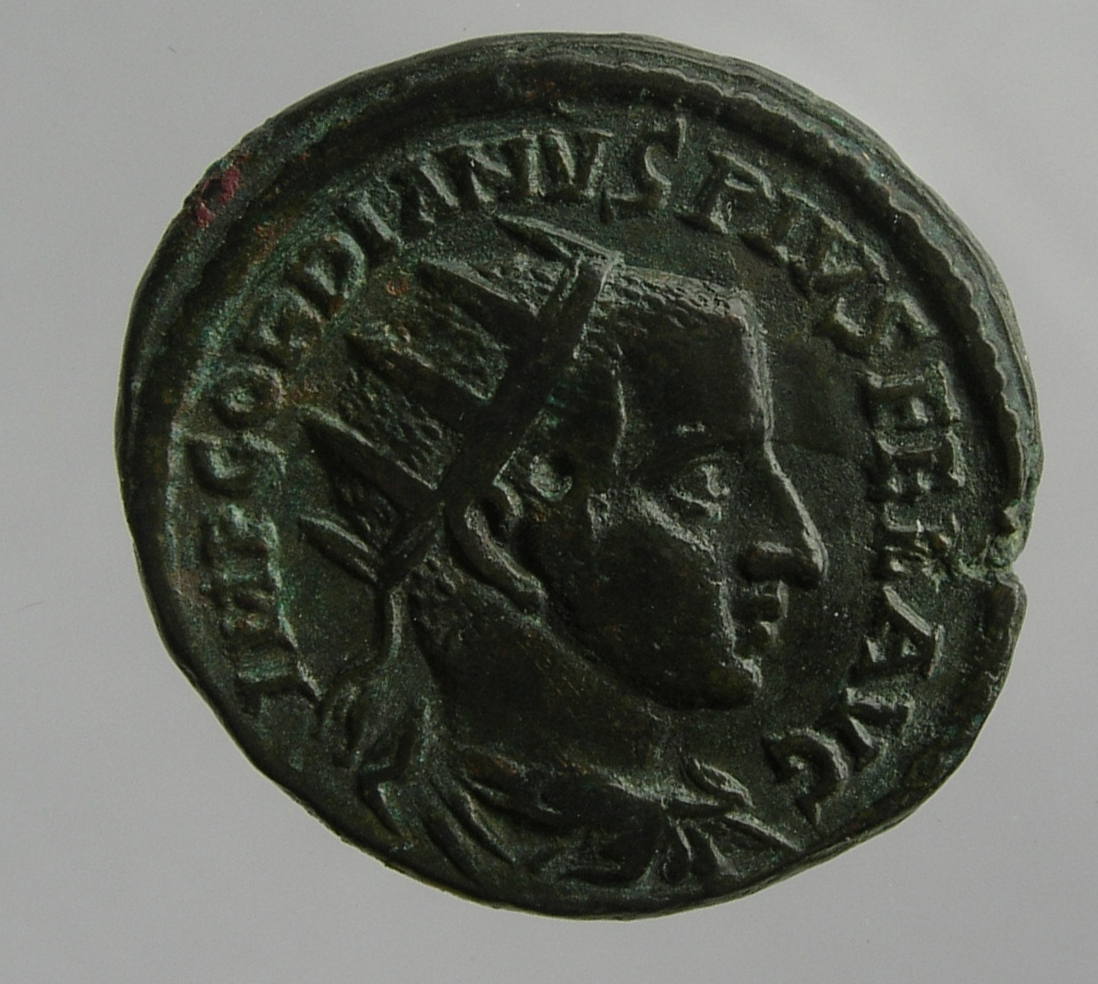 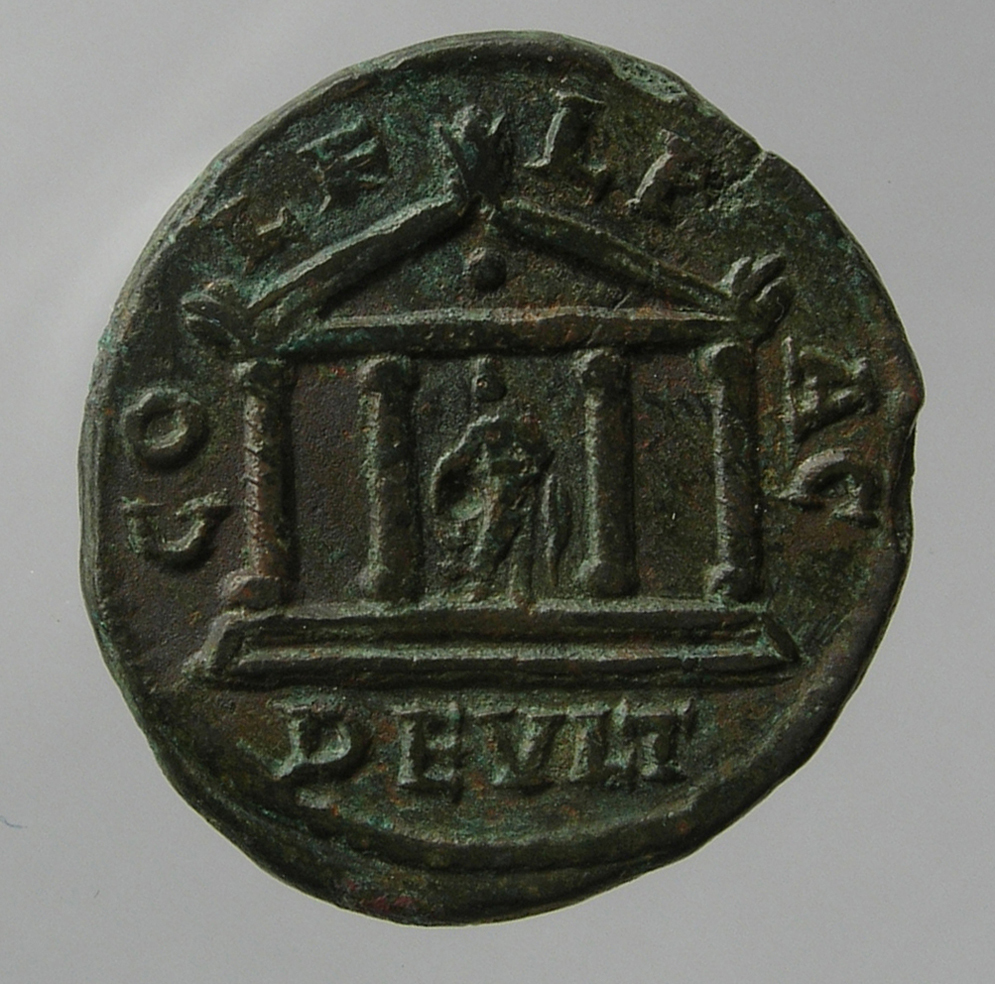 The coin of the month July depicts a bust of Gordian III on the obverse, wearing a cuirass and a paludamentum. On the reverse of the coin we can make out a façade of a temple with four columns and ornaments along its roof. Inside the temple we recognize a statue of Asclepius who can be identified by his characteristic serpent staff.
Deultum is a Roman colonia founded by Vespasian in 70 AD. Therefore, the use of Latin language in the legend reading IMP GORDIANVS PIVS FEL AVG on the obverse and the legend reading CO-L F-L P-AC // DEVLT on the reverse is not surprising. The legend on the reverse implies an abbreviation of the official name of the colonia, called Colonia Flavia Pacis Deultensium.
It is generally known that the colonia flourished during the 2nd and 3rd century. In fact, the appearance of a temple on this coin can be interpreted as an evidence of economic welfare, which is also confirmed by similar coins from Deultum and obviously reached its peak during the reign of Gordian III portrayed on the obverse.
Owing to the fact that we can identify Asclepius between the columns of the temple depicted on this coin, who can likewise be identified on other coins minted in Deultum in the 3rd century, we may cautiously assume that there might have been an official cult for this deity in Deultum.
We would like to thank the private collector H.I. from Lemgo very, very warmly for providing this coin such as a considerable number of other coins of his collection. On this occasion, we intend to encourage other private collectors as well to participate in our project and to present their coins in our portal. It is very easy: just click on the button “participate”!
If you want to share with the CNT community some thoughts on a very special Thracian coin which should be included in our database just write an email to peter@bbaw.de or a.berthold@smb.spk-berlin.de.