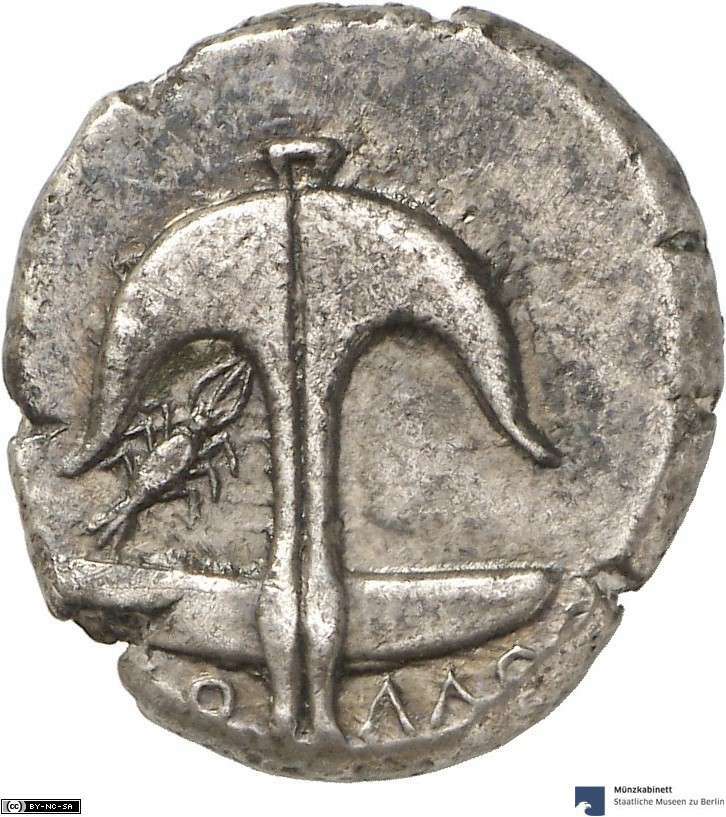 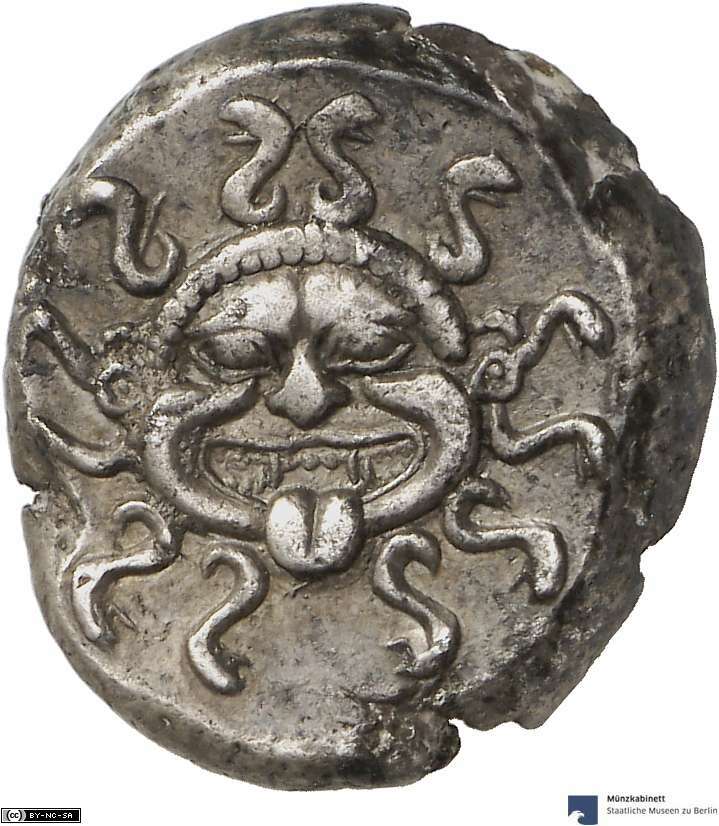 The Coin of this Month is presented by Hristina Ivanova, CNT Team

Our coin of the month April is one of the very rare early tridrachms of Apollonia Pontica from the Coin cabinet in Berlin. It depicts the parasemon of Apollonia – the anchor, upturned and with a crab under the left fluke on the obverse. It also bears remains of the legend reading [ΑΠ]Ο-ΛΛΩ and confirming with its position the upturned depiction of the anchor. On the reverse we see an archaistic depiction of a gorgon.
Apollonia Pontica was a colony of Miletus, founded around 610 BC after Pseudo-Scymnus or later by the famous Milesian philosopher Anaximander after Aelian. It was a flourishing harbor on the southwest coast of the Black Sea and one of the greatest enemies of Mesambria. Their hostility grew with the founding of a colony of Apollonia between them. This colony was the later roman city of Anchialos and led Mesambria to attack both in the second c. BC. Apollonia was only saved by the intervening of its sister colony Istria.
Apollonia was also known for its colossal statue sculpted by the famous Kalamis. The statue as such, as well as the depiction of Apollo, was the most common motif in its coinage. Despite these later consequential types the earliest coins depict the gorgon and not Apollo. The gorgon is of Ionian stylistic type bearing a so called “serpent-wreath”. This shows a closer artistic connection to Asia Minor than to mints from Macedonia.
If you want to share with the CNT community some thoughts on a very special Thracian coin (which should be included in our database) just write an email to peter@bbaw.de or a.berthold@smb.spk-berlin.de.