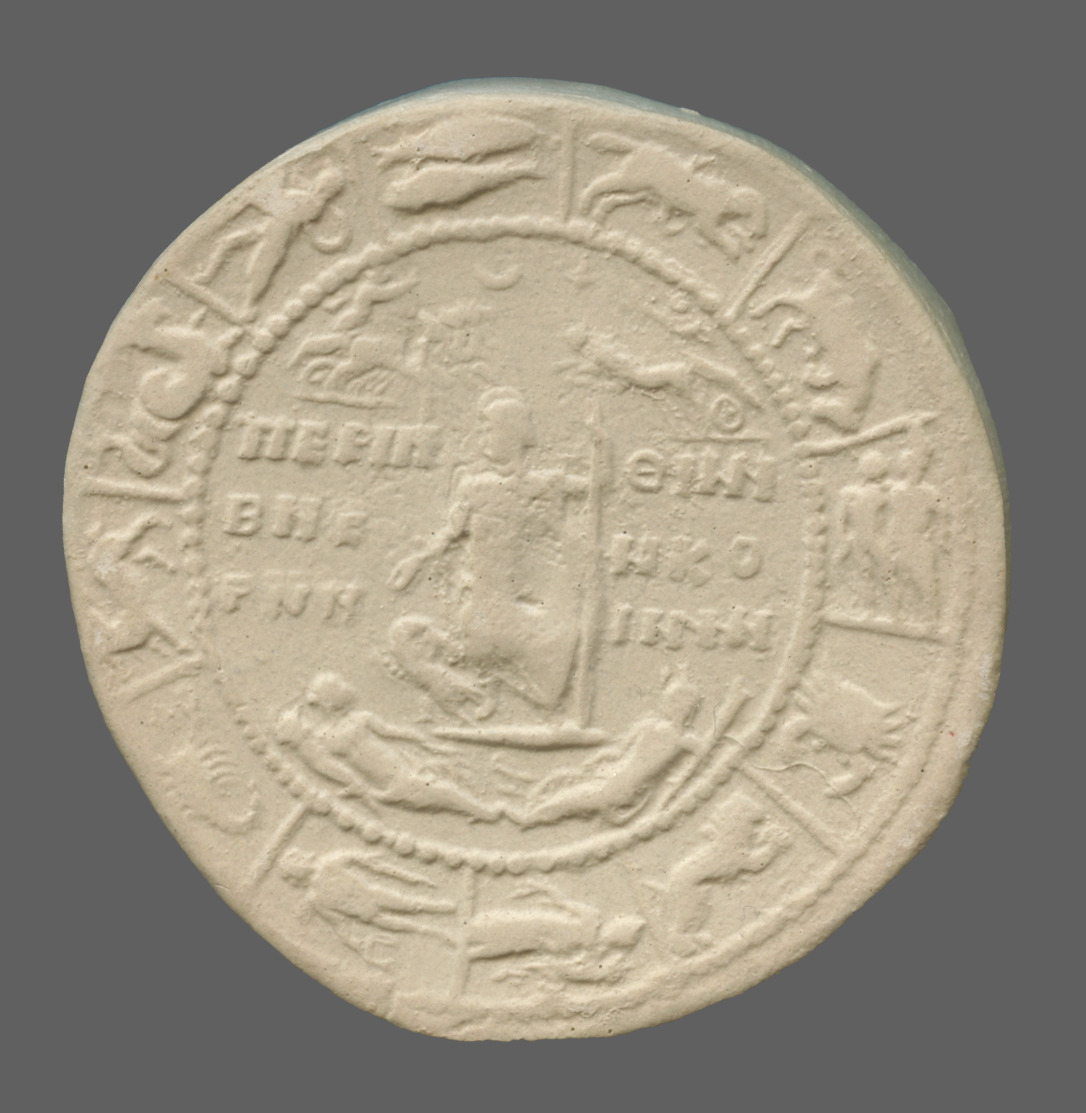 The Coin of this Month is presented by Domenic Schäfer, CNT Team.
The zodiac consists of twelve equal segments showing different symbols. Its earliest roots can be traced back until the 7th century BC, but it took another three centuries until it finally gained its canonical form. Henceforth, the zodiac remained a popular symbol and, in particular, a typical iconographical subject of coinage. Thus, it is no surprise that the zodiac became a favoured motif on the coins of the Roman imperial period. One marvelous example of the usage of the zodiac in the Roman imperial period is a medallion from the Thracian city Perinthus with the weight of 37.25 g and the diameter of 41 mm, which was minted during the reign of Severus Alexander and is nowadays treasured in the British Museum. Its obverse bears the laureate bust of Severus Alexander wearing an aegis and a cuirass with the head of Gorgo in its midst, along with the legend AVΤ Κ Μ ΑVΡ ΣΕV ΑΛΕ-ΞΑΝΔΡΟΣ ΑVΓ. Its reverse is even more impressive: We can identify Zeus seated on a throne in the centre, holding a libation bowl in his right hand and a sceptre in his left hand. He is accompanied by an eagle sitting at his feet. Beneath him, two reclining figures are depicted, who can be interpreted as Gaia and Thalassa. Above him, Helios and Selene are driving chariots. In the free space to the right and to the left of Zeus the minting authority is named – along with the specific status of Perinth mentioning its second neocoria: ΠΕΡΙΝ-ΘΙWΝ/ Β ΝΕ-WΚΟ/ΡWΝ - ΙWΝWΝ. This entire composition is surrounded by a double circle with the signs of the zodiac within its twelve compartments. The combination of Zeus and the Zodiac is a typical composition which accentuates the power of the greatest god.
If you want to share with the CNT community some thoughts on a very special Thracian coin which should be included in our database just write an email to peter@bbaw.de or a.berthold@smb.spk-berlin.de.