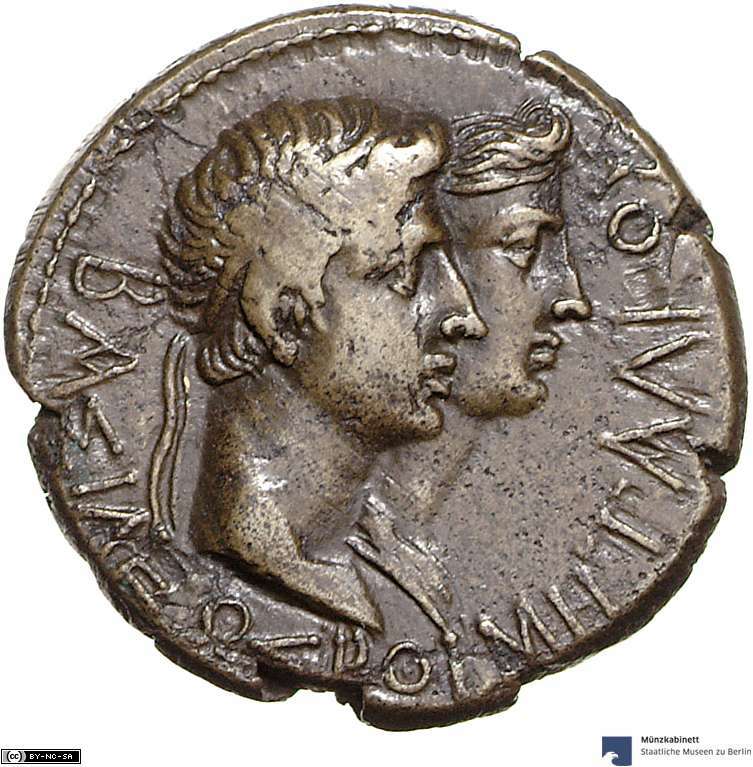 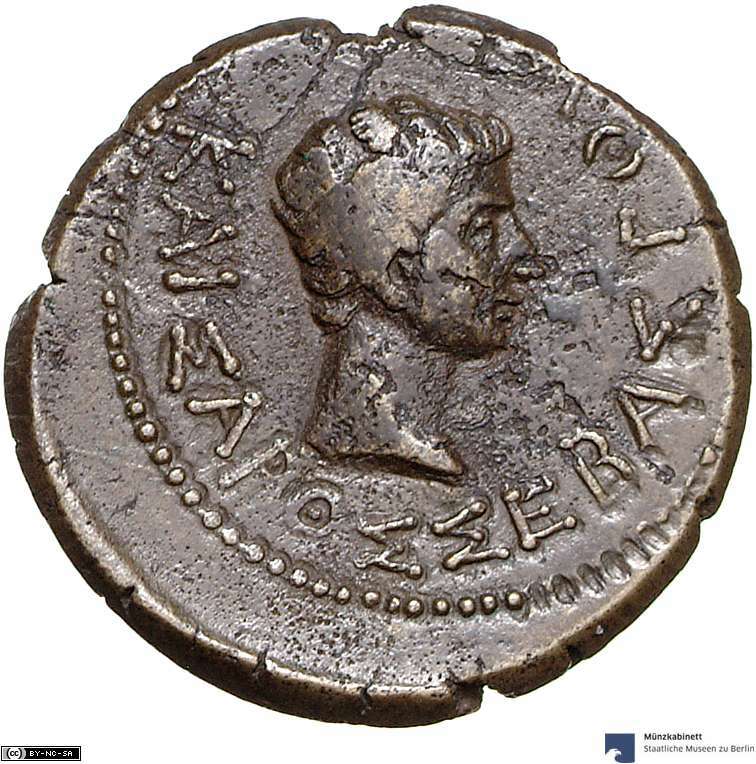 King Rhoimetalkes of Thrace (c. 11 BC – AD 12) issued coins of silver and bronze. The aes singled out here (24 mm, ca. 9 g) was minted in mid-Augustan times. On its obverse, it bears the jugate portrait of Rhoimetalkes I. and his wife Pytodoris, accompanied by the legend BAΣIΛEΩΣ POIMETAΛKOY. Rhoimetalkes is distinguished as a king by his diadem, while his companion shows drapery and a fashionable front-knot, just as worn by high-society-ladies in Rome itself. The reverse shows Emperor Augustus, as proven by the legend KAIΣAPOΣ ΣEBAΣTOY.

Two facts about this coin catch the eye immediately: First, the excellent workmanship of the engraver. The die is of such quality that one might hold it for a product of an engraver trained in Rome or an imperial workshop elsewhere. The remarkable portraits are of superior style. Secondly, the weighting of the protagonists is striking. The head of Augustus on the reverse is surprisingly small in comparison to the couple on the obverse, and, if that wasn’t enough, is does not even bear the corona civica, the corona laurea or anything else to mark his rank as ruler of the Roman Empire. Quite the contrary, it seems like Rhoimetalkes and his wife “rule” this coin, it is them who form the center of attention.

Isn’t Rhoimetalkes taking a risk by issuing a coin which might have offended the most powerful man of his time? – Rather not. In 31 BC, Rhoimetalkes had taken the happy decision to support Octavian, not M. Antonius. His choice paid out: Octavian-Augustus granted him rule over Thrace, while it was the duty of the king to secure peace in the area. In 13-11 BC, Rhoimetalkes finally gained full control over his territories. He remained in power until his death in AD 12. Thus, on his aes coin Rhoimetalkes shows that he is totally aware that his rulership is nothing else than a result of the grace of Augustus. Nevertheless, Rhoimetalkes proudly presents himself as powerful ruler of Thrace and king of his own right – not as a subordinate of the Roman Empire.

If you want to share with the CNT community some thoughts on a very special Thracian coin which should be included in our database just write an email to peter@bbaw.de or a.berthold@smb.spk-berlin.de.