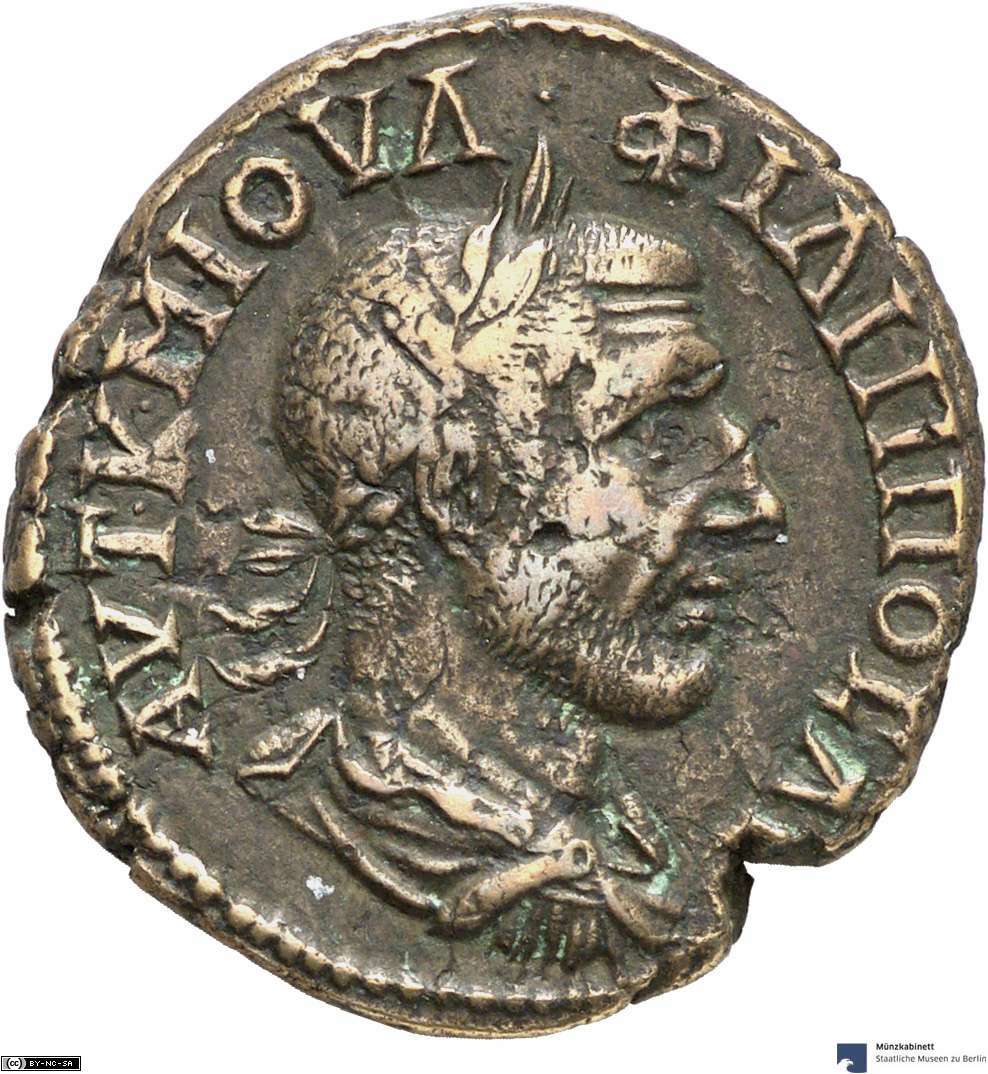 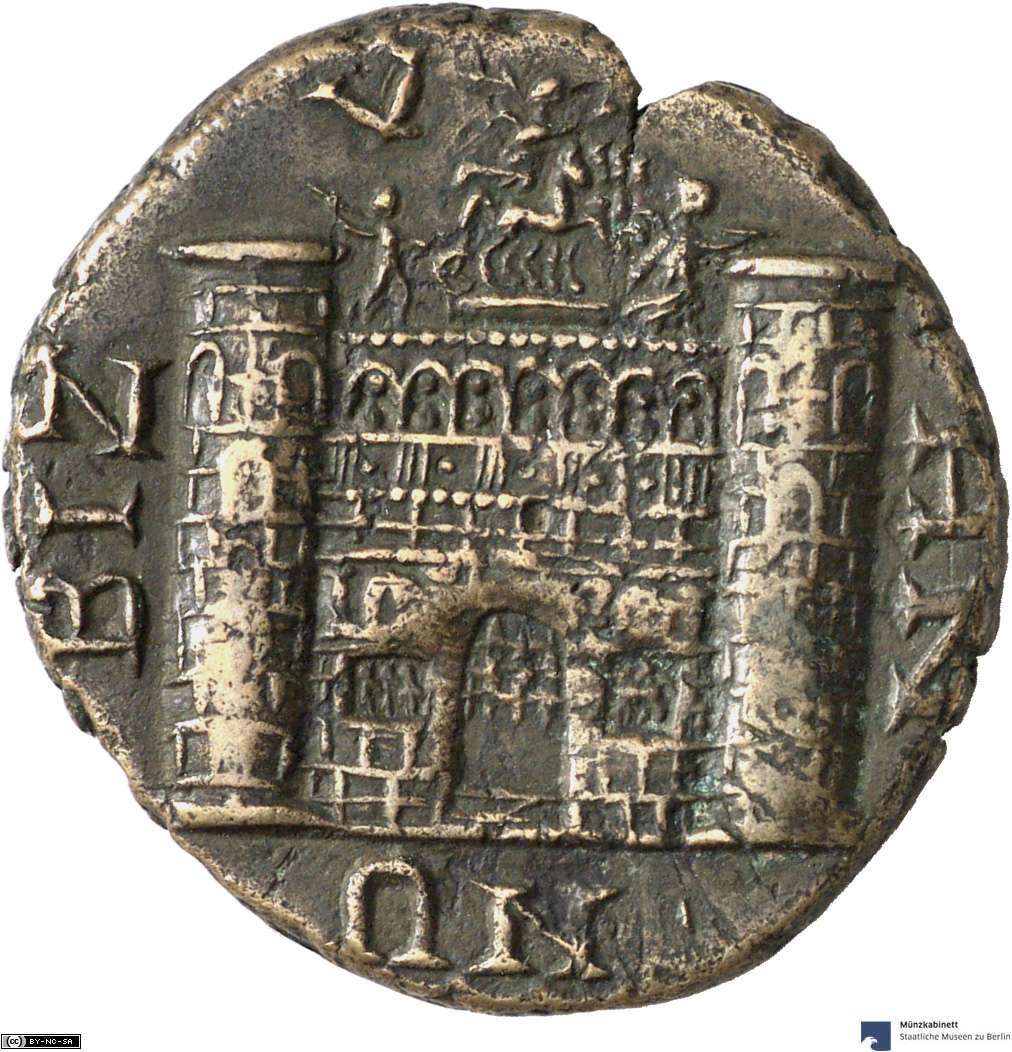 Depictions of architecture are clearly a characteristic of Roman art and coinage, not of Greek. On an aes of Bizye (244-249 AD), bearing the laureate bust of Philippus Arabs clad in cuirass and paludamentum along with the inscription ΑVΤ Κ Μ ΙΟVΛ ΦΙΛΙΠΠΟϹ ΑVΓ, the city gate of Bizye, flanked by two huge towers, fills the reverse. The legend ΒΙΖ-V-ΗΝ//ΩΝ names the minting authority. On a surface of 29 mm diameter, this coin exhibits a richness of detail which is exceptional. Behind the arched half-open door a portcullis is visible, marking the strength of the building. The walls are adorned by reliefs: one showing the three nymphs on the left, and one with the Thracian rider on the right. These refer to Thracian cults and may be seen as markers of cultural identity. On the top floor is a gallery of seven arches with soldiers inside. The ornamentation of the pediment returns to puts emphasis on military virtues, consisting of a central figure in a quadriga. Two statues are visible to its left and right, obviously female figures of which one might be Nike (or Athena).
The pattern of architectural representation follows a model that has been established in the Coinage of the Roman Republic. It has strong parallels in Augustan times and continues throughout Imperial Times. From Thrace, the motif of a city gate spread into neighboring provinces Macedonia, Moesia Inferior and Bithynia. This might be where Diocletian found the inspiration to take this motif over into his Imperial coinage where it gained special popularity.
If you want to share with the CNT community some thoughts on a very special Thracian coin which should be included in our database just write an email to peter@bbaw.de or a.berthold@smb.spk-berlin.de.