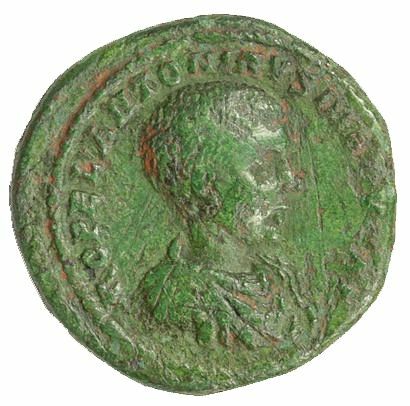 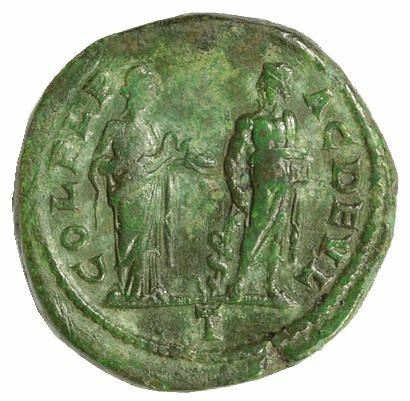 The coin of this month comes from the collection of Bartosz Awianowicz in Toruń, Poland. He has kindly contributed a bronze coin of Deultum with a portrait of Diadumenianus on the obverse. Deultum is situated on the coast of the Black Sea. The veterans’ colony has been founded in 70 AD by Vespasian with the name Colonia Flavia Pacis Deultensium on the place of a former Thracian settlement. The originally Thracian name refers eventually to the natural surroundings of the place and means land of the two marshes. The coin can be dated to the years 217-218 AD. On the reverse a motif common in a lot of Thracian coinages of the Roman Imperial period is shown. Asclepius and his daughter Hygieia are depicted. Asclepius is standing at the right, turning his head back to Hygieia, while leaning on his serpent-staff. Hygieia is feeding a serpent from a patera in her hand.