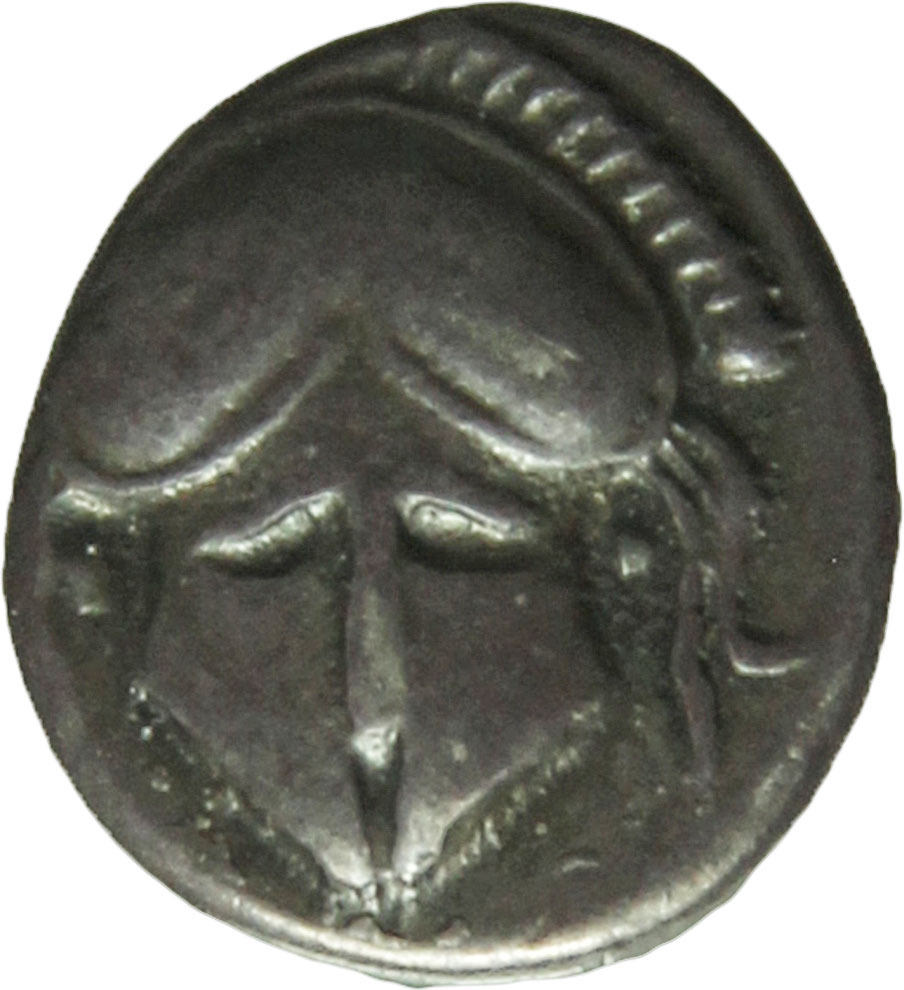 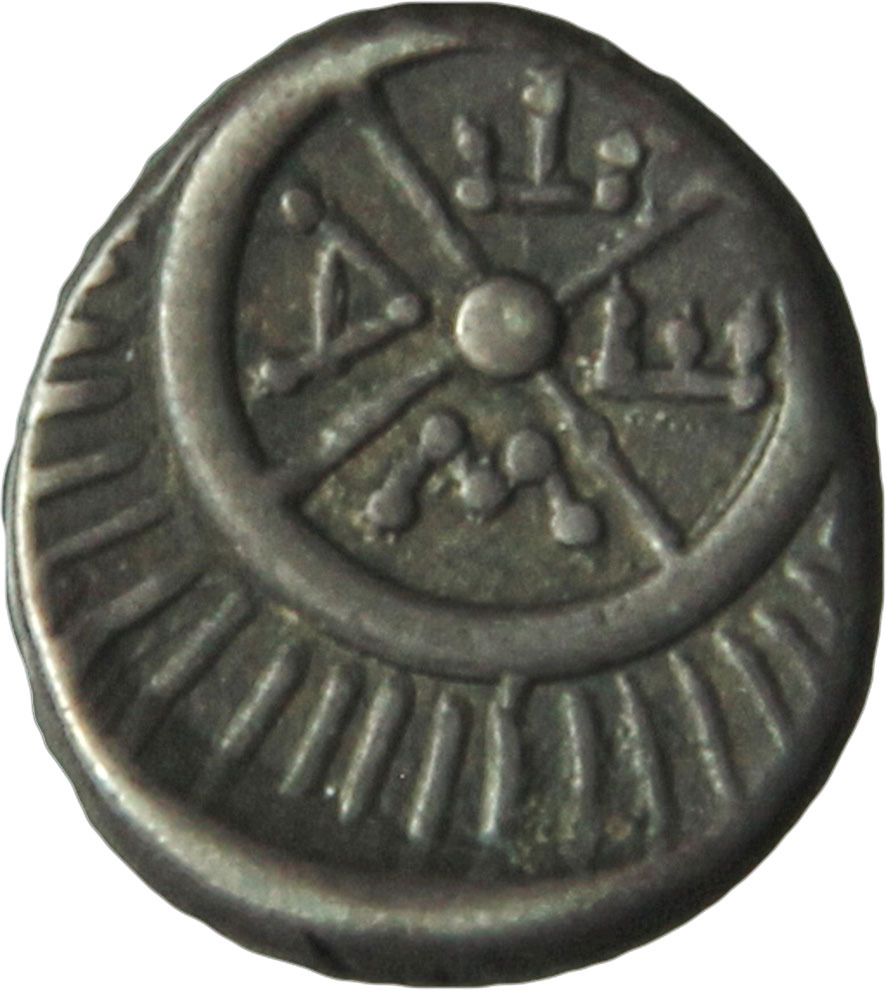 Our Coin of the Month is from the collection of William Stancomb and was minted in Mesembria on the Coast of the Black Sea. Mesembria, today’s Nesebar, has a typical Thracian name with the ending -bria, meaning city. Strabon is telling us of the city as city of Menas while Stephanos Byzantios ia saying it had been the city of Melsos or Melsas, all have been interpreted as mythical local Thracian founders of the town. This coin comes from the earliest minting period of the city, dating to the 4th c. BC, when Mesembria was issuing small silver. On the obverse a helmet is shown in a frontal view, which is often used for unanimated objects like masks or just helmets. The reverse motif has been interpreted in different ways. The radiate wheel with four spokes has been explained as symbol of the sun and could refer to Apollo, whose cult is documented in the city. The inscription META on the reverse refers to the name of the city often written in variable spellings.