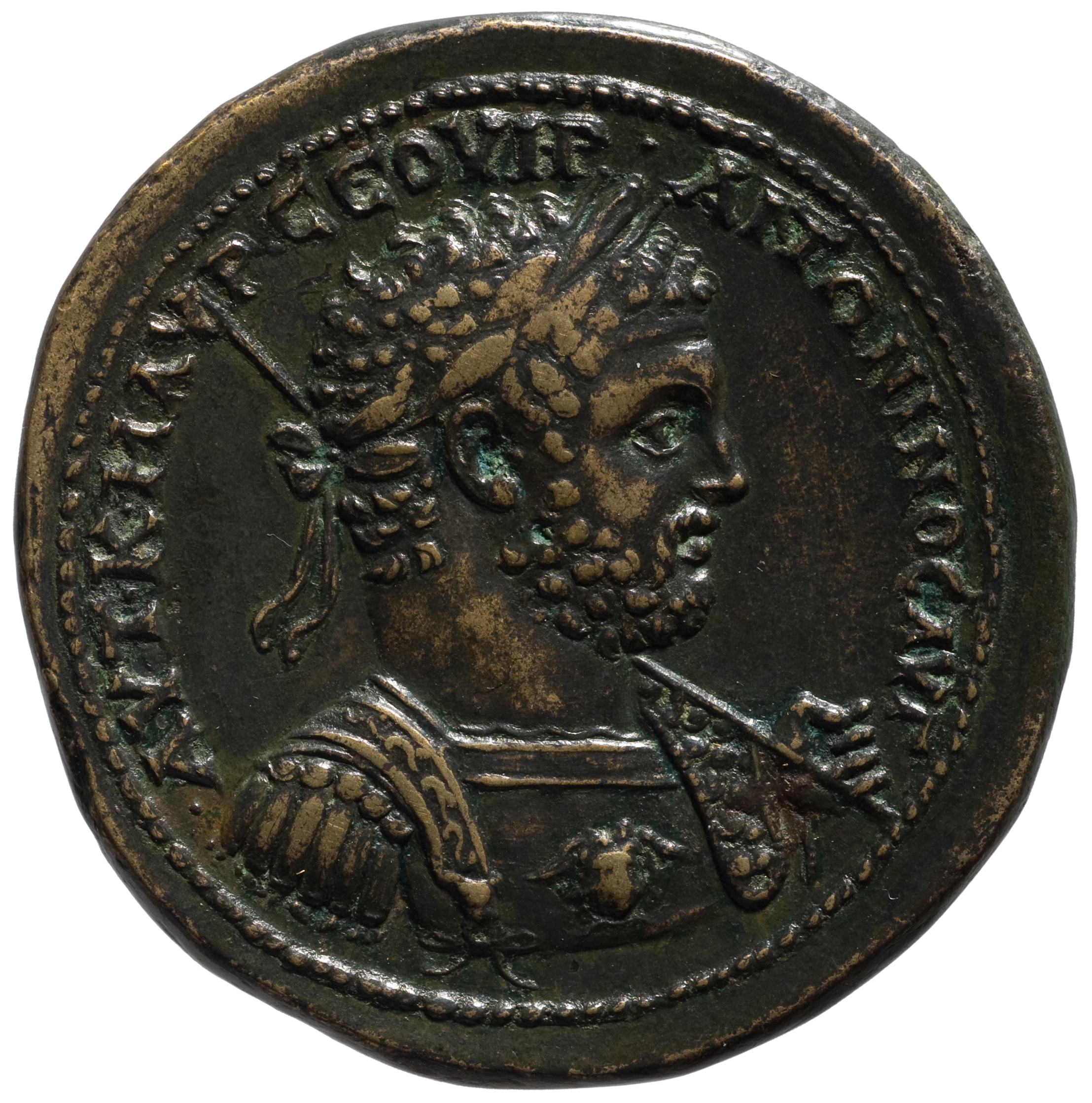 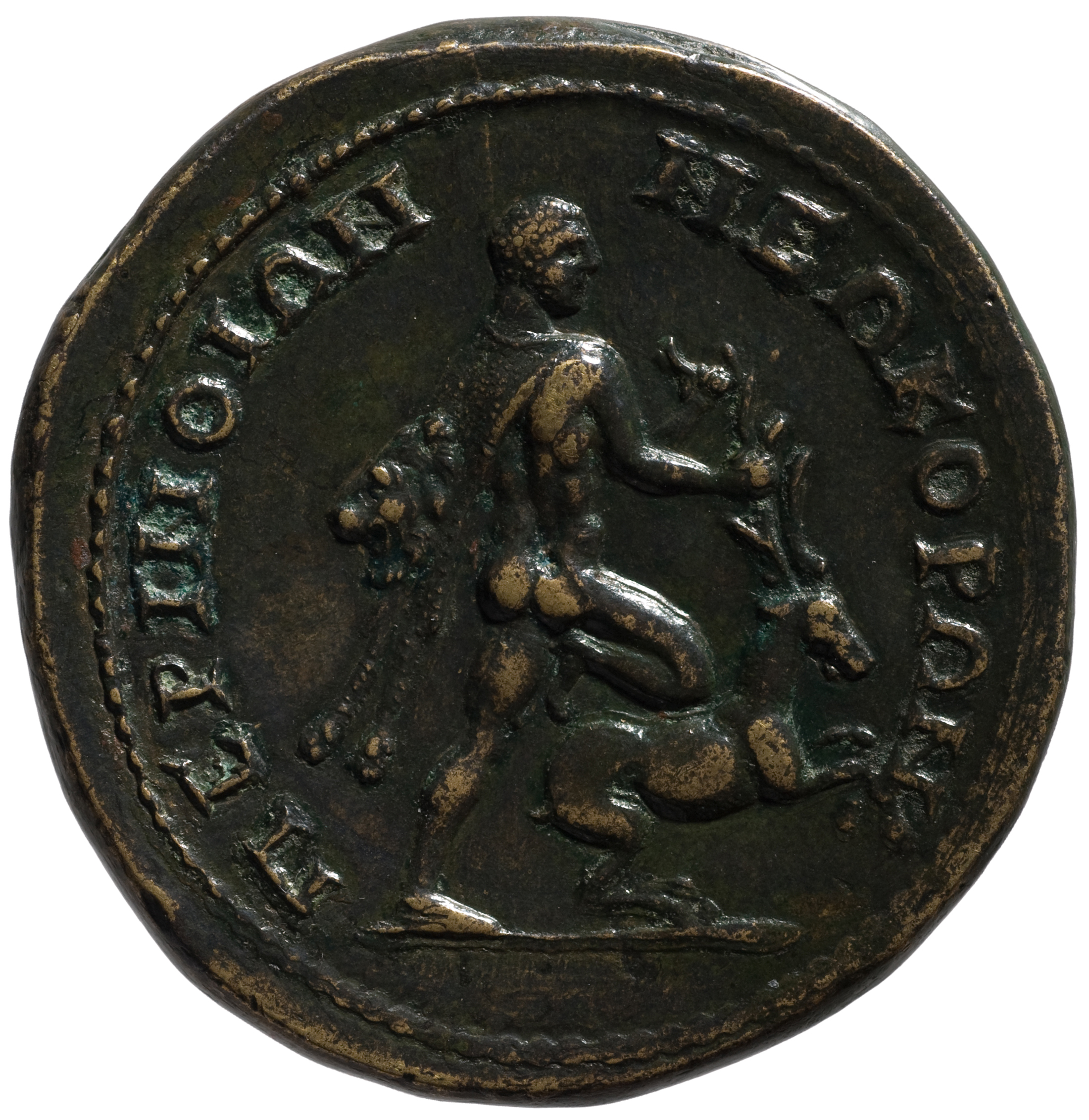 This month we take another look on a Perinthian medaillon coming from the Kunsthistorisches Museum in Vienna. While the obverse is showing a splendid bust of Caracalla with laurel wreath, cuirass with gorgoneion and spear over left shoulder, the reverse depicts a labour of Hercules. The Third Labour of Hercules was to catch the Ceryneian Hind. She was so fast that she could outrun an arrow. After finding her, Hercules followed her one year through the entire Greek mainland, also through Thrace. There are a lot of different stories of how he managed to capture her, in some of them Artemis is involved. Upon bringing the hind to Eurystheus, Hercules was told that it was to become part of the King's menagerie. Hercules knew that he had to return the hind to Artemis as he had promised to her, so he agreed to hand it over on the condition that Eurystheus himself come out and take it from him. The King came out, but the moment Hercules let the hind go, it sprinted back to its mistress Artemis, and Hercules left saying that Eurystheus had not been quick enough. Eurystheus, upset that Hercules had managed to overcome yet another creature, told him to bring the fearsome Erymanthian Boar back to him alive.
We have yet unbelievable 57 coins in CNT made out of this obverse die. Is there another one in your collection? Click here for an overview of the 57 coins and the various reverse dies it is combined with. http://www.corpus-nummorum.eu/coins.php?dieV=3822⦥=90