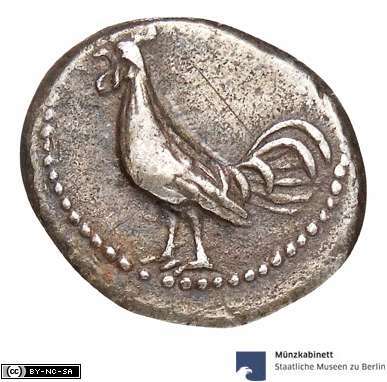 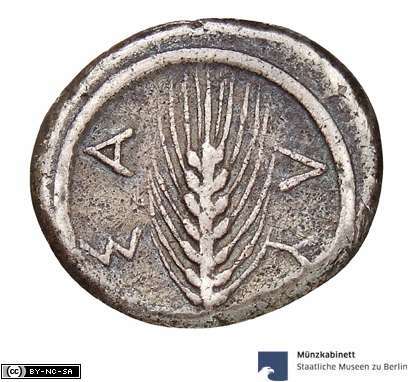 Selymbria, on the Propontis between Perinth and Byzantion, was a colony of the Greek city Megara in Attica. There is a great variety of the name of the city on coins, sometimes written with H or A (like here) and with or without M. The name seems to be a combination of the mythic founder Selys with the Thracian word BRIA meaning city. Also unclear is the choice of the motifs on the coins; the corn ear often refers to the cultivation of cereals and a cult of Demeter. The cock as a coin motif is best known from Himera on Sicily, but can also be found on the coins of the Thracian city Dikaia near Abdera.