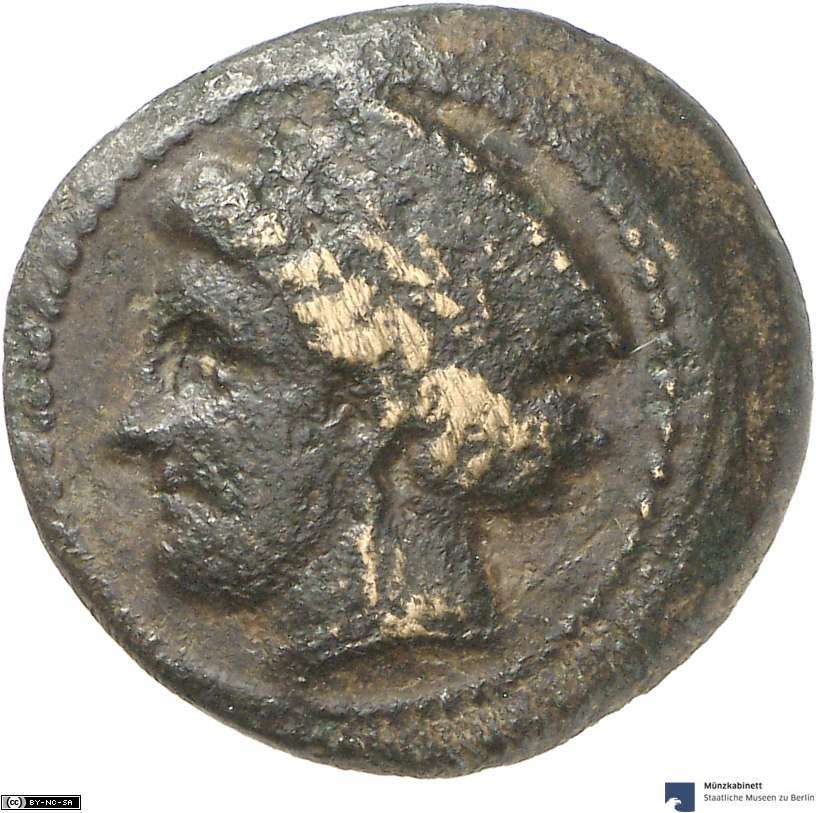 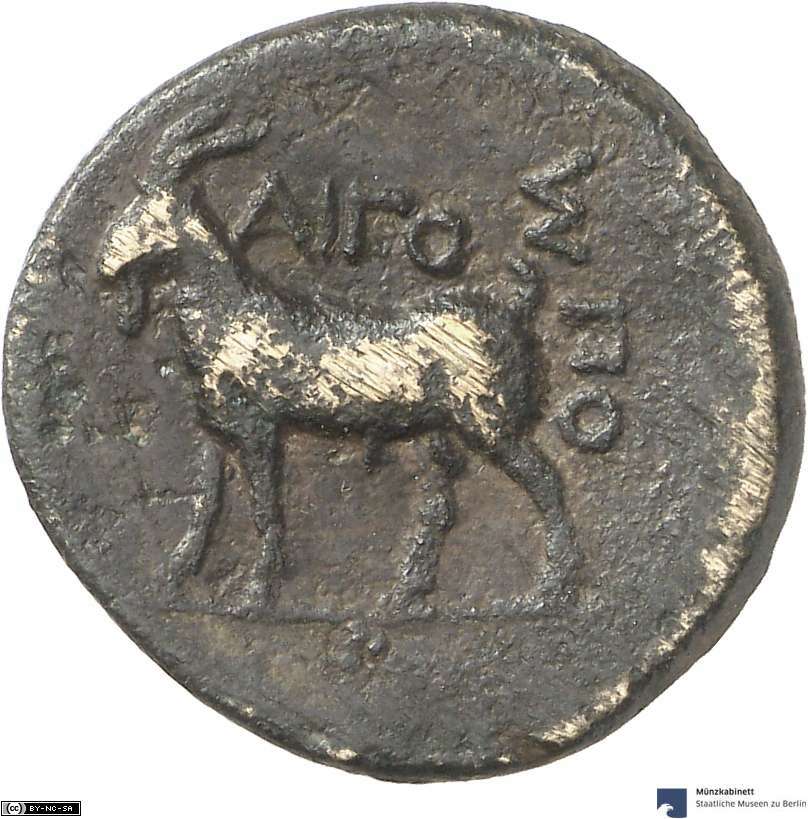 As many other cities on the Thracian Chersonesos Aigospotamoi minted only bronze coins during a short period in the 4th c. BC. Their obverse show the head of a godess interpreted as Demeter most of the times, the reverse illustrates via the image of the goat the city’s name. Aigospotamoi is most famous as site of the battle between Athens and Sparta at the end of the Peloponnesian War. In September 405 BC the Athenian fleet was destroyed here by Lysander. In consequence this victory of the Spartans ended the Peloponnesian war. An order of this event was the godlike adoration of Lysander; he was shown among the gods in a dedication monument at Delphi and in Samos the cult of Hera was named after him Lysandreia.