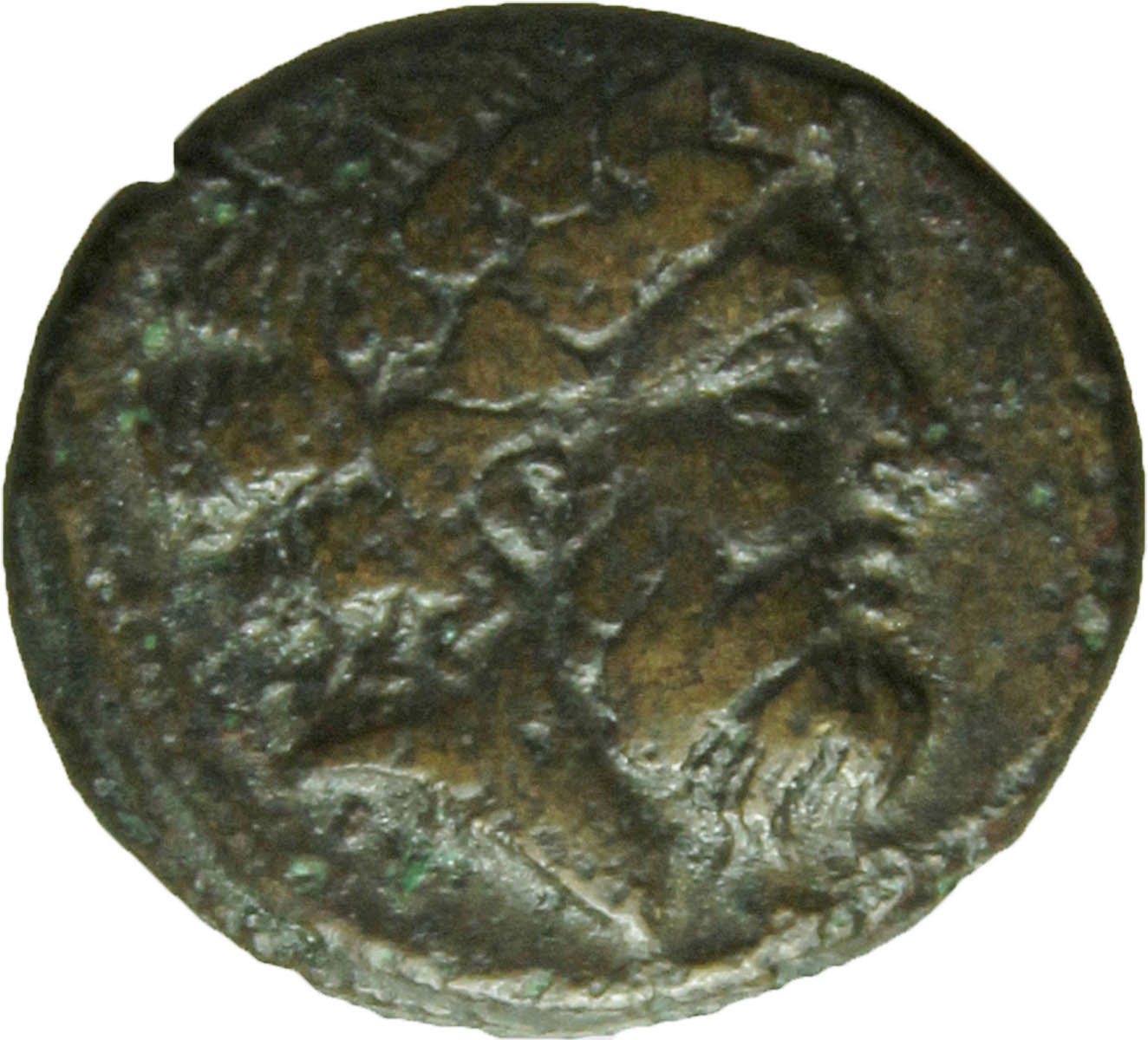 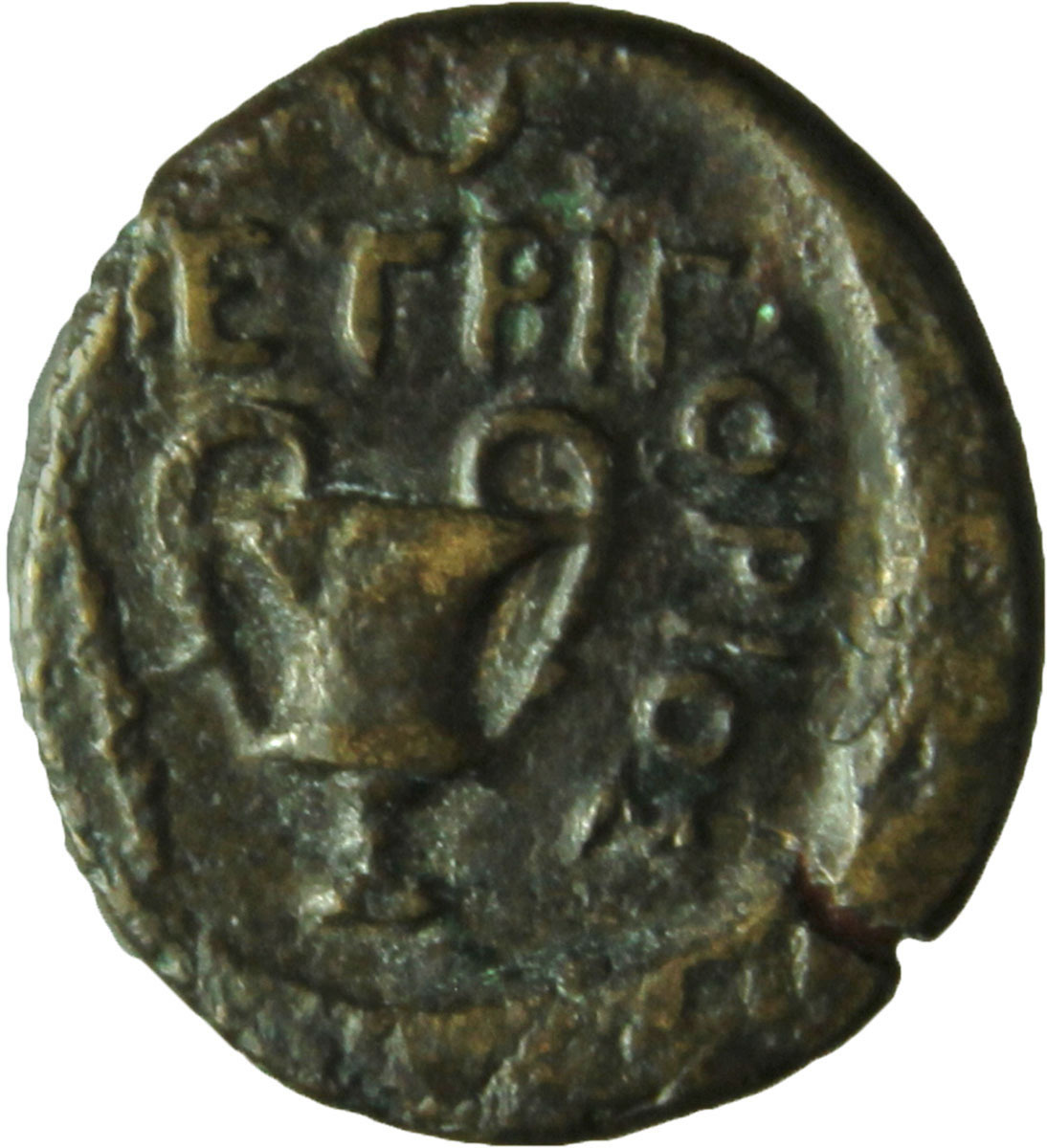 On the obverse of the coin we see the bearded head of Dionysus with an ivy wreath and on the reverse a cantharus and to left a thyrsus. The coin legend tells us the name of the ruler: KETPIΠOPIOΣ, which on the smaller denominations of the same type often appears in an abbreviated form. The typology of both coin-sides refers to the cult of Dionysus, which was widespread in Thrace and enjoyed great popularity. The head of Dionysus on the obverse of the coins of Cetriporis has stylistically very close parallels to similar designs on the gold and silver coins of Thasos of the first half of the 4th century BC. Perhaps the coins of this ruler were minted in the Thasian mint. Cetriporis inherited from his father Berisades the western part of Thrace, further to the east his brothers Cersobleptes and Amadocus II functioned as rulers. In 356 BC they concluded – together with Lyppeus, king of Paeonia, and Grabus, king of Illyria, – an alliance with Athens against Philippus II (IG II/III2 127). But this alliance was not successful and Cetriporis became a vassal of the Macedonian king (Diod. 16,22,3) and therefore also the coinage of this Thracian dynast came to an end.