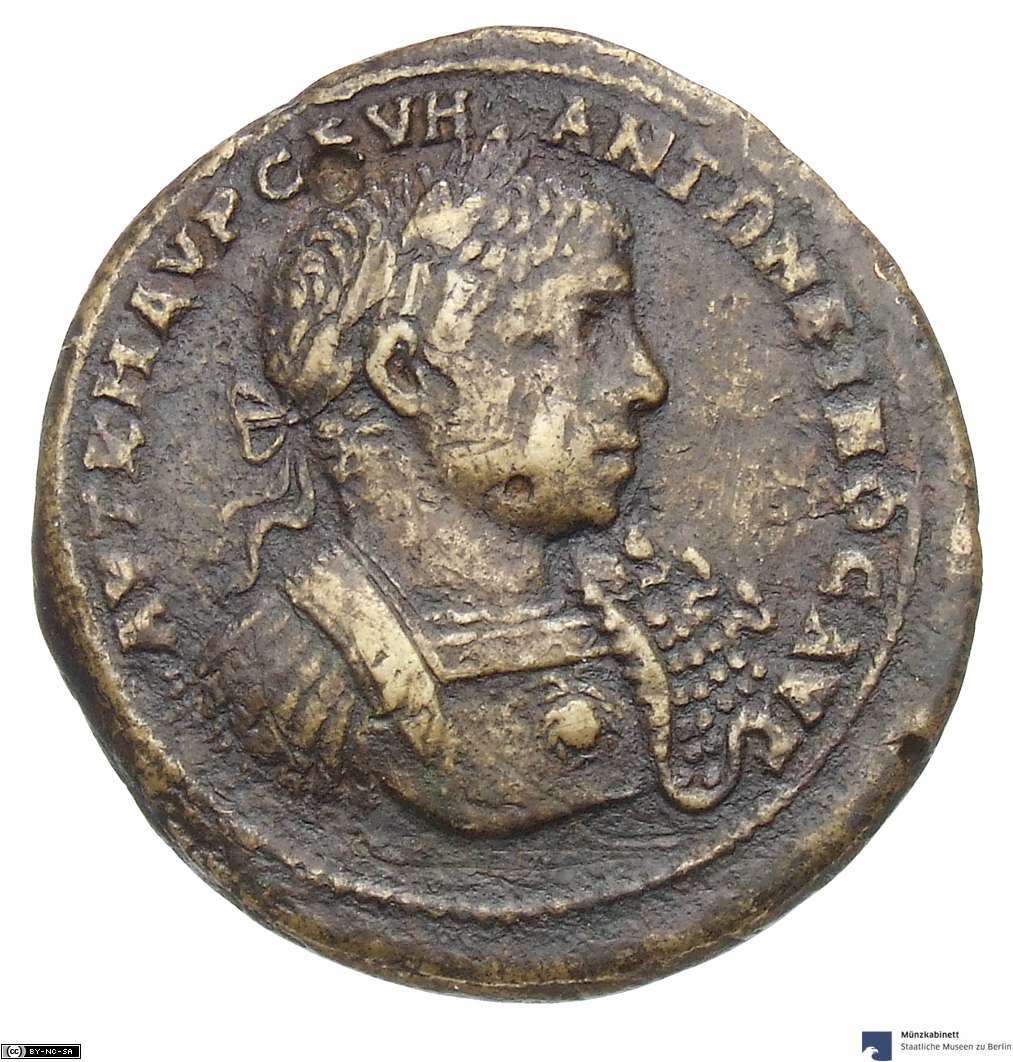 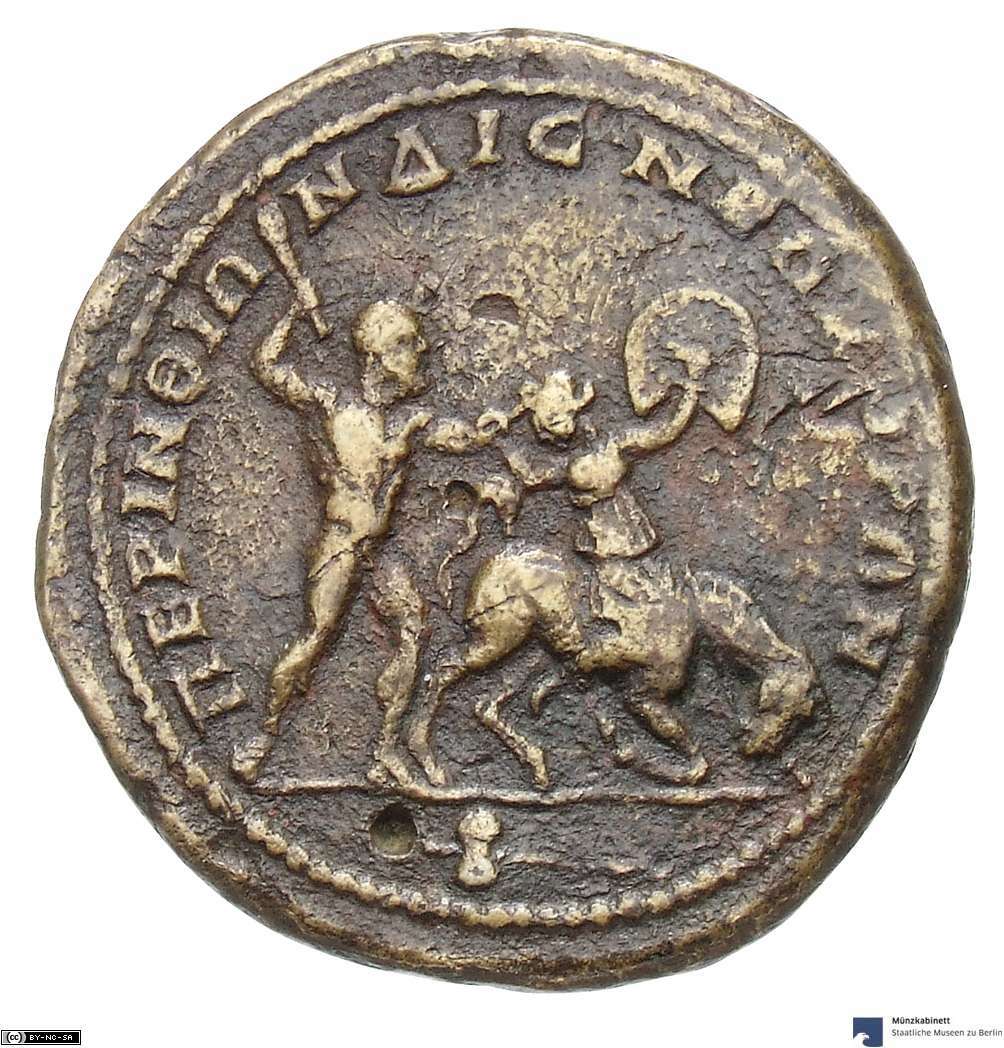 On the coins of Perinth often Heracles is depicted, because he was the mythic founder of the city and had a cult there. Besides his portrait and club, on Roman coins almost all his labors he had to carry out for Eurystheus are shown. Among those on Perinthian coins we can find both the prominent labors like the wrestling with the Nemean Lion and the more unfamiliar stories, not often shown on coins like his fight against Hippolyta. In his 9th labor Heracles should bring Eurystheus the belt of the queen of the amazons Hippolyta, which was given to her by her father Ares. She wanted to give him the belt voluntarily, but Hera making herself appear as an Amazon, spread the rumor that Heracles wants to abduct the queen. So it came to the fight shown on the coin, where Heracles is grappling Hippolyta, who wants to escape on her horse.