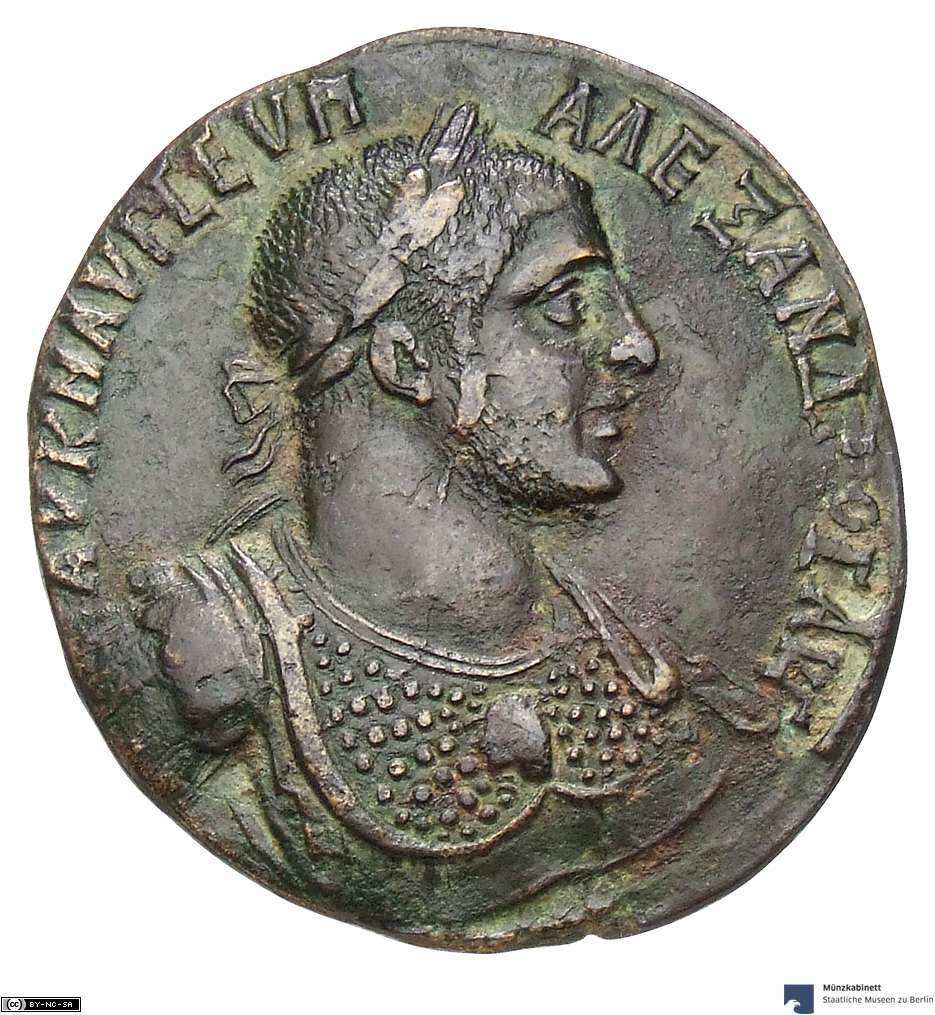 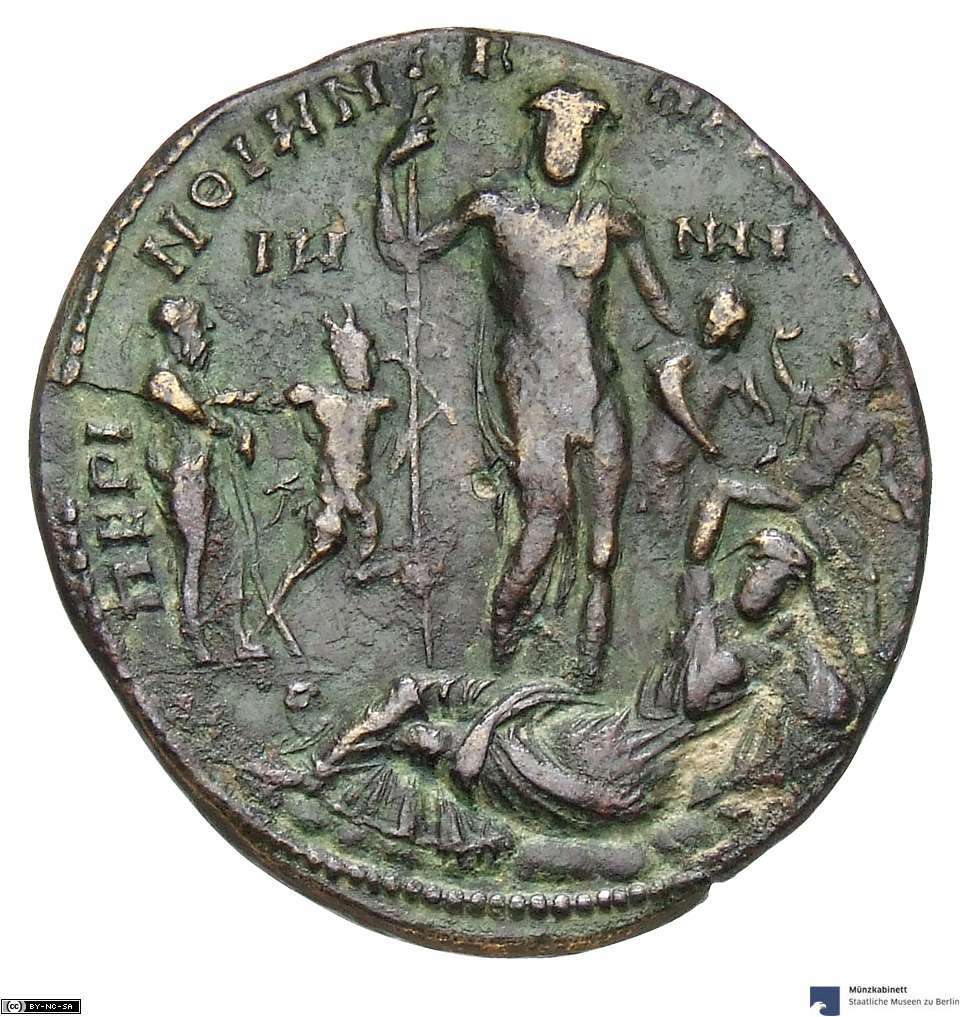 The bronze coin was produced in the time of Severus Alexander, who is shown on the obverse in military dress. But more curious is the motif on the reverse; in the foreground a woman is laying asleep; she is Ariadne, the daughter of king Minos from Crete, who helped Theseus finding his way out of the labyrinth. On the island of Naxos she was left by Theseus and found by Dionysus, who fell in love with her. This moment of the detection is depicted on the coin. Dionysus is accompanied by the god pan, papposilen and satyrs. A most remarkable detail is that this coin could help to identify a statue today in the Vatican as Ariadne, because the same type is shown. Further remarkable motifs of coins of Perinth will follow in our Coin of the Month-series.