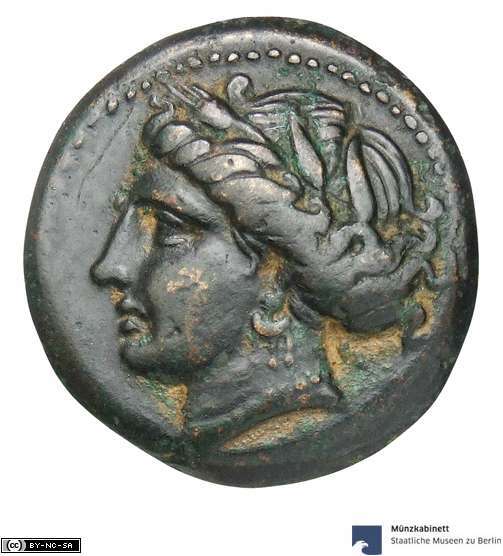 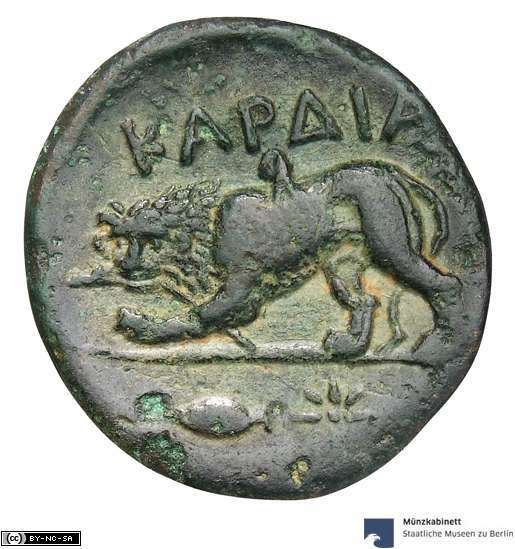 Kardia, a foundation of Milet and Klazomenai and located in the north-west of the Thracian Chersoneses, minted their own bronze coins just from the middle of the 4th c. BC up to its destruction by Lysimachus in 309 BC. The coins often showed a lion or lion head, which is also the emblem on the coins of Milet. Further motifs are related to the production of grain—such as ears, corns, or the head of the goddess Demeter. But Kardia did not just mint their own coins in bronze, the common currency of Chersoneses Peninsula was probably minted in silver here as well starting from the middle of the 5th century. These coins also had a lion on the obverse, but depicted looking behind over its back; depending on the period there was additionally an inscription XEP.