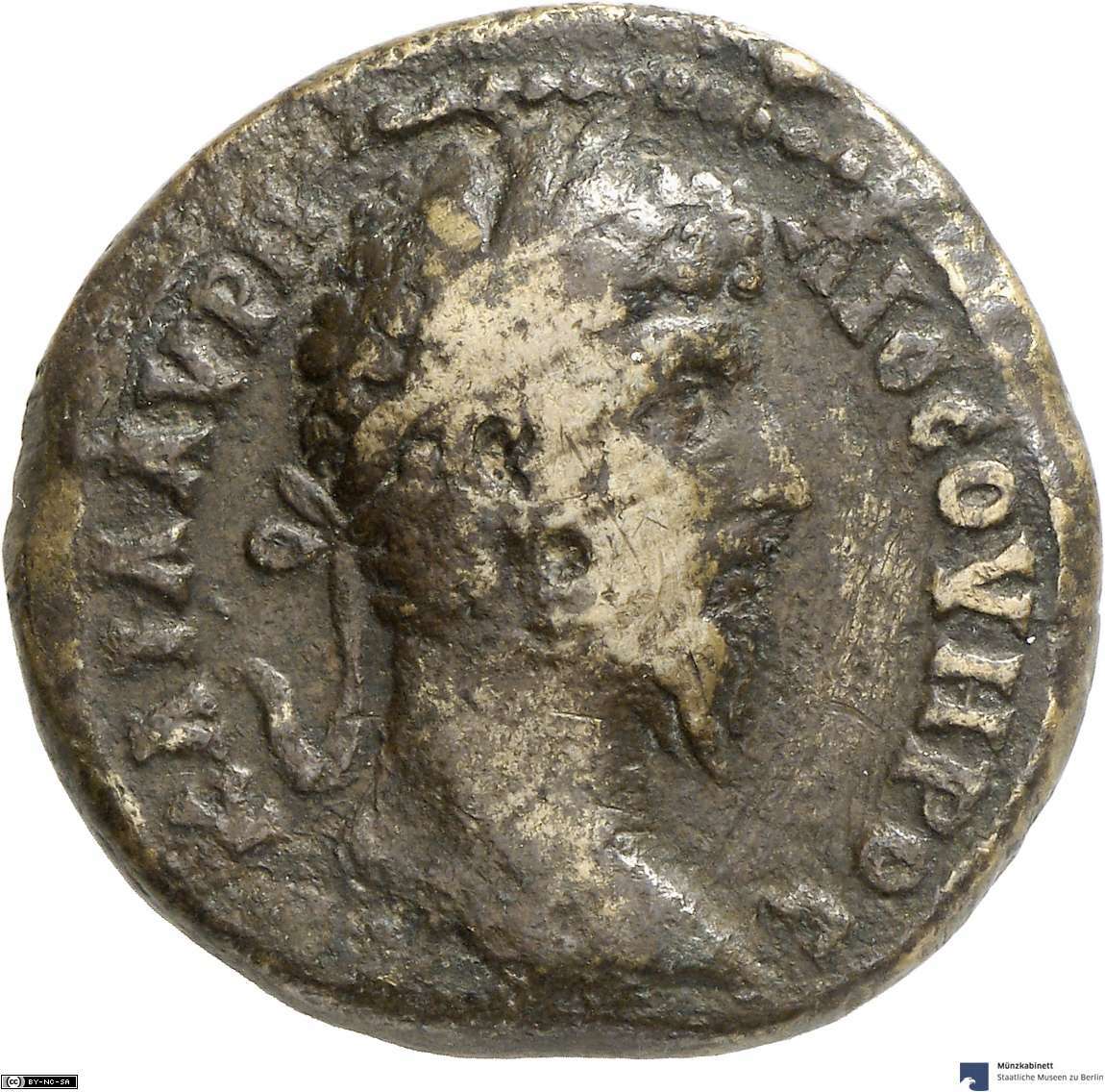 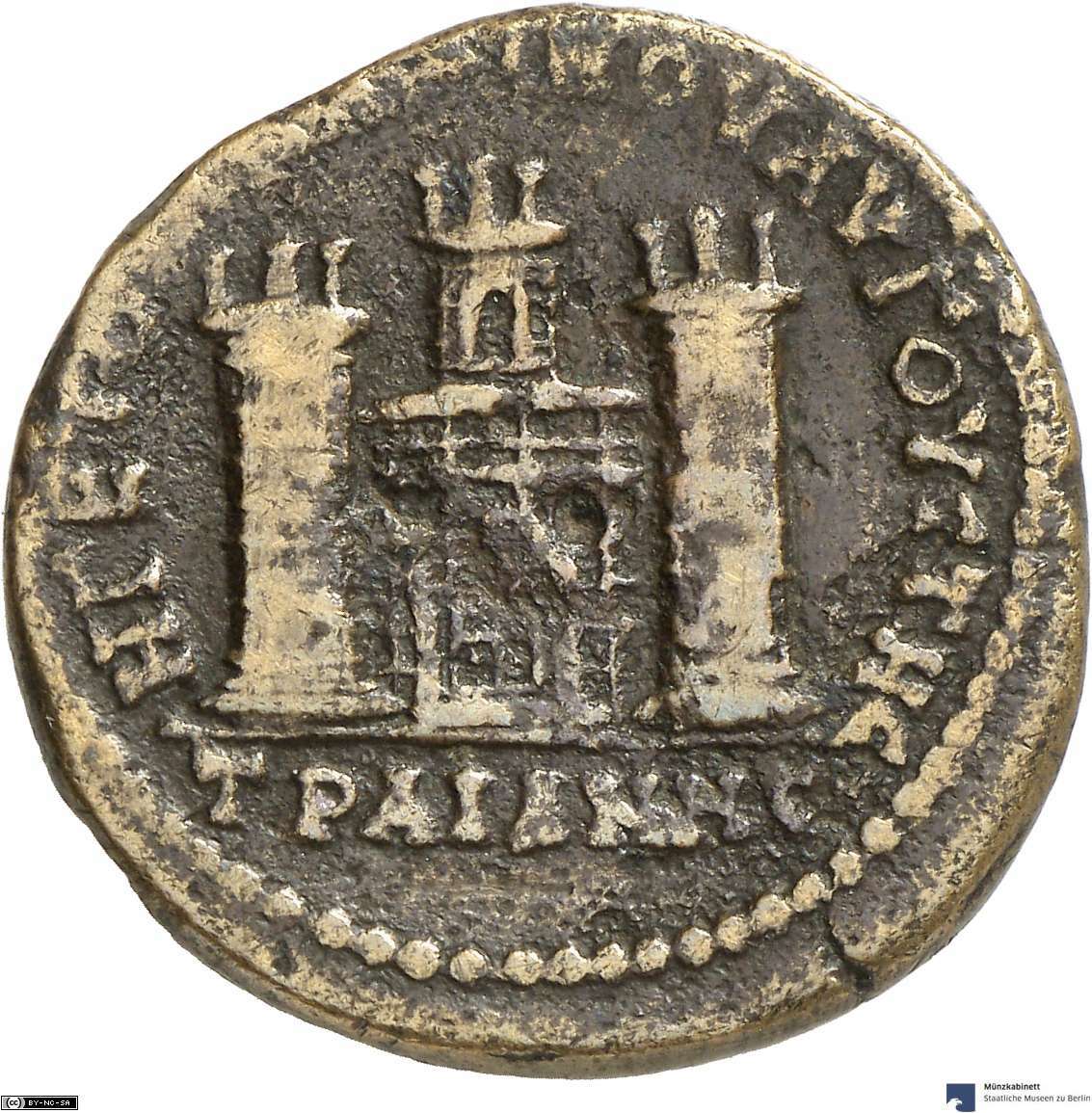 A common motif on Thracian coins is the depiction of architecture. Often the buildings from the city that mints the coins are shown on the city’s coinage. In this case the reverse of this bronze coin shows the city gate of Augusta Traiana from the times of Lucius Verus,
who is portrayed on the obverse of the coin. The gate is flanked by two towers and a third can be seen behind it. Often it is difficult to determine how realistic such pictures of architecture on coins are. It has been supposed that the representations have been adjusted for the small round format. Now CNT is offering the possibility to have a look at a few of Thracian coins with architectural designs and to compare them. Take a look for yourself!