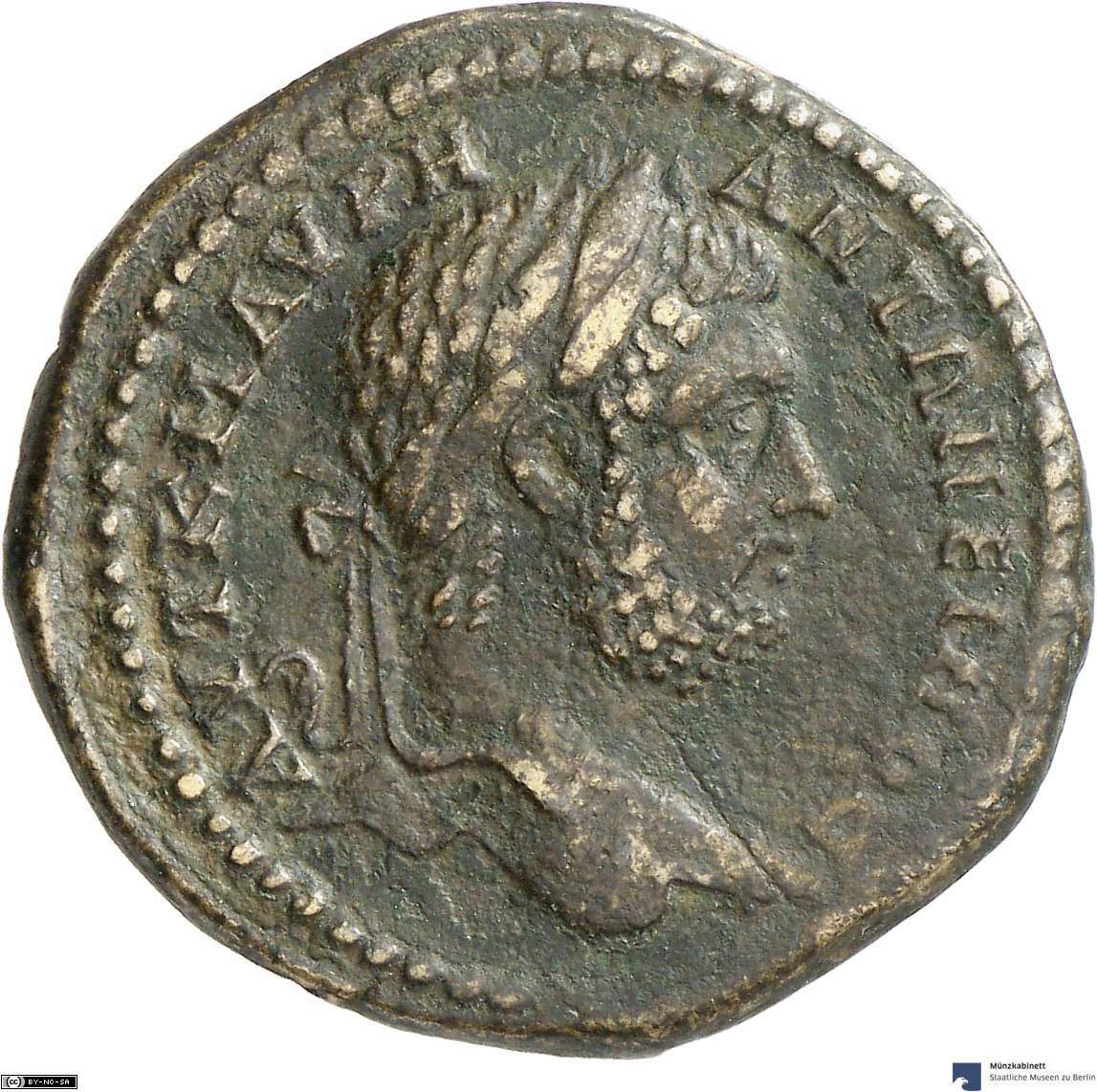 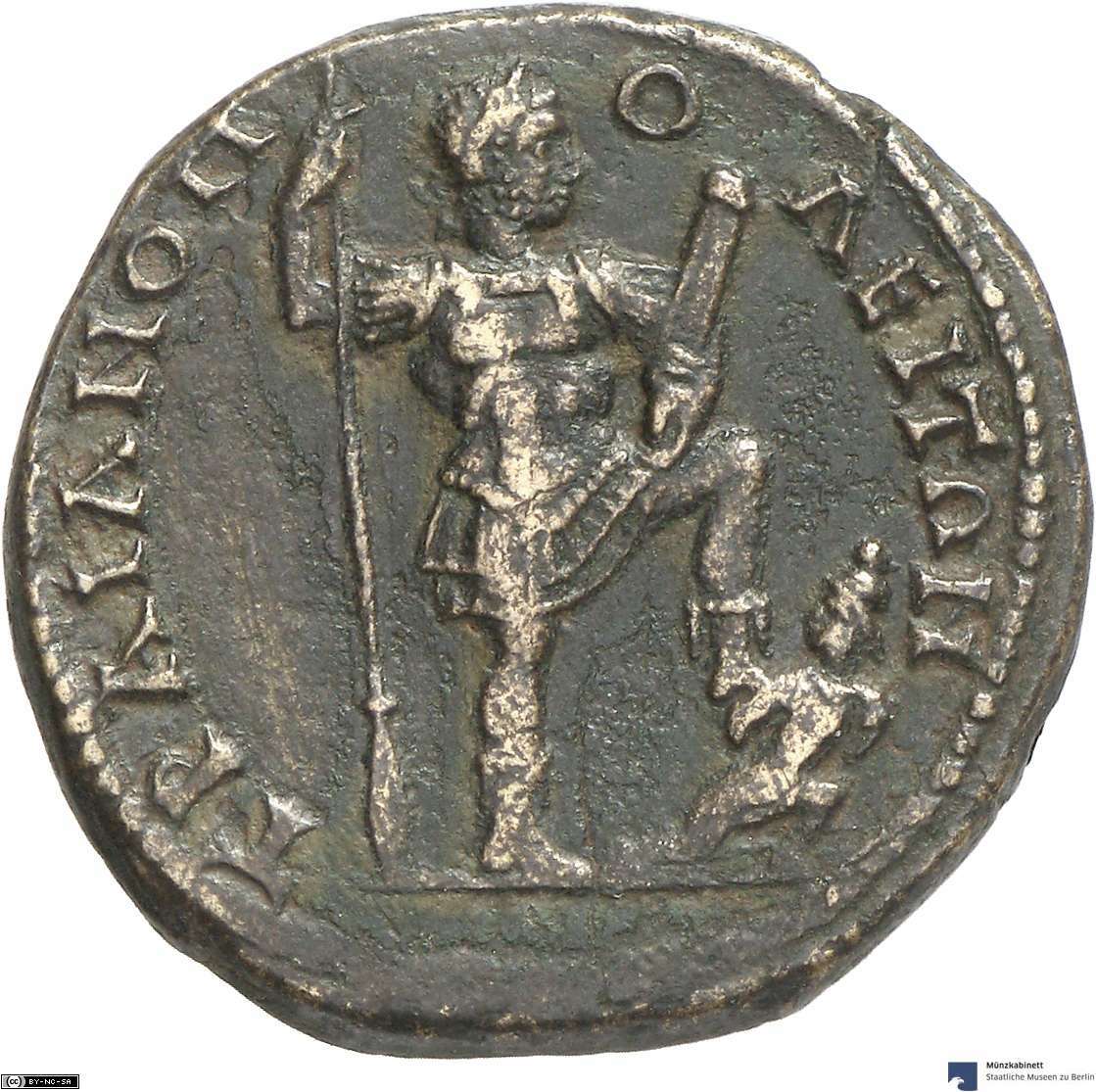 The city founded by Trajan and named after him only minted coins from the period of Marcus Aurelius to Gordian III. Most of the city's coinage comes from the reign of the emperor
Caracalla, who is shown on both sides of this coin from Traianopolis. On the obverse Caracalla is depicted in a portrait with a beard and laurel wreath. On the reverse he is presented in his military dress with lance and sword. The upright standing Caracalla
looks off into the distance and does not seem to give notice to the small captive with a phrygian cap on whom he has put his left foot. The captive's arms are tied behind his back and he is looking entreatingly backwards to the emperor.