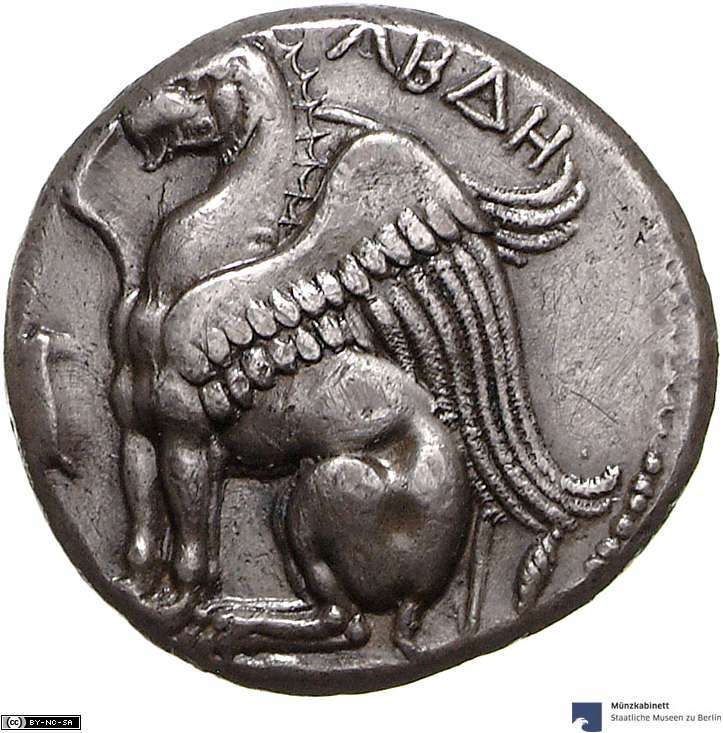 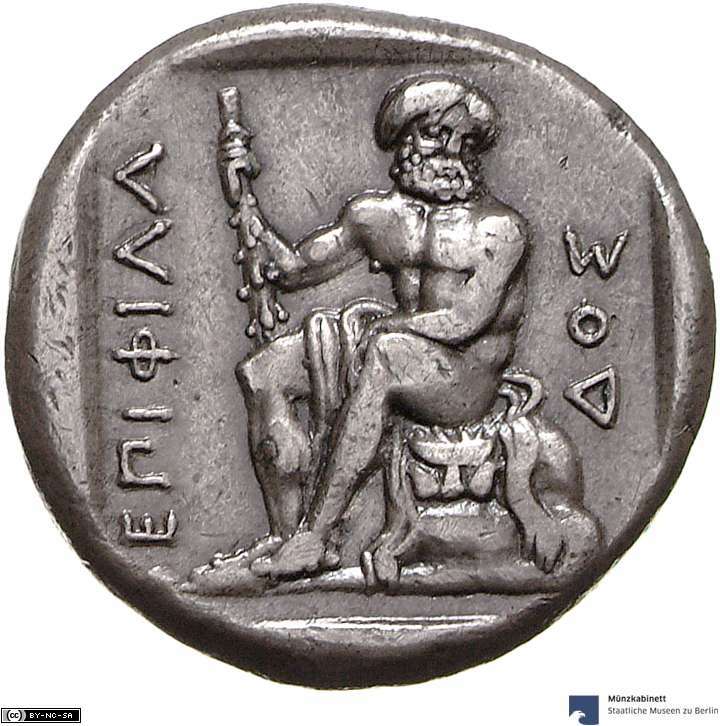 Abdera on the Aegean littoral first a colony of Klazomenai and then refounded by Teos minted a huge emission of own coinage from the beginning of the city until the middle of the 4th c. BC when Abdera has been incorporated in Philipp of Macedon’s kingdom. Abdera was also the mint for coins of the Thracian ruler Spokes as well as for Philipp and Alexander. Then in Roman times the city produced a small series of own bronze coins. The motif on the obverses of abderitan coins is always the griffin, also used on the coins of the mother city Teos, the reverses show a great variety of diverse motifs in a very high quality. On our reverse Heracles is shown resting on a rock in a picturesque manner. Another characteristic of coins from Abdera is that often names of magistrates can be found on them, on our Coin of the Month the name of Philas can be read.