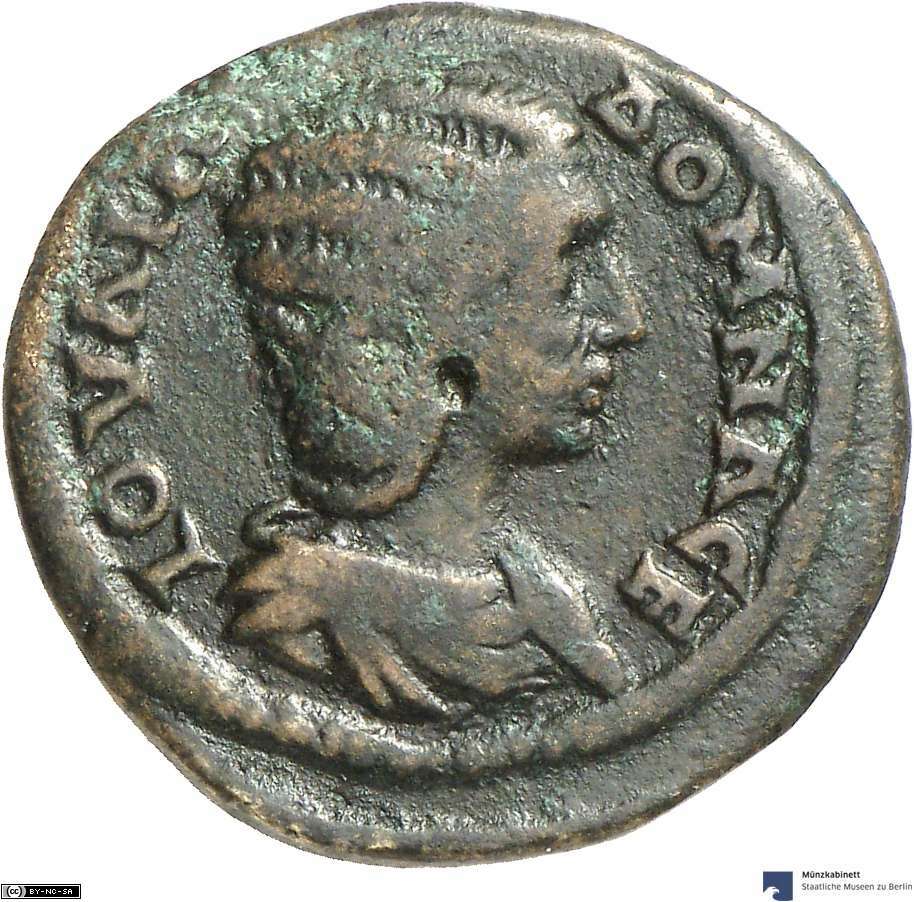 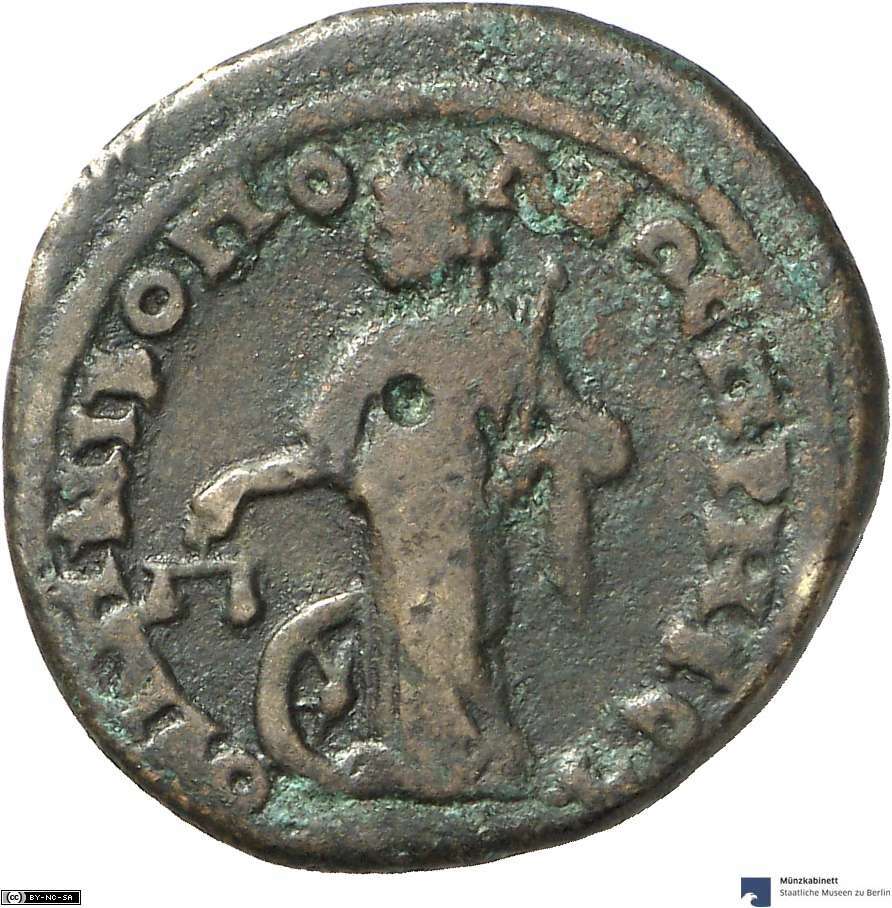 Nikopolis at the river Nestos was founded by Trajan in the year 106 AD. The city minted only bronze coins for a very short period. On the obverses the portraits of Iulia Domna, Caracalla and Geta can be found. Iulia Domna was born in Syria and was the second wife of Septimius Severus. The mother of Caracalla and Geta is shown on our coin of Nikopolis ad Nestum in combination with the reverse picture of the goddess Nemesis with her typical attributes: wheel, scale and cubit. Nemesis as the goddess of divine retribution and revenge needs these instruments to measure guilt and decide punishment.