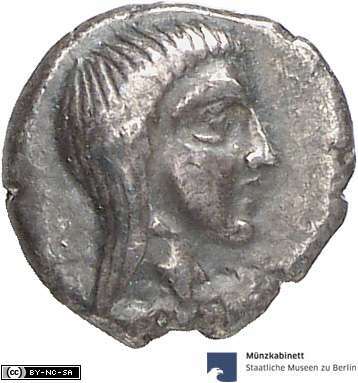 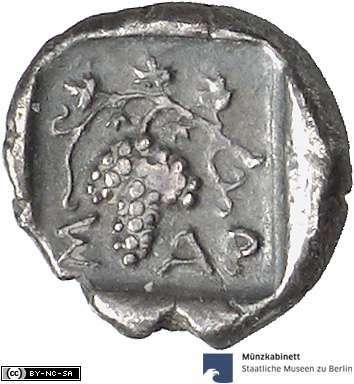 September 2014: The Coin of Saratokos

This silver coin was minted around 400 B.C. during
the dynasty of Saratokos, a ruler who is known only through his coinage.
The profile of a man's head on the obverse could be a portrait of
Saratokos, whose name can be read by its first few letters on the
reverse side. Saratokos based his coinage on the Greek coins of the
region; one finds for example the imagery of grapes on a vine-stalk on
the reverse of coins for the city Maroneia as well. This and other
findings suggest that his dominion extended to southwest Thrace.