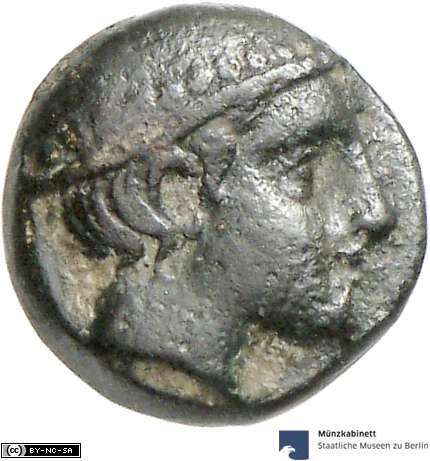 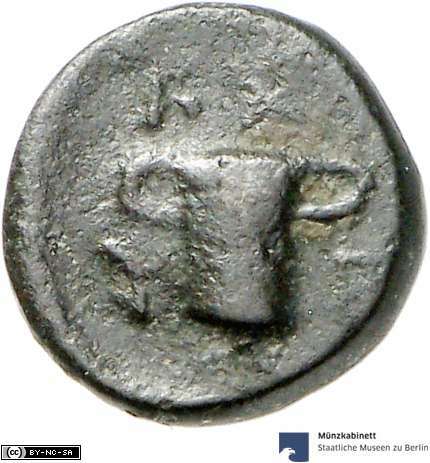 On the reverse of the coins from Cypsela a canting badge for the city's name is often used for the illustration. In reality the cup's two handles were presumably mounted horizontally, not vertically as shown in the picture (this was done to improve the visibility of the handles). Such a vase was called Cypsela in Greek. The obverse shows the head of the god Hermes, who can be recognized by his characteristic hat, the petasos. In Cypsela, today's İpsala in the West of Turkey, bronze coins were minted for a very short period from 415 to 387 BC.