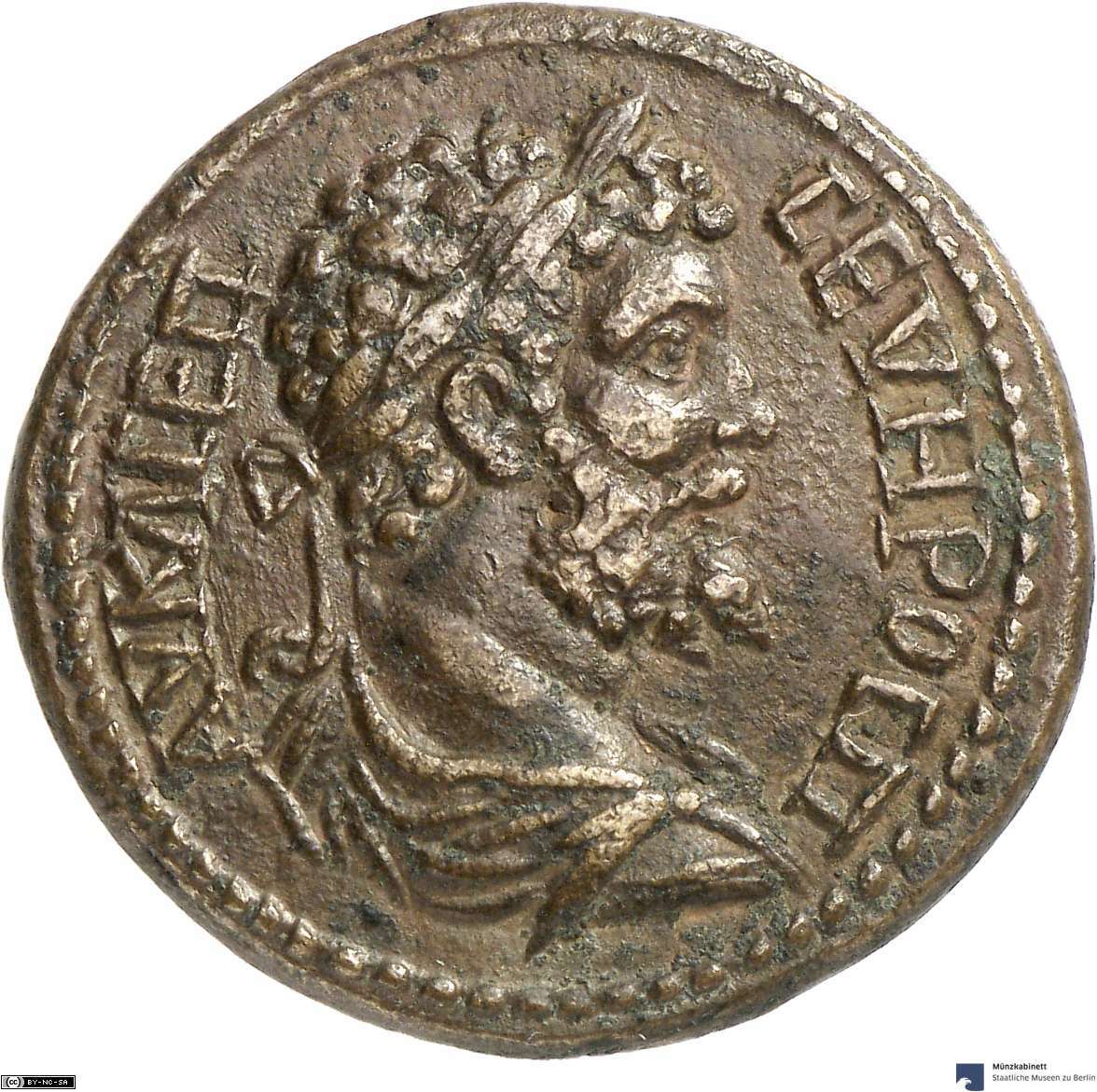 The city of Bizye, today Vize in the European part of Turkey, first began minting coins during the period of the Roman emperor Hadrian. This coin of Septimius Severus, whose portrait is shown on the obverse, displays a rarely seen motif on its reverse. A naked hero with helmet, spear and shield, stands on a wall and is carrying a ladder. This hero is Kapaneus, one of the Seven against Thebes, famous for his strength but also for his arrogance. Kapaneus declared that not even a god could stop him from capturing Thebes. As he stood on his ladder leaning against the walls of Thebes, Zeus killed him with a thunderbolt as punishment for his hubris. The motif is shown on a Thracian coin because there seems to be a strong mythological connection between legends from Bizye and the Theban group of sagas.